These next 7 weeks of free agency and the draft will be the biggest test for new Broncos GM George Paton. 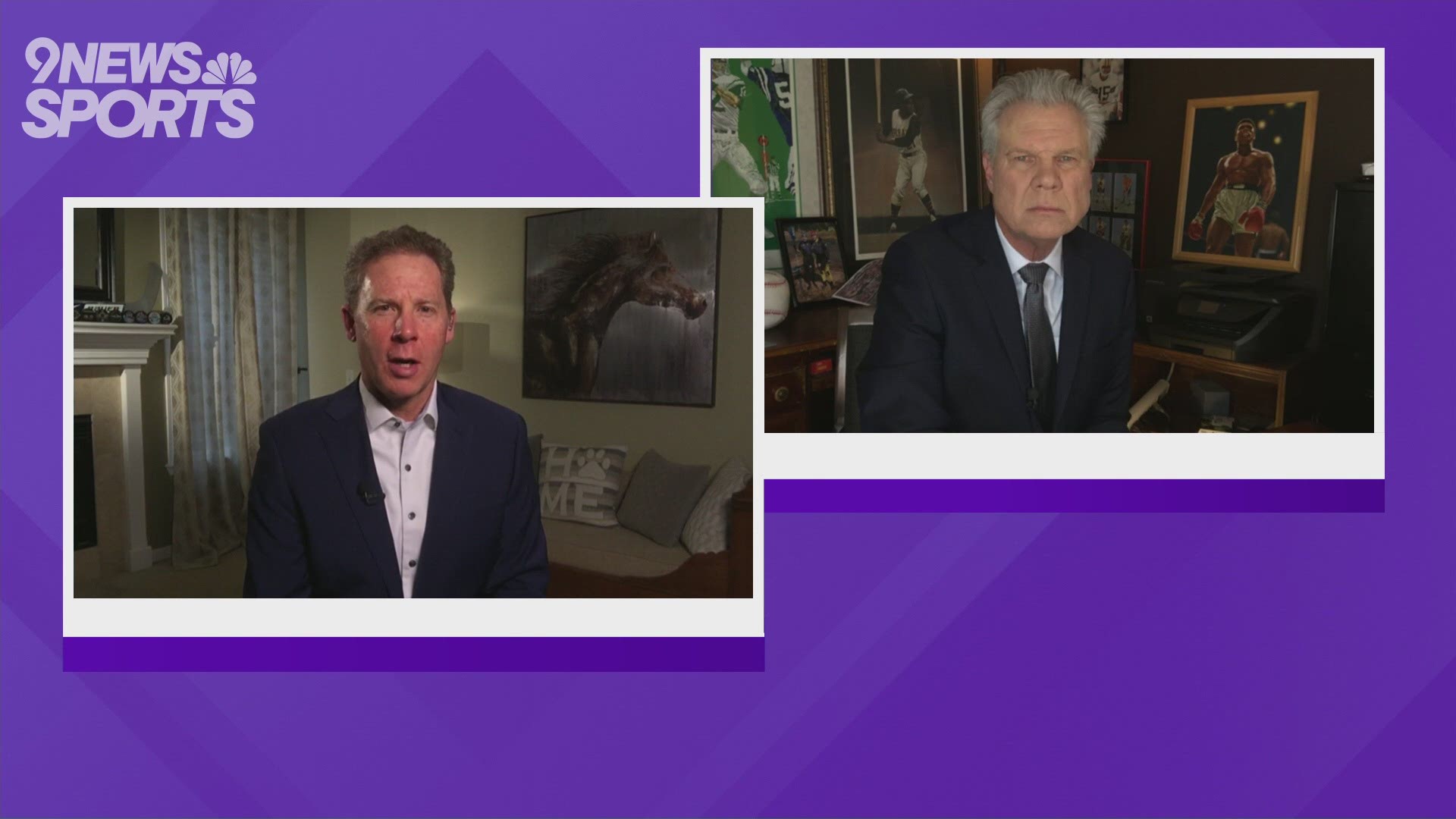 DENVER — George Paton will not enter his first free agency from the Big Boy chair ill-prepared.

His pre-sunrise, tape-watching sessions and work ethic have been well-documented (through an in-house documentary). His extensive experience in dealing with agents, executing trades, managing the salary cap and building a roster as second-in-command the previous 14 years with the Vikings should make him well-equipped to build a better Broncos.

NFL free agency essentially opens Monday with teams able to negotiate with free agents from all clubs, not just their own. No one bats 1.000 in free agency, with the possible exception of the Broncos’ 2014 class of DeMarcus Ware, Aqib Talib, T.J. Ward and Emmanuel Sanders. But even Bill Belichick during his 20-year dynasty in New England had his Adalius Thomas and Chad Ochocinco misses.

The Broncos have some of their own free-agent players whom they would like to bring back after they have tested the market, most notably defensive end Shelby Harris. They’d also like to replace safety Justin Simmons’ No.2 franchise tag salary of $13.73 million with a multiyear deal – it would make sense for both sides to have financial certainty (re: new contract) by the time free agency officially begins Wednesday.

Along with this, Paton still must decide on whether to rework, pick up or decline the guaranteed options for edge rusher Von Miller ($7 million) and safety Kareem Jackson ($1.5 million) by Tuesday.

Here’s a look at 17 players who figure to draw the Broncos’ interest as the league season opens:

He would bring the type of mature leadership and game-management QB style that would complement incumbent starter Drew Lock. Paton was part of the Vikings’ management team that traded back into the first round of the 2014 draft to take Bridgewater with the No. 32 overall pick. Bridgewater also had an o 2016fseason, preseason and training camp with Broncos’ offensive coordinator Pat Shurmur in Minnesota before suffering a gruesome knee injury in practice.

The issue with acquiring Bridgewater is he’s not a free agent. The Broncos would have to acquire him in a trade with the Panthers – and his $17.95 million payout this season that includes $10 million fully guaranteed is prohibitive for a QB who would have to beat out Lock for the No. 1 job. Either Carolina would have to eat some money, Bridgewater would have to restructure his contract, or both, for a trade to happen.

The No. 2 overall pick in the 2017 draft – ahead of Patrick Mahomes II and Deshaun Watson, who went No. 10 and 12, respectively -- Trubisky had it going in 2018 when with the backing of the Vic Fangio defense posted an 11-3 record for the Bears and came within a double-clanked field goal attempt of winning a playoff game. But Trubisky started losing favor in 2019 and was benched last season despite a 3-0 start in favor of Nick Foles. Trubisky returned to start the final six games and played reasonably well, although not well enough for the Bears to prevent him from leaving for free agency.

Trubisky is a better athlete than Lock in terms of running the ball, although Lock has a little more arm talent. It helps that Trubisky showed last year with Foles he can handle a QB controversy and play the No. 2 role without it negatively affecting his attitude or performance once called up.

Between Lock and Trubisky, the Broncos could wind up with a young, promising quarterback who finds himself.

A 9-year starter in Cincinnati before he transitioning to a second career as a veteran backup who can come off the bench and help a team win, Dalton could be viewed as a perfect mentor for Lock – and replacement if Lock’s play gets sideways.

A backup-turned-starter-turned-part-time starter, Fitzmagic has made a nice late-career living as a bridge quarterback for teams otherwise developing a first-round rookie, or in coming off the bench to bring respectability to bad teams.

Of all the veteran backups on the market, Winston has the greatest arm talent. He can sling it with the best of them – and turn it over like no one else.

Might as well go big, right George Paton? Neither disgruntled superstar is on the trading block although both apparently want out. The Broncos aren’t on Wilson’s short list, but what other NFL city can also help him scratch his buried-if-not-forgotten baseball itch? (Besides New York where the Yankees hold his rights). The Broncos are on Watson’s short list, providing Houston eventually caves to his trade request.

>> Video above: The latest on Von Miller's future with the Broncos

A.J. Bouye didn’t work out, but the Broncos still want a taller starting corner to partner with Bryce Callahan. The 6-foot-1 Rhodes was a first-round draft pick of Paton’s Vikings in 2013. Rhodes declining cover ability, though, was exposed in a 2019 game against the Broncos’ Courtland Sutton.

He’s 6-foot-2 and had 9 tackles in a late-season win against the Broncos. Had 5 interceptions combined the past two seasons.

The 6-foot former Colorado Buffalo would love a return to the Rocky Mountains. A second-round draft pick, Awuzie was a four-year starting No. 2 corner with Cowboys who struggled at times but may flourish in Fangio’s off-with-vision cover style.

He’s big at 33 and can still play even if he has lost a step or so. He needs Fangio’s play-off-with-vision style.

The best of the available slot corners as the Broncos’ Essang Bassey is coming off a late-season ACL injury and is not expected to be ready to start the season.

A 6-foot-2, 305-pound, run-stuffer, which the Broncos could use with Mike Purcell coming off Lisfranc surgery.

Broncos had interest in the defensive tackle last year when he was a free agent from Seattle. At 6-4, 291 pounds, Jefferson would project as a 3-4 defensive end. Broncos interest may be dependent on whether they can re-sign Shelby Harris.

If the Broncos can’t work out a new deal with Von Miller, a pass-rushing outside linebacker will become a priority. A first-round draft pick and three-year starter for Fangio in Chicago, Floyd registered a career-best 10.5 sacks last year for Fangio disciple Brandon Staley.

Wouldn’t it be something the Broncos  brought back Shaq, a Miller backup for five years (counting his undrafted rookie season out of Colorado State that was spent mostly on the practice squad). In two years with the Bucs, Barrett posted an NFL-most 31.5 sacks (counting 4.0 sacks in the 2020-season NFC Championship Game and Super Bowl) and picked up his second Super Bowl ring. He would command a $20 million-a-year contract so he’s not likely to wind up with a Broncos’ team that is still two years of strong Paton decisions away from Elite Eight contention.

The trick is to find Shaq Barrett as he left the Broncos – an ascending player who hasn’t quite made it yet, but is ready to explode. Lawson had 20 sacks in four seasons in Cincinnati.