Paton's early work draws praise, but question remains: Where is the new quarterback?

Here are 4 plans for the Broncos to improve their QB situation that is still led by Drew Lock. 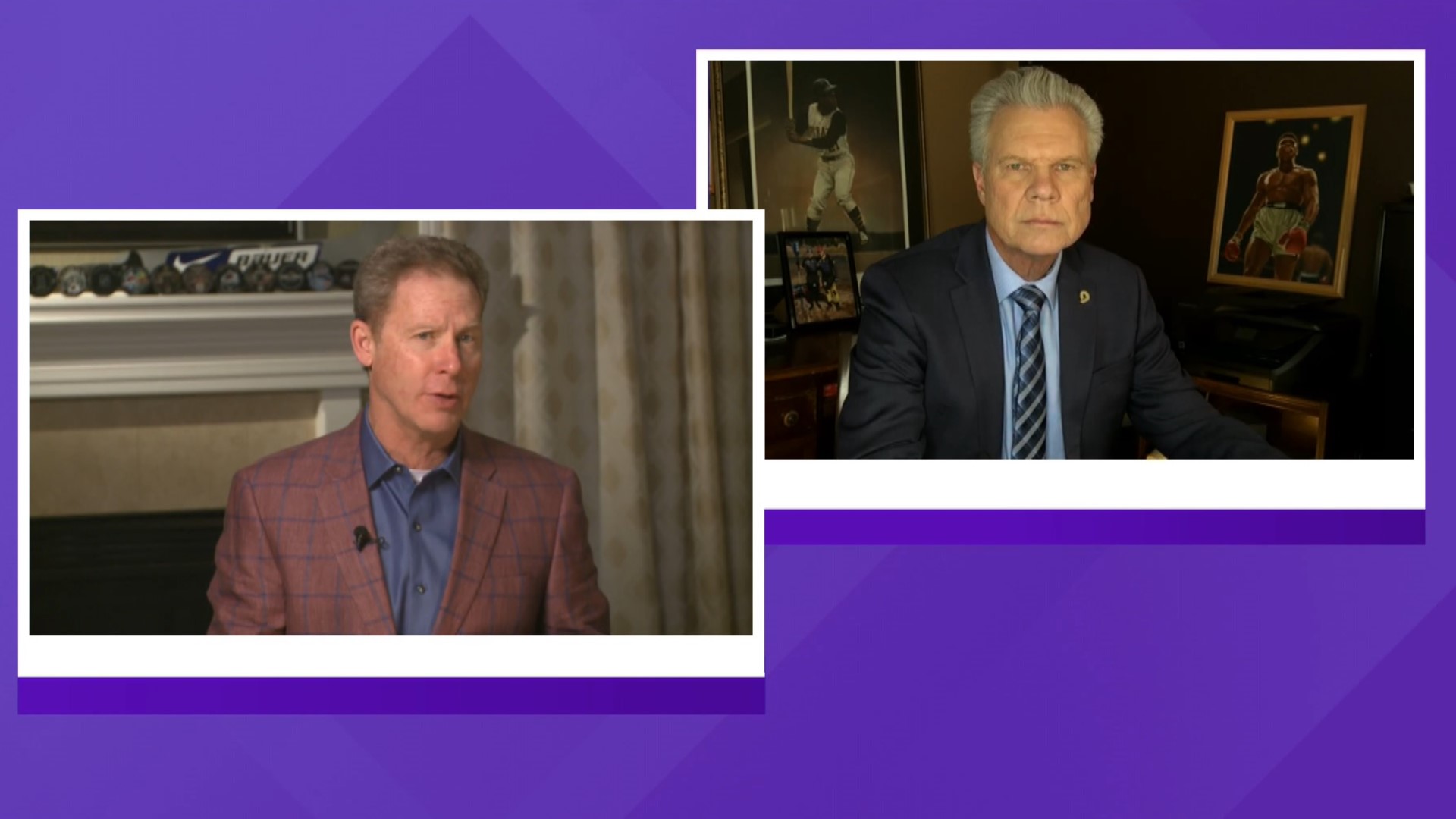 ENGLEWOOD, Colo. — George Paton has followed a legend by showing up to work while it’s still dark outside.

He has transferred worked ethic to execution by transforming the cornerback position from the roster’s No. 1 weakness to one of its strengths with the free-agent signings of Ronald Darby and Kendall Fuller.

He made substantial financial commitments to bring back the popular Von Miller, Justin Simmons and Shelby Harris and got another key player, Kareem Jackson, at a 50 percent discount.

He did let the equally popular Phillip Lindsay go. Nobody in NFL personnel bats a 1.000 as judged by its fan base.

But 2 ½ months into his first general manager’s job, Paton has replaced John Elway to rave reviews both nationally and, more importantly, locally.

There’s one more catch: Where, by George, is the new quarterback?

Paton has said “we have a plan” to improve the quarterback position that currently holds Drew Lock as the starter, and “we’re not going to force it.” One plan was Matthew Stafford but he went to the Rams instead. There also seemed to be mutual interest between the Broncos and Deshaun Watson, the once disgruntled now embattled Houston star. That plan, if it ever got to the serious stage, would appear to be on a lengthy hold, if not dead.

Meanwhile, the underwhelming free-agent market has been picked over leaving the aging Alex Smith and the acquired-taste Nick Mullens all that remains as backup possibilities.

So what is Paton’s plan now? Here are some possibilities:

1. Acquire a veteran QB during the draft

The Jaguars (No. 1 overall pick), Jets (No. 2), 49ers (No. 3), Falcons (No. 4) and Panthers (No. 8) may all used their top picks on a quarterback. Once those draft picks have been secured, the incumbent starters for those teams – in order, Gardner Minshew II, Sam Darnold, Jimmy Garoppolo, Matt Ryan and Teddy Bridgewater – could in turn all be had in trade, although it’s been reported Darnold, Garoppolo and Ryan are not available.

The Bears’ Nick Foles may be another possibility after Chicago brought in free-agent Andy Dalton to start. As much as any QB in the league, Foles is a backup who can play well off the bench, while also struggling when he becomes the No. 1.

Minshew, Carson Wentz and Mitch Trubisky have all played well with Foles as their backup. Maybe Foles is what Lock needs.

The Broncos don’t have much ammunition from this year’s draft to move up as they have just one pick in each of their first six rounds. But teams have been recently dumping future first-round picks like disposable COVID masks when it comes to getting their quarterback.

It’s 99.9 percent certain Jacksonville will take Trevor Lawrence with their No. 1 overall selection and the 49ers will take a QB at No. 3.

It’s also highly likely the Jets will select a QB at No. 2.

But if one of the top four teams don’t take a QB, Paton could consider making a move for the Bengals’ No. 5 overall pick. Cincinnati got its quarterback last year with Joe Burrow through the No. 1 overall pick.

Swapping out the No. 9 pick, while adding a current second-round pick and 2022 first-round selection might be enough for the Broncos to jump No. 8 Carolina and take either Mac Jones, Trey Lance or Justin Fields – providing Paton covets one of those QBs and the one he covets is still there by pick No. 5.

When the 2020 college season ended, Ohio State’s Justin Fields was considered the second-best QB prospect behind Lawrence while Alabama’s Jones was rated fifth. Now, it seems, Jones is No. 3 behind Lawrence and Zach Wilson and ahead of Lance and Fields. There is a still another month to shift the order.

Maybe by not forcing it, Paton can get a rookie QB he likes by staying patient. If not, he can resort to Plan 1 and trade for a veteran QB after the first round.

4. When all else fails, Alex Smith

Anyone who mentored Patrick Mahomes II is the greatest of mentors. A good runner before his devastating leg injury that included a compound fracture, life-threatening infection and 17 surgeries, Smith only rushed for 3 yards in his comeback season last year and threw 8 interceptions against just 6 touchdowns. Still, he rescued Washington by winning his last five starts.

Smith wouldn’t play ahead of Lock but he might be the type of backup QB who makes Lock better. Which is ultimately the best-case scenario for the Broncos – that their own, young, yet fairly seasoned quarterback develops into a better-than-average NFL starter.