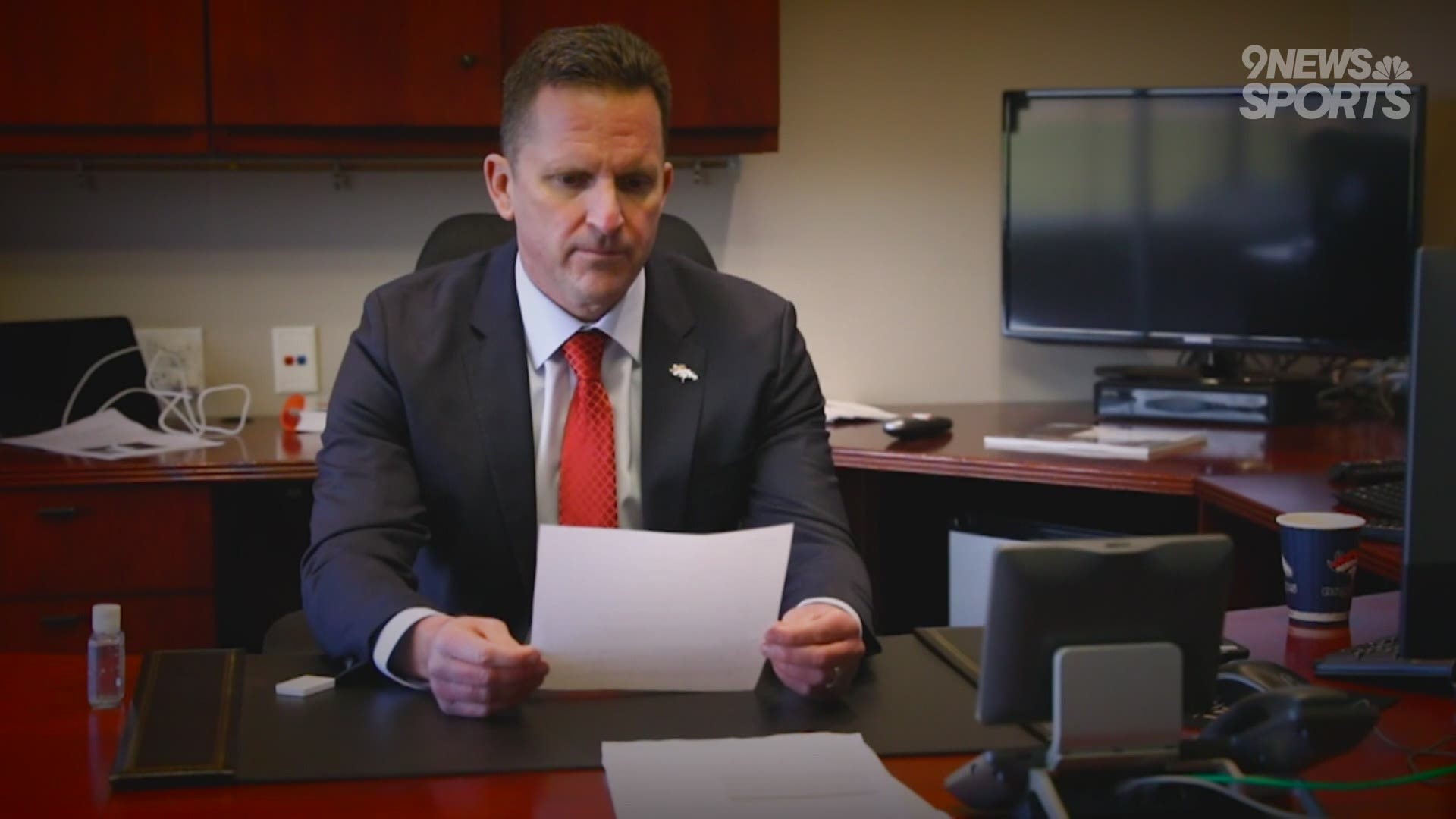 DENVER — All anyone knows is where George Paton has been.

To date, the Broncos’ new general manager has borrowed a private plane to attend four Pro Days with each having a prospect worthy of at least a top 15 overall draft pick.

Paton’s Broncos currently have the No. 9 overall pick.

Just because Paton personally witnessed the Pro Day workouts of quarterbacks Trey Lance and Zach Wilson, linebacker Micah Parsons and cornerback Jaycee Horn doesn’t mean he will take one of those players with his No. 9 overall pick. And just because he didn’t attend the first of two Pro Day passing sessions for Mac Jones doesn’t mean he won’t take the Alabama quarterback.

All it means is Paton was interested in scouting those players and others, some for his first-round pick, and some for his second (No. 40 overall) and third-round (No. 71) picks:

It may have been against Division II competition, but it was a perfect Division II season in 2019 when Lance went 16-0 while throwing 28 touchdown passes and zero interceptions as a redshirt freshman. He also rushed for 1,100 yards and 14 touchdowns. Those are make-believe numbers.

Lance played in the Bisons’ only game, and won, in 2020. Big, strong and remarkably athletic, Lance showed off a strong arm during his Pro Day performance, although he did miss some throws.

The Famous Idaho Potato Bowl has only been around since 1997 but it could be another 197 years and the bowl game will not see a passing performance that matches the one Wilson’s put up to cap his true freshman year against Western Michigan in 2018. Wilson completed 18 of 18 for 317 yards and 4 touchdowns to lead BYU to a 49-18 romp of LeVante Bellamy’s Broncos.

As a true junior last year, Wilson threw 33 touchdowns against just 3 interceptions in leading BYU to an 11-1 record. Like Lance, Wilson didn’t play against Power 5 competition as BYU’s only loss was to Coast Carolina.

Smaller than NFL prototype QBs but he’s got an Aaron Rodgers-like flick and zip to his passes. His Pro Day featured a ridiculous roll left, flick deep down toward the right-center of the field, with the ball landing in the receiver’s hands.

The consensus had him as the No. 3 cornerback in this draft behind the taller Patrick Surtain II of Alabama and Virginia Tech’s Caleb Farley. But with Farley opting out of the 2020 season, only to recently undergo back surgery to repair a herniated disc, Horn may now be No. 2, especially after he ran a 4.39-second 40 and had some eye-popping leaps during his Pro Day.

He also ran a freakish 4.39-second 40 at his Pro Day. Had a tremendous sophomore season with 109 tackles, 14 tackles for loss and 5.0 sacks in 2019, but then opted out last year as a junior. Has a character red flag stemming from a hazing incident involving a teammate, and there are questions about his maturity but he’s a top-10 talent.

A third-round type who could redshirt behind Ja’Wuan James for a year, and then be ready to play in 2022.

Credit: AP
Brigham Young offensive lineman Brady Christensen (67) is shown in action in the first half during an NCAA college football game against Arizona in Tucson, Ariz., in this Saturday, Sept. 1, 2018. (AP Photo/Rick Scuteri)

Another third-round type who set Pro Day record for offensive linemen with a 10-foot-4 inch broad jump. A 23-year-old who skipped his senior season. More of an athletic left tackle and the Broncos need is for a power-type right tackle.

Won the Pro Day Olympics highlighted by his 4.36-second, 40. But he had zero sacks in 7 games last year. A second day pick.

>>Video above: Paton's young family signed off on move to Denver