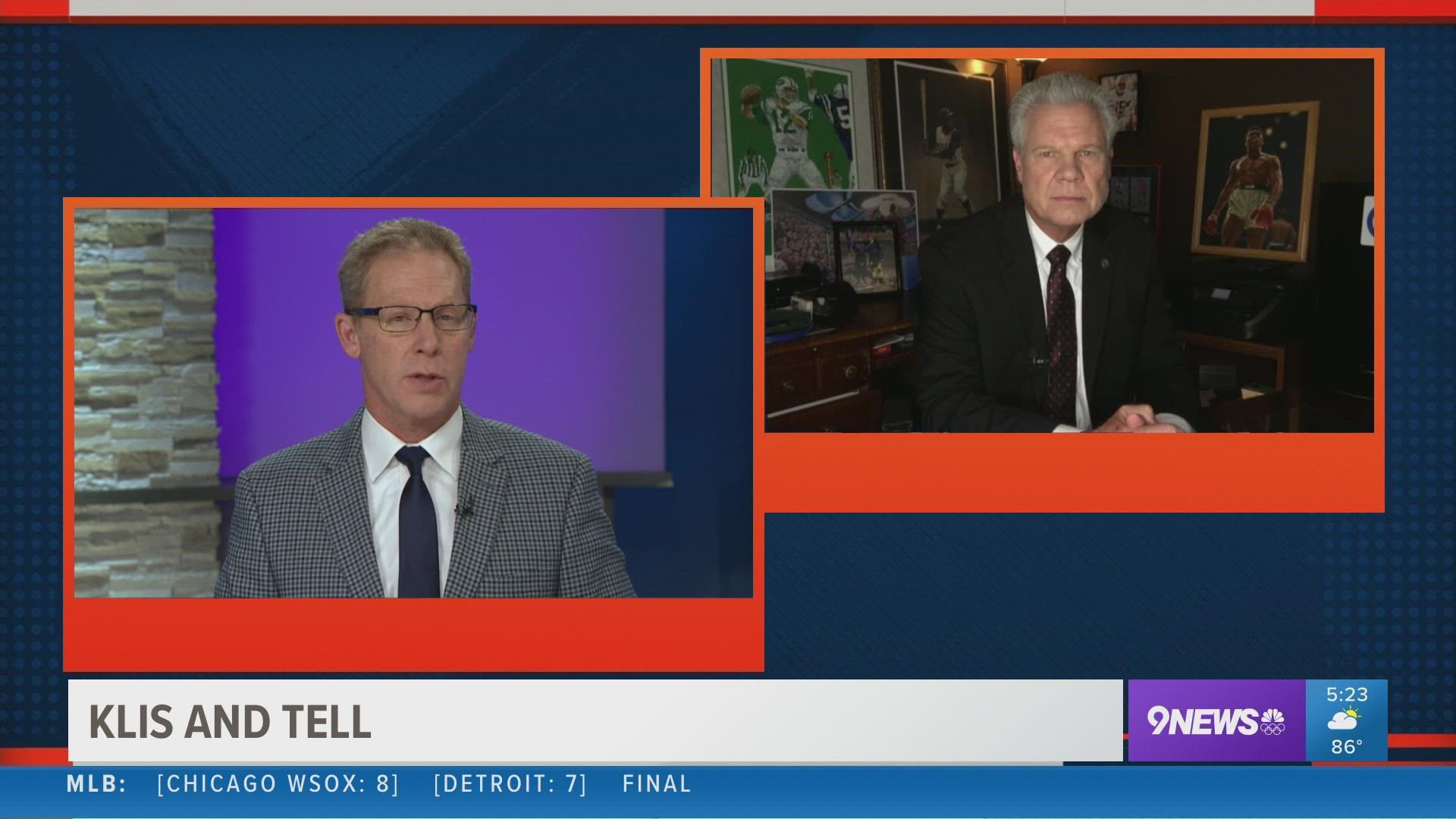 ENGLEWOOD, Colo. — Uh oh. The Broncos practiced Wednesday without their two starting guards. And practice was in preparation for the blitz-happy Baltimore Ravens.

Left guard Dalton Risner sat out with a foot injury and right guard Graham Glasgow was down with a knee injury. Broncos coach Vic Fangio said both players would be listed as “questionable” for the game Sunday against the Ravens.

Risner appears to have a better chance of playing than Glasgow as the left guard seemed to be walking fine without a boot on his injured foot Wednesday during the taping of the Broncos Huddle program he hosts for 9News and Channel 20. Glasgow’s knee injury seemed more troublesome as he was inadvertently rolled up from behind by teammate and right tackle Bobby Massie during a running play in the second half.

>> Video above: Broncos hit with another serious injury as they lose WR Hamler for the season

Von Miller, as an outside linebacker who sets the left defensive edge, has a big responsibility in reading the option-keep game of Baltimore quarterback Lamar Jackson. But no position has a more difficult challenge than safety, where Justin Simmons and Kareem Jackson play. They must move up to help defend Jackson on the run but also make sure they don’t get beat deep by his strong arm.

“That’s the biggest challenge,’’ Simmons said. “The first three seconds of the play necessarily won’t be the problem. It’s the next three, four, five, six seconds afterwards that creates a big problem for any defense. Nine times out of 10, you’ll be able to handle concepts and be able to communicate those things—especially with our defense—but it’s what he creates afterward. Then it gets to that backyard football.

“The receivers are so good at finding ways to get open for him, and he’s good with extending plays with his legs. If it’s not there, he can run easily for 20, 30, 40-plus yards to get what they need. It’s going to be a big challenge for us this week in rushing the passer and defending the pass as a secondary in general. If we’re going to win on Sunday, the defense is going to have to be extraordinary.”

Ravens head coach John Harbaugh has led the NFL record trend of teams going for it on fourth downs the past two years. Then again, he has the league’s best fourth-and-short weapon in dual-threat Jackson.

"As you experience the game you realize it's really, really valuable to pick up 1st downs,’’ Harbaugh said in a conference call Wednesday with the Denver media. “Although it's risky sometimes it's worth the risk. I base it mostly on what I think our chances are of getting it. In the end, all the analytics are fine, but the bottom line is what you think your chances are of getting it. With Lamar that certainly makes you feel better about it. He's done such a great job you feel confident in doing that."

The Broncos signed two interior offensive linemen to their practice squad Wednesday: Javon Patterson and Harry Crider. Patterson appeared in one game with the Browns last season and Crider is an undrafted rookie from Indiana.