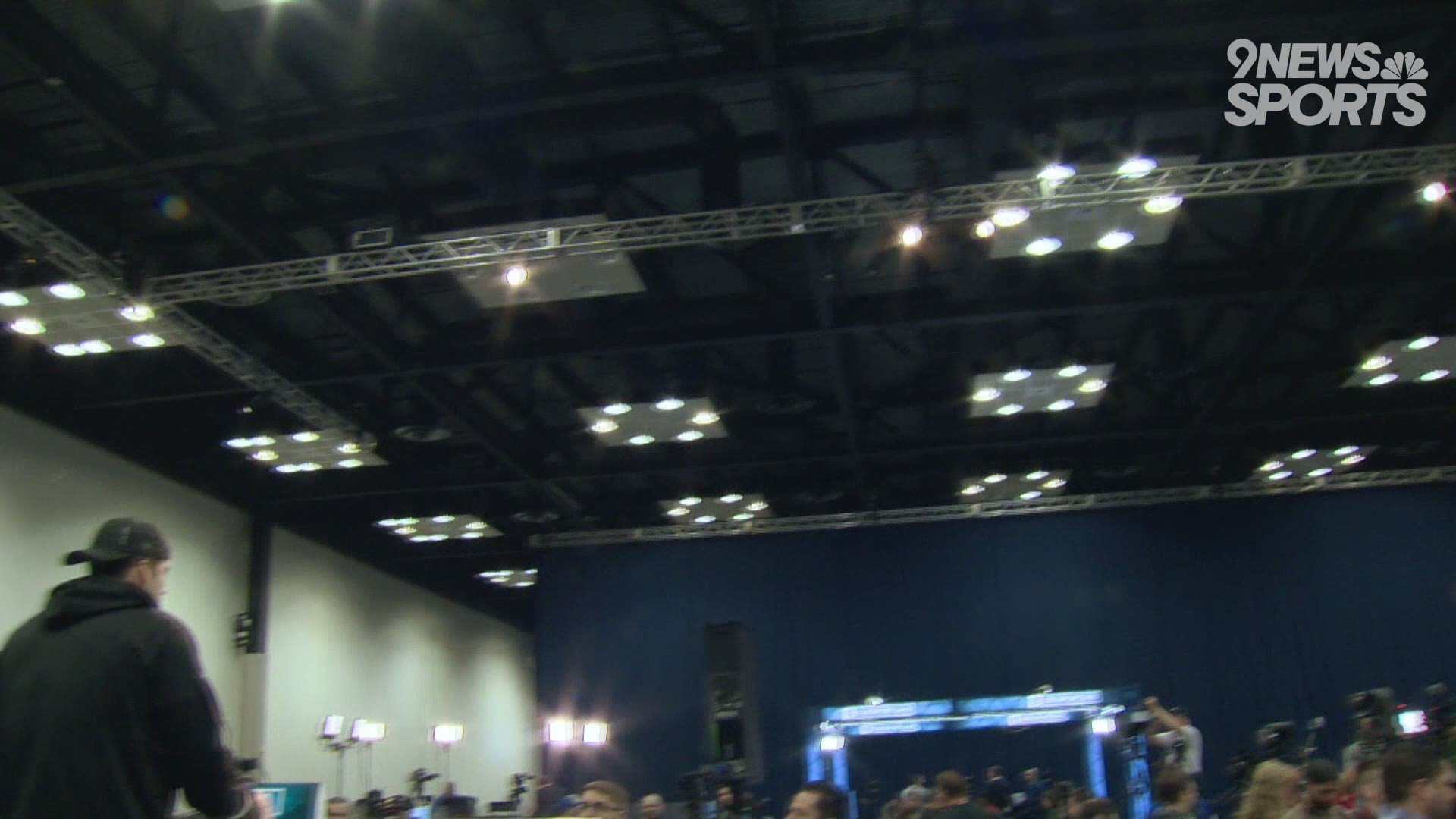 Neither decision should have surprised Broncoland or France, who is the agent for both players. Leary, who turns 31 in April, has missed 19 games in his three seasons with the Broncos while getting paid nearly $27.3 million.

The Broncos aren’t going to give him a fourth year for another $8.4 million. At his NFL Combine press conference Tuesday, Elway said the team is declining the $1.5 million option on Leary’s 2020 salary that is due March 18.

With center Connor McGovern about to become a free agent, the Broncos may have to do a makeover in the middle of their offensive line.

"Whether we go with Connor and what we’re going to do at right guard with Ron not being there, whether we can fill within or look at the draft," Elway told 9News of the decisions he is confronting up front. "So that’s why we get here and once we get a feel for all these numbers, look at free agency, we talk to people and agents while they’re here.  Kind of get a feel for where everything is and that’s when we can go back and solidify a plan and get ready for the new league year when it opens (March 18) and do some things there in free agency."

Elway also said the team notified Simmons’ agent that if a long-term deal is not worked out in the next 2 ½ weeks, the team would place the franchise tag on the safety. The safety tag salary for now is estimated to come in somewhere between $11.5 million and $12.8 million.

"I’d like to get a deal done with him before that, but we’ll see," Elway said at his Combine press conference Tuesday. "Yeah, if we don’t get something done, we’ll use the tag."

Picking up McManus’ option virtually guarantees the kicker will return for a seventh season with the Broncos. But picking up Davis’ option offers no such guarantee. The Broncos are expected to explore other inside linebackers that may better complement thumper Alexander Johnson.

"It went cool," Shenault said. "They just wanted to get to know me. I think I did good."

Alabama receiver Henry Ruggs III was expected to be among the Broncos interviews Tuesday night.

"When you look at the free-agent class without a doubt the deepest position is the defensive line," Elway said. "It will be interesting to see where all that falls. There’s a lot of guys available. You got a couple guys who are going to make a lot of money and some guys are going to get overpaid. The art of it is try to find what fits us and also fits within our budget."

The Broncos will be adding to that deep defensive linemen pool with Derek Wolfe, Shelby Harris and Adam Gotsis.

Elway said his team not viewing Wolfe and Harris as an either-or situation in terms of re-signing them.

"We look at them separately," Elway said. "We’ll talk to their agents before we get to free agency, but a lot of times when they get this close, they want to see what’s available out there. The thing is it always falls into player’s hands. The player has the final choice of what they want to do."

RELATED: Even with Brady, Rivers available, Drew is a Lock

What defensive linemen are to the free-agent market receivers are to the draft. The expectation is more than 10 receivers will be taken in the top two rounds.

Rest assured the Broncos will be selecting a receiver in their late-April draft. Maybe two.

"We need more than one," Elway said. "I think you look at both sides, whether you get a veteran who can help in free agency or the good thing is we have seven picks in the first four rounds."

The Broncos are expected to play the Atlanta Falcons in London, and probably in the early part of the season. Bye weeks generally follow overseas trips so the Broncos figure to have an early week off this season.

"If we’re playing a game on the East Coast prior to that we’ll just go from there," Fangio said.

The Broncos play road games at the New York Jets, the New England Patriots, Carolina Panthers and Pittsburgh Steelers this year. Dates have yet to be set.

"If we happen to play a home game we’ll probably leave a day after the game," Fangio said.