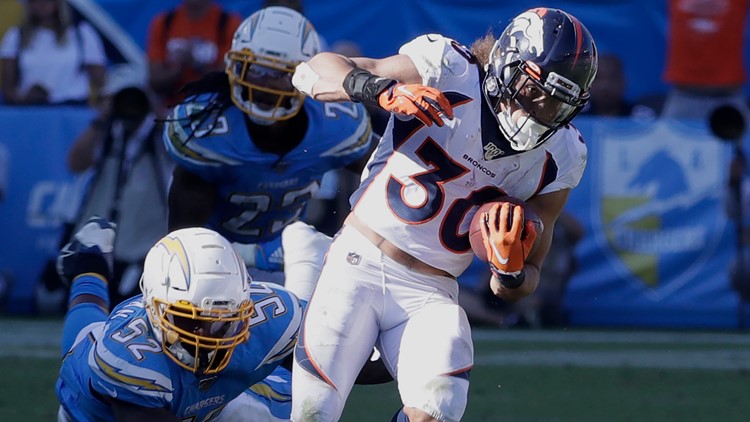 Lindsay deception: A power back from a speed frame

ENGLEWOOD, Colo. — Glance at the diminutive stature of Broncos running back Phillip Lindsay and the reflexive thought is he must be a perimeter player.

By now, everyone in Broncos Country knows Lindsay’s looks are as deceiving as his footwork.

He is a between-the-tackles runner disguised in a perimeter body.

“That’s kind of really what he is, to be honest with you,’’ said Joe Flacco, a veteran in his 12th season as an NFL starting quarterback. “Even though he is small, he is an in-between-the-tackles kind of guy. He sees those things probably a little bit better. He’s a little more patient inside of the tackles and then when the crease opens up, he’s able to hit it really fast just because of the kind of foot-speed he has. I think that’s the thing we’ve noticed that he’s probably the best at.”

Lindsay is dynamic in the perimeter once he makes a cut to open space from the second level. But his most effective runs often start from the I-formation while running behind fullback Andy Janovich.

“That’s what I’ve done all my life. Growing up my father taught us how to run inside,’’ Lindsay said. “That’s all I knew how to do. That’s what I’m going to continue to do.

“At the end of the day, people will have their own opinions, but I know what I can do. I do love running inside because there’s nothing better than being able to make slight little moves, make people miss inside. Then once you get inside-out, it’s a lot easier than trying to run away from these 230, 240-pound linebackers running 4.3s, 4.4s like you.”

Denver Broncos running back Phillip Lindsay celebrates after scoring during the first half of an NFL football game against the Los Angeles Chargers Sunday, Oct. 6, 2019, in Carson, Calif.
AP Photo/Marcio Jose Sanchez

Lindsay has so much energy, he can’t even stand still much less sit still. He rocks as he answers questions. And he’s chatty with his answers, as if it gives him something to do. He talks on the sidelines between plays. And he almost always jaws at the guy who just tackled him.

“You guys are looking at what I do, you guys don’t see what they do,’’ Lindsay said. “I’ll leave it at that.”

What do opponents usually say to him?

“They’re just very nice guys,’’ he said with his patented young adult smile. “They say very nice things to me.”

Lindsay rushed for 114 yards on Sunday -- putting him on pace for 1,046 yards after he rushed for 1,037 as a rookie last season -- with 32 coming on the first play of the final drive that set up a game-sealing field goal against the Los Angeles Chargers.

The offense had struggled for 2 ½ quarters leading into that Lindsay jaunt – just as offensive coordinator Rich Scangarello said it might.

“O.C. said it’s going to come down to the last six, seven minutes of the game and by running,’’ Lindsay said. “We actually watched a clip, honestly, when the Rams were playing them and Todd Gurley ended up milking the clock and they just ran the ball down.

Phillip Lindsay Through the Years 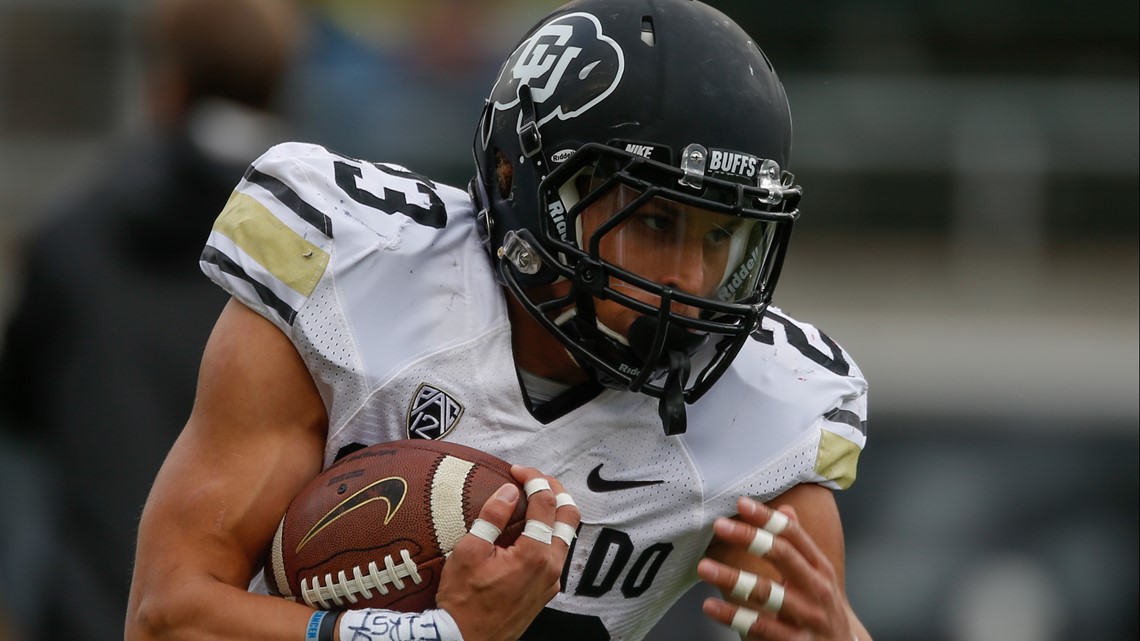 And then Lindsay bounced his answer into different lanes, if in the same running game neighborhood.

“I want to give a shout out to Jano because one, having him back is just—it’s like night and day,’’ Lindsay said of his favorite fullback. “That’s like me and him are married together. He does a lot for us. He makes a lot of things go in this offense and he’s a fixer.

Denver Broncos running back Phillip Lindsay celebrates after scoring during the first half of an NFL football game against the Green Bay Packers Sunday, Sept. 22, 2019, in Green Bay, Wis. (AP Photo/Mike Roemer)
AP