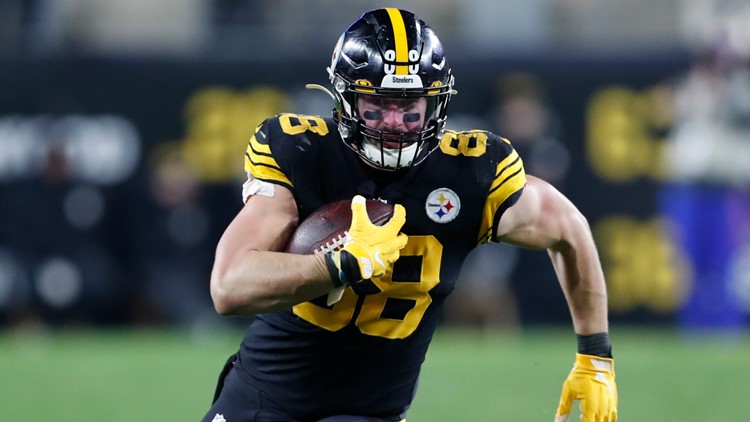 Photo by: AP Photo/Keith Srakocic
Pittsburgh Steelers tight end Nick Vannett (88) plays during the second half of an NFL football game against the Buffalo Bills in Pittsburgh, Sunday, Dec. 15, 2019.

He’s primarily a blocking tight end at 6-foot-6, 261 pounds but Vannett is also a decent receiver, catching 29 and 17 passes the past two years as a No. 2 tight end with Seattle and Pittsburgh.

Elway's thinking: He wants players who want to be Broncos, players who will buy head coach Vic Fangio and their organizational way of operating.

It wasn’t immediately clear what Vannett’s acquisition will do to the future of Broncos’ tight end Jeff Heuerman. Noah Fant was the Broncos’ first-round, rookie starting tight end last year with Heuerman playing 45 percent of the offensive snaps.

Seattle Seahawks' Nick Vannett (81) runs after a catch against the Carolina Panthers during the second half of an NFL football game in Charlotte, N.C., Sunday, Nov. 25, 2018.
AP Photo/Jason E. Miczek

Vannett figures to play the role Heuerman did last year. A third-round draft pick out of Ohio State in 2015, Heuerman has one more year at a non-guaranteed, $3.875 million left on his contract.