While nearly every player was present in virtual meetings Monday, many veterans are boycotting in-person workouts. Lock, Risner, Rypien among those who showed up. 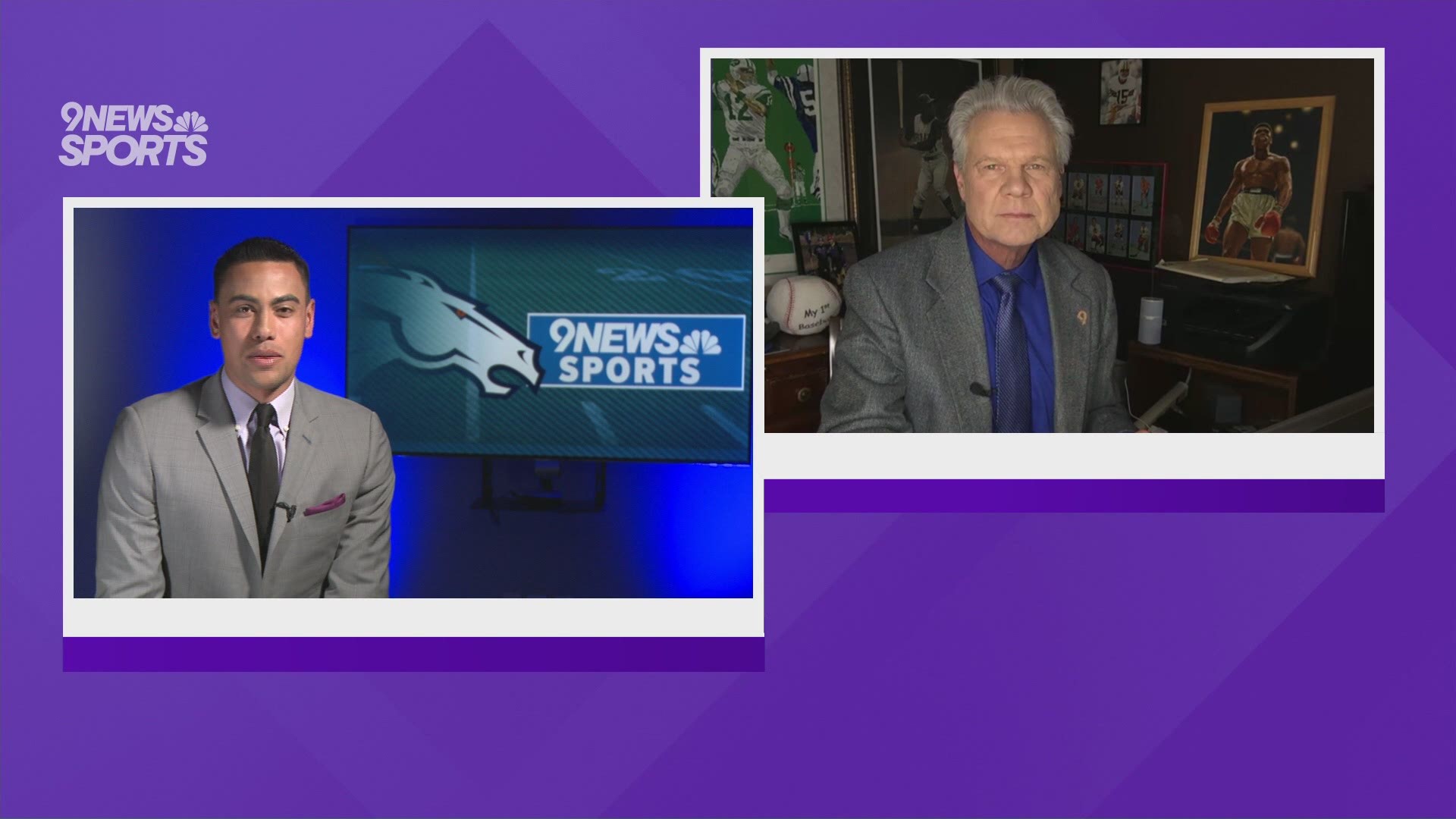 ENGLEWOOD, Colo. — Drew Lock told 9NEWS over the weekend he has been “radio silent this offseason” and was determined to “let my actions do the talking.”

By showing up Monday for the first day of team conditioning workouts at UCHealth Training Center, Lock’s actions said he’s going to do all he can to remain the Broncos’ starting quarterback. With his young career already at a crossroads, Lock is not about to miss a team-organized offseason program for a second consecutive year, no matter that many of his teammates are boycotting the in-person portion of the offseason program.

9NEWS photographers observed Lock, his backup QB Brett Rypien and about 20 other players show up at the Broncos’ UCHealth Training Center on Monday for virus testing, weight training and conditioning workouts. Considering the Broncos players as a group put out a statement last week stating they would not attend in-person offseason workouts, it was a decent turnout.

The “boycott” to the offseason program does not include the team’s virtual meetings. The Broncos had near perfect player attendance to their 2-hour virtual meetings Monday morning.

It was the physical portion of the offseason that has put several players in a pickle. The players union’s stance is offseason workouts are unnecessary and use last year’s pandemic shutdown as an example. Offseason practices and preseason games were cancelled in 2020 because of the COVID pandemic yet the union argues the quality of play during the regular season was better than ever. Broncos players cannot make the same claim about their specific team. The Broncos finished 5-11 last year with five losses by at least 18 points.

But there are other factors in the union wishing to do away with the on-field portion of offseason program. Veteran players, especially those with guaranteed contracts, have long said the offseason practice program of 10 OTAs (offseason training activities) and three minicamp sessions are too many, especially now that the NFL is expanding its regular season from 16 to 17 games. Younger players, though, view the offseason as prime opportunity to showcase their skills to their coaches.

Then there players like Lock and starting left guard Dalton Risner who want to sharpen their skills as they head into their third season. They went back-to-back in the second round of the 2019 draft – Risner with the No. 41 overall pick and Lock at No. 42. Both negotiated rookie contracts that included $75,000 workout bonuses for the 2021 season.

Both attended the first day of workouts Monday. The NFL has modified its offseason program so that Phase I of weight training, running and virtual meetings are four weeks in length instead of the usual two weeks. There can be no on-field drills involving a football or coaches during Phase I.

By itself, skipping Phase I is not that big of deal although some would say it does help plant team-bonding seeds and it does give the players the proper conditioning for their on-field work in Phase II and Phase III.

Lock came off the bench to play well while posting a 4-1 record in the final five games of his rookie 2019 season but he may have suffered from not having an offseason program in 2020. After the 2019 season, the Broncos fired his offensive coordinator Rich Scangarello and quarterbacks coach T.C. McCartney and replaced them with Pat Shurmur and Mike Shula.

While Shurmur and Shula had considerably more NFL coaching experience than their predecessors, they were new to Lock, who didn’t have the offseason to relearn a new playbook and work out the kinks of a new offensive system. Lock went 4-10 last year and his 16 touchdown passes against 15 interceptions led to a 32nd ranking among NFL quarterbacks.

New Broncos general manager George Paton has stated he would like to upgrade the quarterback position this offseason. He attempted to acquire veteran Matthew Stafford from the Detroit Lions, who dealt the quarterback to the Los Angeles Rams instead. There was mutual interest in Houston’s Deshaun Watson before the quarterback was accused of sexual assault by multiple women.

The NFL Draft begins April 29 with the Broncos having the No. 9 overall selection and many projecting five quarterbacks to be selected in the top 10. A couple other veteran QBs may also become available through trade such as Teddy Bridgewater, Nick Foles or Gardner Minshew.

Lock has not commented about all the potential threats to his starting job security. But by showing up Monday, he’s sending the message he’s well aware of them.