Lynch followed Peyton Manning in the 2021 lineup of Hall of Fame speeches. 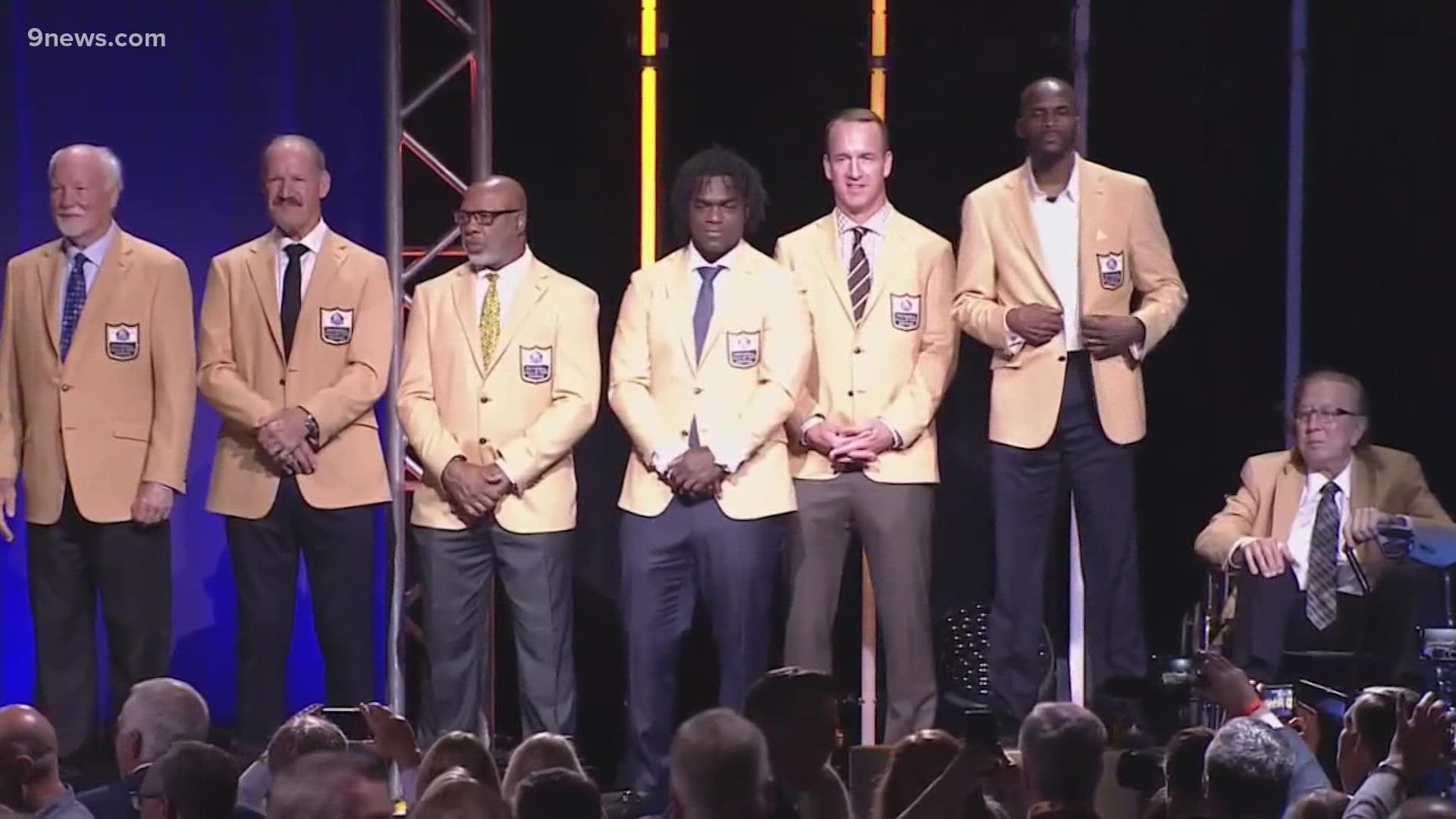 CANTON, Ohio — Like his good friend Peyton Manning, John Lynch used the platform of his Hall of Fame induction speech to send a message that was bigger than even the greatest individual honor.

“I want to state the National Football League is the greatest metaphor for life that I’ve ever known,’’ Lynch said. “It challenges each and every one of us who plays this great game in every way possible. Everything about the game is hard and tests your will. It compels every man who puts on a uniform to not only do their best but to be their best.

“In football, we quickly discover we’re only as strong as our weakest link. If we’re to achieve the goals that we set for our self, we must all learn to play together and pull together.

“Each of us comes from a different walk of life but when we huddle up, we huddle up as a team. It doesn’t matter where we come from or your background. All that matters is the fulfillment of one goal: Victory. Tonight I advocate we take the lead of football and huddle up as a people, as a great nation. Let’s find a common ground for our shared values. Let’s celebrate and learn from our differences.’’

He then concluded his message by saying if his former Tampa Bay teammates Derrick Brooks and Warren Sapp and himself, from their divergent backgrounds, can come together and become Super Bowl champions and Hall of Famers, “then so can all of you.”

Lynch also gave heartfelt thanks to his wife Linda and all his family members. He also thanked the late, great coach Bill Walsh for talking him out of pursuing baseball as a pitcher and sticking with football as a safety at Stanford.

“Coach Walsh, you gave me the confidence to follow my heart and into an NFL career,’’ Lynch said. “Without you, I’m not standing on this stage today.”

As for his four years with the Broncos, Lynch said: “To the late great owner Pat Bowlen, a true Hall of Famer, and to the Bowlen family, Mike Shanahan and everybody at the Denver Broncos, thanks for giving me such a great landing spot to play the final four years of my career.”