"I had worked hard to get to a certain point in my career and it felt like people were asking me to start all over. It's time for me to move on to other ventures." 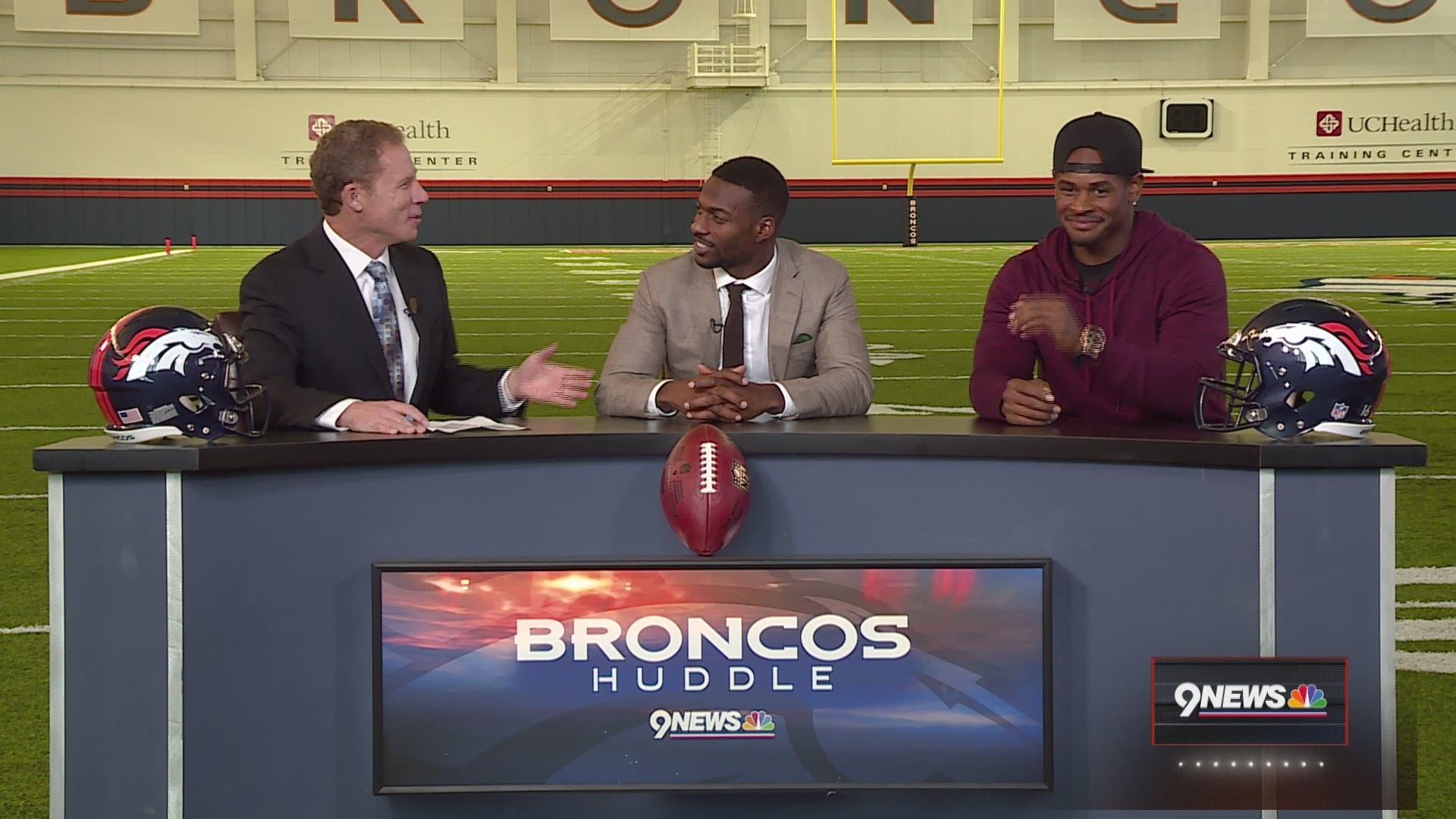 ENGLEWOOD, Colo. — Todd Davis, an undrafted, small college linebacker who was cut three times as a rookie before he became a three-time tackle leader and Super Bowl champion for the Denver Broncos, officially retired as an NFL player Tuesday.

Even for one the most inspiring examples of perseverance, Davis’ career closes when the start is still fresh in Broncos’ minds.

It was November 2014 when Broncos director of player personnel Tom Heckert Jr. convinced his boss John Elway to put in a waiver claim on Davis, who had just been cut for the third time by the New Orleans Saints.

Less than seven years later, Davis had just finished a training camp practice with the New York Giants and was in his New Jersey team hotel room Monday night when he decided he had enough of one portion of his life, and a desire to start something else.

"It was the timing of everything," Davis said in a phone call with 9NEWS after he had just arrived back in Denver late Tuesday afternoon. "I had worked really hard to get to a certain point in my career and it kind of felt like people were asking me to start all over. I would have loved to keep playing at that level but if that’s not where I’m asked to play then I think it’s time for me to move on to other ventures in my life."

What are those ventures?

'I’m definitely going to pursue my real estate career," said Davis, who only recently turned 29. "I definitely am getting into real estate development. I’m really, really passionate about that. And also doing some investing in some tech companies so I’ve got a lot to look forward to."

Davis, his wife Zina and sons Zaire, Carson and Canon will settle in the same city in which he played from 20014 until he was released just before the start of the 2020 season.

"Denver is home for me," he said. "I’ll still be working with community and giving back. This has been my home and where it will stay my home."

Undrafted out of Sacramento State, Davis signed as a college free agent with the Saints. Heckert loved what he saw from the rookie Davis during the 2014 preseason. The third time Davis was cut that season, Heckert, who died three years ago, urged a waiver claim. While NFL executives almost never say this about a rookie waiver claim, Heckert told Elway and top personnel assistant Matt Russell that he thought Davis could not only help the Broncos as a special teamer now, but could become a legitimate NFL starting linebacker.

Davis played two years behind Brandon Marshall and Danny Trevathan before becoming a Broncos’ starter in 2016. In three of the next four seasons, Davis led the Broncos in tackles, topping out with 134 in 2019.

Not two years later, it’s over. When his mind is free while barbequing on the grill or mowing the grass, what are the moments he most thinks about it with a smile?

"Super Bowl 50 is definitely high on my list," Davis said. "Winning the Super Bowl is something that not many people can say they have done. But another thing that was really big for me was signing my second contract."

It was for three years and $15 million.

'It wasn’t the contract so much as it what it represented," Davis said. "I was cut multiple times, came into the league as an undrafted free agent. A guy a lot of people thought would make it no more than one or two years in the league. So to sign that contract that was huge for me.'

While winning the Super Bowl might seem like an obvious highlight, Davis was a back-up linebacker then.

"Yeah, but I was an undrafted free agent who was named a captain for the Super Bowl and I got to be out there for the coin toss," Davis said. "And I did play a couple plays on defense but being named a captain in the Super Bowl, second year in the league – I was the youngest captain out there. It was me, Peyton Manning and DeMarcus Ware – that right there was the highlight for me."

For all the neck-shivering, shoulder-jarring contact Davis had as an active inside linebacker in a rugged game, he said he is leaving the game in great shape, physically and mentally.

"I still feel good physically, nothing’s wrong with my body," he said. "I’m blessed to say I can walk away with no injuries, no ailments. I’m blessed."

After he was cut by the Broncos a year ago, Davis caught on with the Vikings and assistant general manager George Paton. Davis got a late start with the Vikings, signing after the second game, then was placed on COVID-19 reserve for 10 days and never got in a tackling groove, although he did start six games. He signed with the Giants on Saturday, went through a couple practices, and decided Monday night he was time to move on with his life.

"The Giants, I was only there a little bit of time, and I think I had a shot at doing everything I wanted to do there," Davis said. "It was just everything combined. It was great there. I feel like they have a great coaching staff. There’s a lot of coaches there who care about their players doing well, so I expect them to do well."

Time can blur together and in one sense Davis’ career seemingly ended not long before it started. In another sense, his playing career way outlasted the shelf life of a player who was undrafted and cut three times as a rookie. And while he said goodbye to the Giants before he could get around to most of his hellos, Denver will remember him this way: Todd Davis was a very good Bronco.