Gordon expresses remorse getting himself in situation that led to DUI

Broncos running back said his first season in Denver "has been a roller-coaster of a year for me." 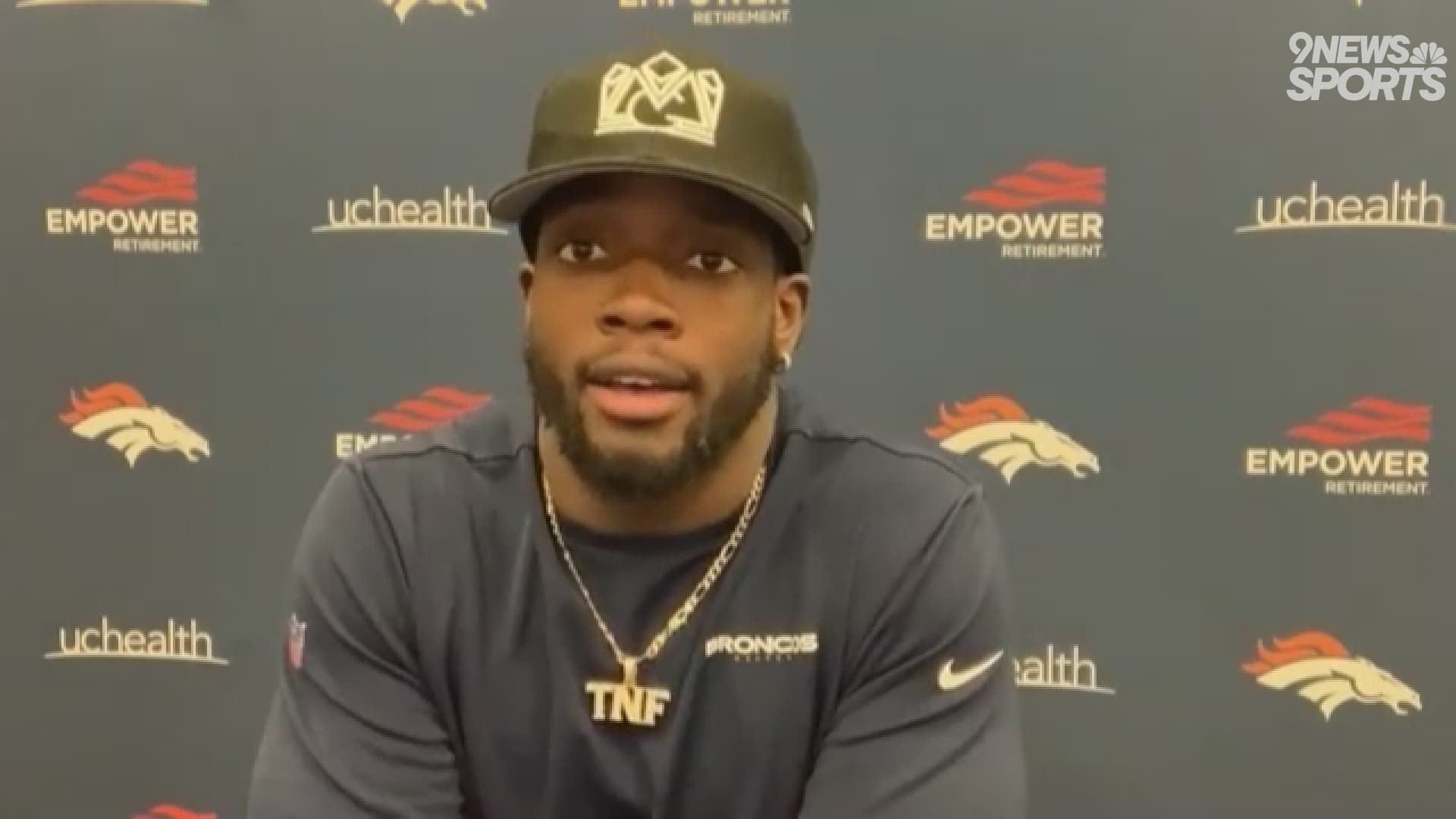 ENGLEWOOD, Colo. — Melvin Gordon had it all going for him as the Broncos’ new starting running back until he stopped himself two weeks ago.

With his popular running back cohort Phillip Lindsay down with a turf toe injury, Gordon rushed for 107 yards – 43 coming on a game-clinching touchdown run with 2:00 remaining – in the Broncos’ 37-28 win against the New York Jets on October 1.

Before the Broncos could play their next game, though, Gordon had a dinner out with friends that didn’t end well. He was clocked going 71 mph in a 35 mph zone along a Denver street late Tuesday night, October 13. When he was pulled over, police also charged him with driving under the influence late Tuesday night.

“I’m sorry I was even in the situation,’’ Gordon said Wednesday in his first public comments since his arrest. “I don’t want people to feel like, ‘Oh, because Melvin didn’t say anything, or he didn’t speak on it, he just doesn’t care and he’s not apologetic about the situation.’ That’s not the case at all.

“I try to do my best to walk a straight line and lead by example with things like that. I’m a little upset that I even put myself in the situation for it to be brought to others, including my family who was reaching out.

“I had a hard time dealing with it myself. Like I said, I hadn’t been in trouble before, so it was tough. To the people of Denver and everyone, I don’t want anyone to feel like I don’t care and say, ‘Oh, he got his money, he doesn’t care.’ I do. I’m not happy I was in the situation. This is something I wanted to let you know that you can put out to the people for me.”

It’s pretty much been going wrong for Gordon ever since, as two days after his arrest he contracted strep throat that forced him to miss the Broncos next game at New England – where Lindsay returned to rush for 101 yards in victory.

Upon Gordon’s return to the lineup this past Sunday, he fumbled twice in a 43-16 loss to Kansas City.

Once the legal system plays out, Gordon is expected to receive a three-game suspension for violating the NFL’s substance abuse policy. But that may not be enforced until the start of next season. Until then, he is preparing to play against his former Los Angeles Chargers this Sunday at Empower Field at Mile High.

Gordon was a first-round draft pick, No. 15 overall, for the Chargers in 2015. He was terrific at times, but fumbles in his rookie season, injuries throughout, and a contract holdout last year left him with less overall production than his potential.

That same type of unevenness can describe the early part of his first season in Denver.

“It’s definitely been a roller coaster of a year for me personally,’’ Gordon said. “I built up some momentum, then got sick and had to sit out and then came out and I didn’t have the game that I wanted to have.

“My expectations are higher than anyone’s and I didn’t have the game that I wanted. It’s okay but starting week seven or week eight is when I kind of turn up and get things going. It’s not too late. We’ve got a lot of games left to turn things around and the year is not over with for us.

“For me, I can still go out here and be the back that I want to be. I’ve got a lot of games left. … As far as me and my performance, it’s OK. It’s not up to my standards at all. I’ve got a lot of time to change that and I’m definitely intending on doing so.”