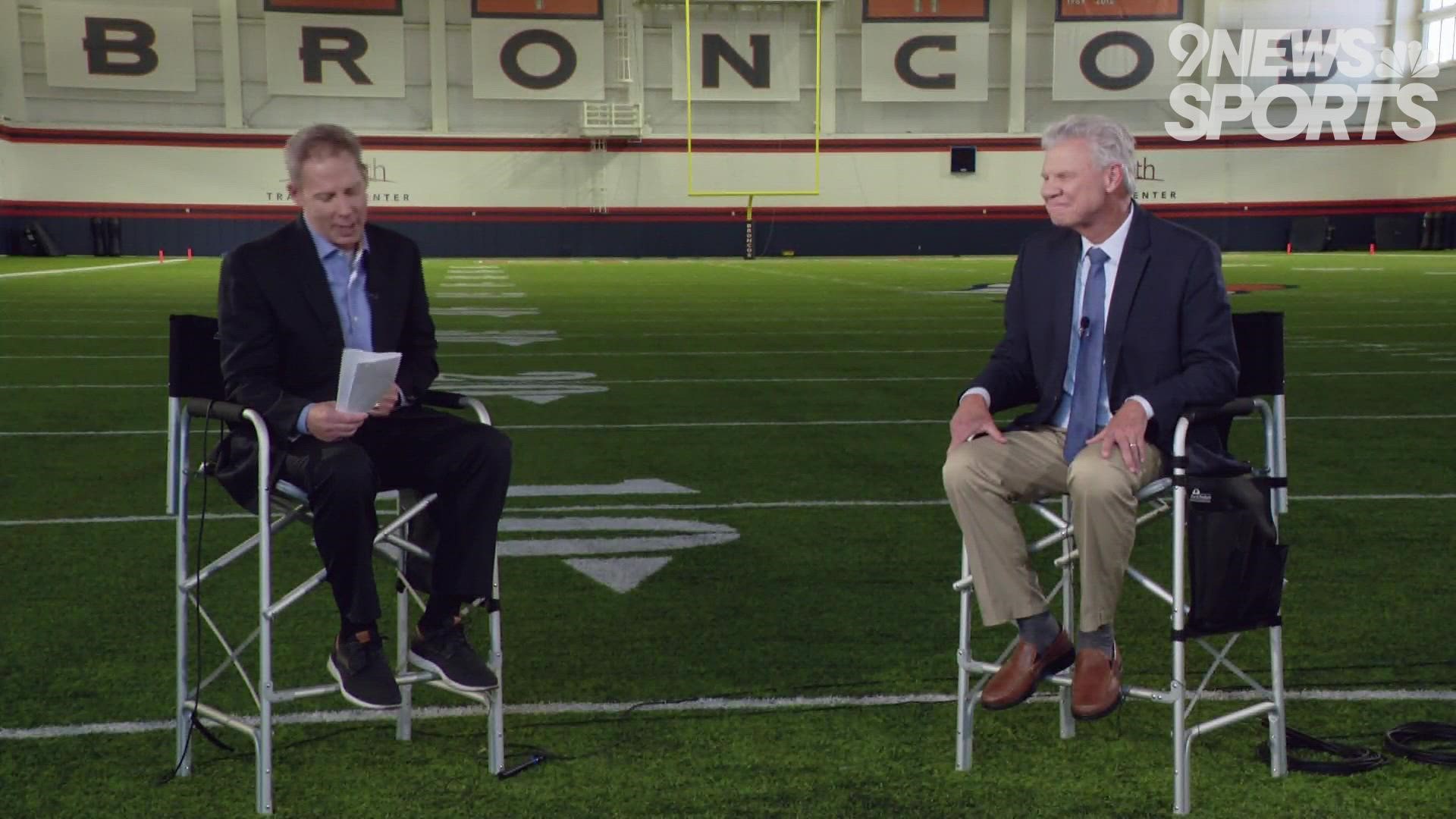 ENGLEWOOD, Colo. — Don’t expect Graham Glasgow to return for the game Sunday at Jacksonville. And don’t expect what he brings to the Broncos to be easily replaced.

Right guards matter to a football team, too, you know.

“What he did, based on what we heard was going on with him physically, what he did the other night was super heroic,’’ said Broncos offensive coordinator Pat Shurmur. “I mean he battled through it.’’

After the Broncos defeated the New York Giants, 27-13, Sunday at MetLife Stadium in East Rutherford, N.J., Glasgow was taken to a local hospital for what was later determined to be an irregular heartbeat.  Broncos head coach Vic Fangio said Monday Glasgow had been dealing with physical discomfort during the game, although he played all but the final three snaps with Denver up 20 and the game put away.

On his final play, Glasgow sealed off nose tackle Danny Shelton, a block that opened an enormous hole for running  back Melvin Gordon III, who did the rest while completing a 70-yard touchdown run. Glasgow stayed in the hospital for one night, then spent Monday night at the team hotel in Jersey City before returning Tuesday afternoon by a private plane arranged by the team.

He has not practiced this week, although he has participated in team stretch and did some side work. Still, it’s clear he won’t play Sunday when the Broncos’ play at Jacksonville.

“I guess in the moment (of the game) we didn’t know how big of an issue it was for him,’’ Shurmur said. “But he’s a tough sucker and until he’s back we’re going to miss him. We don’t know when that will be but we’re sure glad he’s OK. And we want to make sure he’s right before we put him back out there because what he did was super heroic. And I think our team can learn from that.”

While Bradley Chubb is coming along, it still doesn’t look like he’ll play Sunday at Jacksonville. According to Fangio, the outside linebacker participated in 12-15 defensive plays during the 11 on 11 portion of practice Wednesday and was expected to get even more team work Thursday. However, Chubb was mostly an observer during the media viewing portion of practice.

Welcome to the NFL, coach Meyer

“Going from college to pros is always difficult no matter what the level is whether coaching or playing,’’ Jones said. “Especially because a lot of his philosophies are college-based. And you can’t do that with 30-plus men or even 25+ men who have been around the league and know what they’re doing now and been established. You got to shake things up in how you coach.”

Rookie safety Caden Sterns and veteran cornerback Nate Hairston have been getting looks as the dime linebacker this week with first-round rookie Pat Surtain II starting at outside corner in place of the injured Ronald Darby. …

After struggling to keep his weight up as a rookie and some in year two, Jones said he’s comfortable sticking to 280 pounds this year. “I’ve been playing with that a little bit,’’ Jones said. “Sometimes, keeping the weight up isn’t always the best thing. You’ve got to play where you’re comfortable. And I’ve been comfortable around 280. I learned how to play faster and stronger that way.’’

RELATED: Justin Simmons aware of snap streak, but hardly consumed by it