Butt: “The city of Denver, Broncos fans nationwide really supported me and wanted to see me succeed. It just sucks not being able to do what I wanted to do." 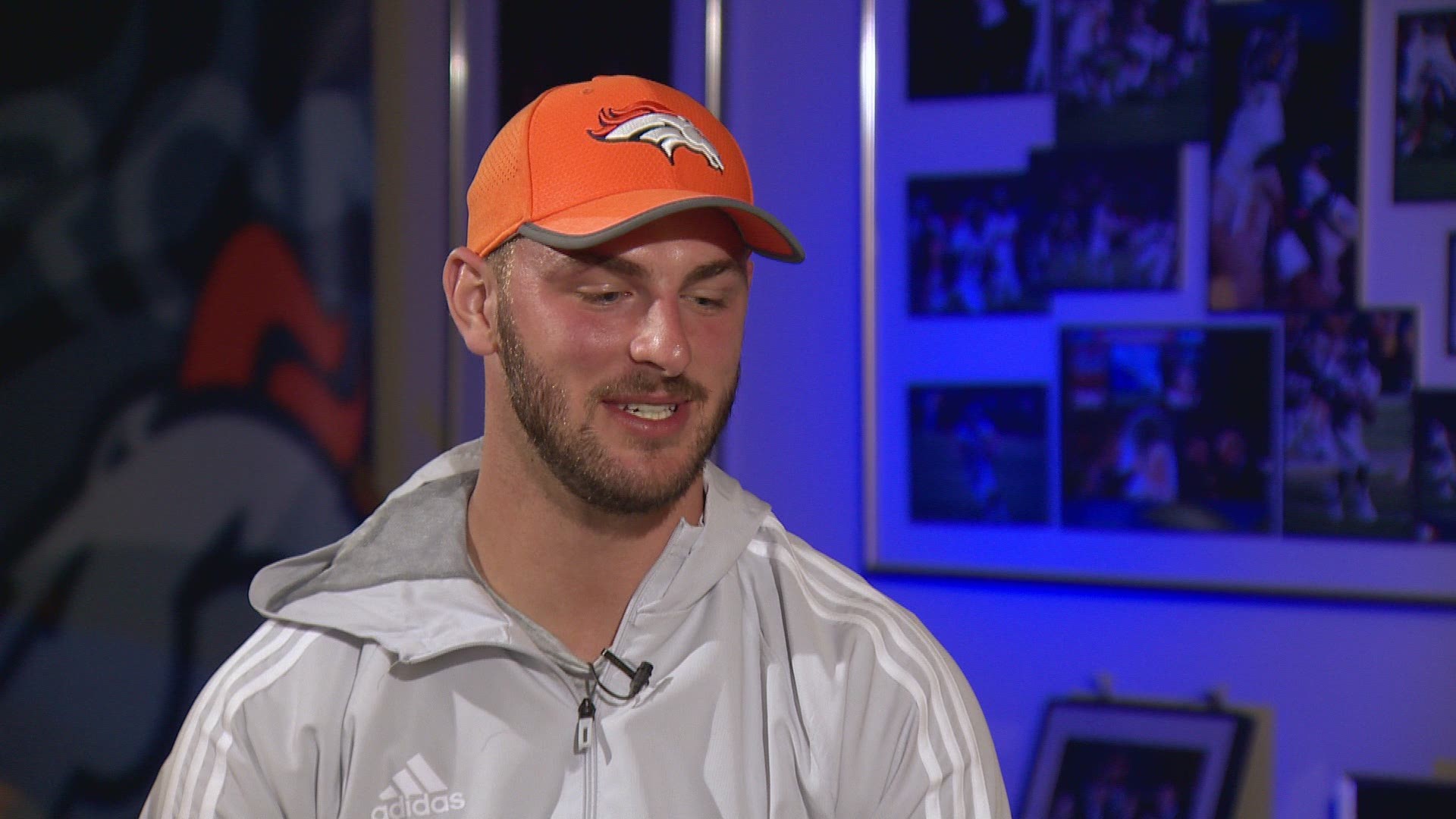 If popularity, positivity and enthusiasm can be measured by the snap, Jake Butt would have set an all-time record during his four seasons with the Broncos.

“It’s a little bit of yin and yang,’’ Butt said when asked to reflect on his time in Denver. “The city of Denver, Broncos fans nationwide for the most part really supported me and wanted to see me succeed. I think even the people who may have poked fun at my injuries, deep down they care about the Broncos and would obviously want to see myself succeed.

“But for me it just sucks not being about to do what I wanted to do. I was able to show just a little splash of it but that can also be a little bit maddening because you get a little flash and you’re like, ‘OK, wait. I belong here. I can play in the NFL. I know I can be a good player in the NFL.’ To just get beat down again and again by injuries, it sucks as far as on field.

“But it’s hardened me (mentally.) I’ve grown a lot personally. Because football is fleeting. It’s going to end at some point and how I’ve grown as a person through these injuries and through these trials is invaluable. In that sense I’m really grateful.”

> The video above is from a 2017 interview with Jake Butt about his very unique name.

Broncos Country was as excited as its ever been for a fifth-round draft pick when the Broncos selected Butt out of Michigan in 2017, even though the superb tight end was coming off a second ACL tear in his final game. They rooted for him through near weekly recovery updates as a rookie, reveled in the talent he flashed through the first three games of his comeback season in 2018 when he had eight catches, four for first downs, and 85 yards.

There was agony for Butt when he suffered a disheartening third ACL injury during a special teams practice drill during a practice prior to the Broncos’ fourth game that season. There were more setbacks in 2019 and then a surprising recovery during training camp of 2020, when against all odds he made the season-opening roster and played in five games.

And then a hamstring pull, coupled with COVID-19 manifesting the Broncos’ ever-changing roster needs, essentially put an end to Butt’s time here.

“Again, it sucks but hey listen, I’m healthy,’’ he said. “I’m running, I’m continuing to improve my game. The further I get out from that (2018) ACL, the better I feel. The more I learn about ACL and knee recoveries the more I can push myself and get back to playing football I know I can play. It’s not necessarily good or bad, it just is what it is.

“I’m grateful to Denver for believing in me and sticking by me and giving me every chance. I didn’t get a handout in camp this year. They didn’t say, “Oh this is a good story, keep Jake on the team.’ I earned that. They saw something in me. They wanted me to be a part of their team last season. I appreciate that. I have nothing but love for Denver. I wish them nothing but the best.”

And so after eight games and 10 total catches, 211 snaps on offense and another 86 on special teams, Butt moves on to the next opportunity, wherever that may be and whenever that may arrive. He understands he may have to be patient. Veterans in his position sometimes must wait until after the draft when teams reassess its roster needs. If one believes it’s worth taking a chance on a talented, when healthy, two-way tight end, Butt could be viewed as a low-risk/high-reward addition.