Broncos' second-year receiver was unguardable most of the long, warm afternoon and scored Denver's only real touchdown. 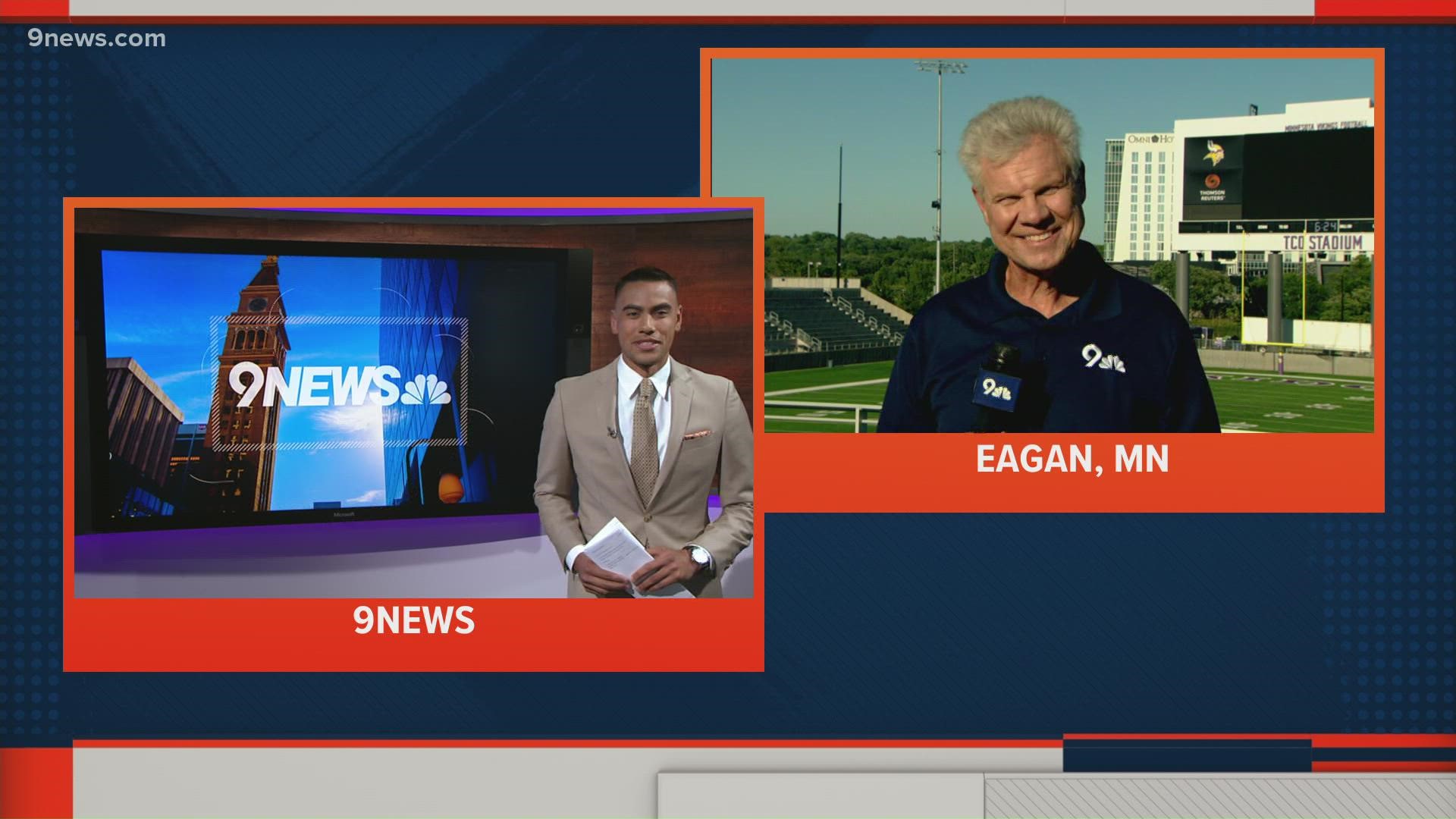 EAGAN, Minn. — The Broncos may have arguably the best four-cornerback set in the NFL but no one has seen any of them consistently cover Jerry Jeudy in training camp.

Vikings cornerbacks learned Wednesday during their joint practice with the Broncos that Jeudy is uncoverable.

"Jerry Jeudy, he scares me, man," said Broncos’ quarterback Teddy Bridgewater. "The way he’s in and out of breaks -- he can’t have an ACL, man. I wish I had his knees.

"But the guy, the way he’s able to change directions. Makes all of his routes look the same. He’s doing a great job of attacking the ball when he goes across the middle. He’s making plays after the catch."

The Great Quarterback Competition runs through Jeudy, the Broncos’ second-year receiver. Throw him the ball and the QB wins the day, whether it be Bridgewater or Drew Lock. Jeudy’s route running, which everyone gushed about during his final year at Alabama and rookie year for the Broncos, may be even sharper this year.

Jeudy had trouble with drops last year, but it appears he has made the adjustment in that instead of catching the ball with his body, it’s all hands now. The Broncos are stacked at cornerback with Ronald Darby, Kyle Fuller, Bryce Callahan and Pat Surtain II. But Jeudy has more than won his share during camp practices at UCHealth Training Center.

Considering he was the second receiver drafted, and No. 15 overall last year, Jeudy’s 52 catches ranked a disappointing 7th among rookies last year and his 856 receiving yards ranked fifth. Bet on a better sophomore year this year.

When Jeudy was working a one-on-one drill here Wednesday at against one of the Vikings’ top three cornerbacks, Mackensie Alexander, Lock was the quarterback beneficiary who hit Jeudy wide open on a double-move flag pattern.

"A very tough cover," Lock said. "It’s almost like he’s got a plan before we snap the ball, how he’s going to set this guy up, whoever it is. He does a pretty good job of getting open, I’ll say that."

During the final move-the-ball, 11 on 11 session on a hot, bright, cloudless and smokeless afternoon at the Twin Cities Orthopedics (TCO) Performance Center, Jeudy made a deep-in cut against Vikings’ starting cornerback Baushaud Breeland. Bridgewater laid it in perfectly as Breeland was late on his undercut attempt. Jeudy caught it and ran into the end zone for roughly a 60-yard touchdown, the only real score of the day for the Broncos’ offense.

"He did a good job of understanding the coverage," Bridgewater said. "We ran a play where I had to read the safety. I was able to hold the safety a little bit with my eyes and Jerry did the rest. Throw it into a tight window and Jerry makes the catch and he goes down and 5 seconds later he’s rolling in the end zone like it’s a fire drill. Like he’s on fire or something."

He torched the Vikings’ secondary Wednesday.