Broncos fall to 0-3 after becoming first NFL team in at least 50 years to not have a sack or takeaway after three games. 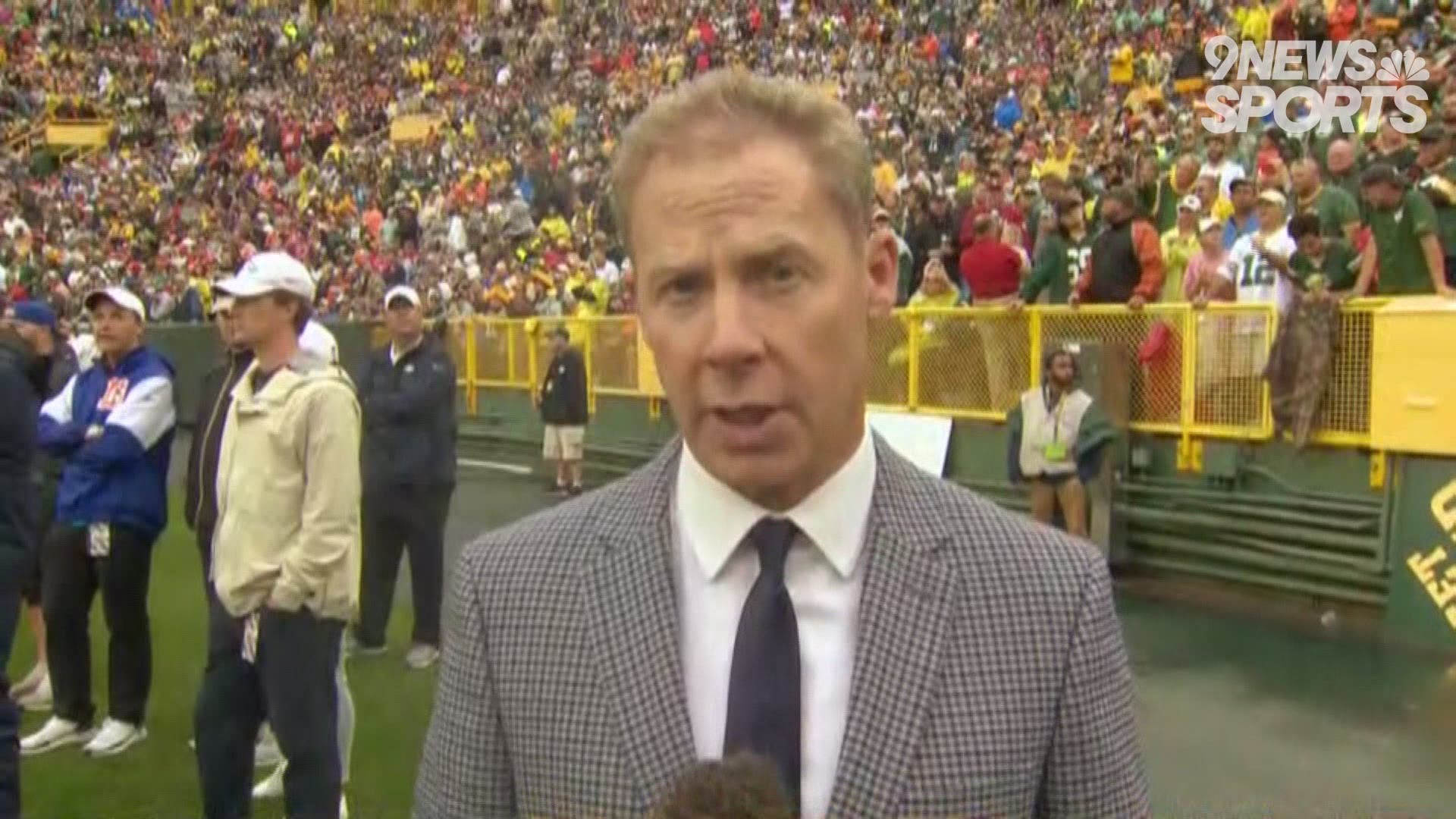 GREEN BAY, Wis. — They hang in there, give the Broncos that. You wouldn't give them that four years ago when the mentality around the team was Super Bowl or Bust.

But realistic expectations of these 2019 Broncos -- who are now 0-3 after losing to the Green Bay Packers, 27-16, on a dreary, sometimes rainy Sunday afternoon before a raucous gathering of 78,078 at Lambeau Field -- must be drastically modified.

Not since the start of the 2016 season, which was the beginning of the decline, have the Broncos and Super Bowl contenders been a potential match.

"Times are rough around here," said Broncos receiver Emmanuel Sanders, one of only five holdovers from the Broncos' Super Bowl 50 team in 2015. "Obviously, the past three years it’s been tough. And so trying to get it right. We sit at 0-3, we’re living in a world of suck."

The world of (stink). There are times when the Broncos don't seem to stink like other 0-3 teams. The Broncos were down big in their opener at Oakland before rallying in the second half, only to lose, 24-16. They had the Bears beaten in week 2, only to get some rotten luck on a roughing-the-passer penalty that resulted in a 53-yard field goal that beat them at the buzzer.

And the Broncos kept their poise against early negative momentum against the Packers, too, in week 3. They rallied to give the heavily favored Green Bay Packers a game.

And then the Broncos made two critical mistakes in successive offensive series near the end of the first half, followed by gifting two more turnovers in the third quarter.

So are the Broncos an 0-3 team that is a few breaks away from better?

"0-3 is awful. But I don’t feel like we’re an awful team," said Broncos' outside linebacker Bradley Chubb, who had three tackles for loss and a quarterback hit but is still looking for his first sack. "We're not a laughingstock, we’re playing everybody close. It’s just a couple plays each time. We just have to be more disciplined as a team on offense and defense and lock in and get those plays and those close games will go in our favor."

Or are the Broncos an 0-3 team that doesn't have much talent but is overachieving to keep the games competitive?

There is one dubious statistical oddity the Broncos have gathered that suggests they are deserving of their 0-3 record: The 2019 Broncos are the only NFL team in the last 50 years to have ZERO sacks and ZERO takeaways through the first three games of a season. How a team with Von Miller and Bradley Chubb can have zero sacks is one of the more puzzling mysteries the once proud Broncos franchise has had to solve.

"Yeah, we’re 0-3, that’s our record, that’s a fact," said Broncos head coach Vic Fangio. "I do see a lot of good out there. But not enough. We’re not doing enough good things that the good teams that win do. Which is protect the ball – it hasn’t been a problem through the first two games, it was today. We’re not getting the ball turned over, as everybody has alluded to. And we’re not stopping them enough, even though our stats might show that. We’re not playing good enough defense either."

A series of two unfortunate events left the Broncos not leading, 14-10 on a Royce Freeman touchdown run, but trailing, 17-10 when Freeman's score was called back on a holding penalty, and a strip sack of quarterback Joe Flacco set up an easy touchdown for the Packers.

On the Broncos' first series after the intermission, rookie tight end Noah Fant had the ball stripped out by Packers' defensive back Jaire Alexander, who got the forced fumble and fumble recovery in one swoop.

However, the Broncos' offense came back on the next series for a 12-play touchdown drive. A swing pass from Flacco to running back Phillip Lindsay gained 36 yards. Later, on fourth-and-goal from the 1, Lindsay was stacked up but fought through two tackles, then was hurled into the end zone by his left guard Dalton Risner for a touchdown.

Lindsay had a nice all-around game, rushing for 81 yards and two touchdowns on 21 carries,and catching four passes for 49 yards.

But after Lindsay's second touchdown, Brandon McManus clanked the upright to miss the extra point but still the Broncos were in it, trailing, 24-16 with 4:23 remaining in the third quarter.

The Packers and Rodgers made it look way too easy on the game-opening drive. He stepped up in the pocket and drilled a 19-yard completion to tight end Mercedes Lewis on the third play. Two plays later, Rodgers took advantage of a free play as Broncos’ edge rushers Von Miller and Bradley Chubb both jumped the snap. Rodgers immediately looked deep and saw receiver Marquez Valdes-Scantling two steps beyond Broncos safety Kareem Jackson.

Valdez-Scantling caught the pass in stride for a 40-yard touchdown.

Midway through the first quarter, though, Broncos’ offensive coordinator Rich Scangarello found his play-calling rhythm. Thanks to a running-into-returner Diontae Spencer penalty against the Packers, the Broncos started at their own 23. They then marched for 15 plays and more than 8 minutes of game clock before Lindsay scored from 1 yard.

During the drive, Flacco completed first-down passes of 16 and 10 yards to Courtland Sutton. Flacco also picked up a first down with a 3-yard scramble to convert a third-and-3.

Flacco completed 20 of 29 for 213 yards with an interception as the Broncos again to take the slow way to points. On their three scoring drives, the Broncos needed 15,15 and 12 plays. The Packers, meanwhile, scored on drives of 5, 2 and 4.

1 / 17
AP
Green Bay Packers fans are seen in the stands during the first half of an NFL football game between the Denver Broncos and Green Bay Packers Sunday, Sept. 22, 2019, in Green Bay, Wis. (AP Photo/Mike Roemer)

Defensive end Derek Wolfe was carted off the field early in the second quarter with a right ankle injury. Although X-rays were negative, the initial diagnosis was Wolfe suffered a severe high, ankle sprain that will sideline him a few weeks. He will have an MRI on Monday.

"It doesn't matter what they say, I'm fine," Wolfe said while wearing a ponderous protective bootaround his right foot. "If it's not broke, I'm fine."

Inside linebacker Josey Jewell again led the Broncos in tackles with six before he left the game in the second half with a leg injury.

The Broncos have yet to see cornerback Bryce Callahan on the field. He didn’t play in the preseason and he’s now been inactive for all three regular-season games.

Callahan is collecting $6.5 million in salary and signing bonus this year. He has $500,000 in per-game roster bonuses he has yet to tap into. He has another $6.5 million guaranteed against injury next year – which he currently would qualify for as he has not recovered from last December’s foot surgery. …