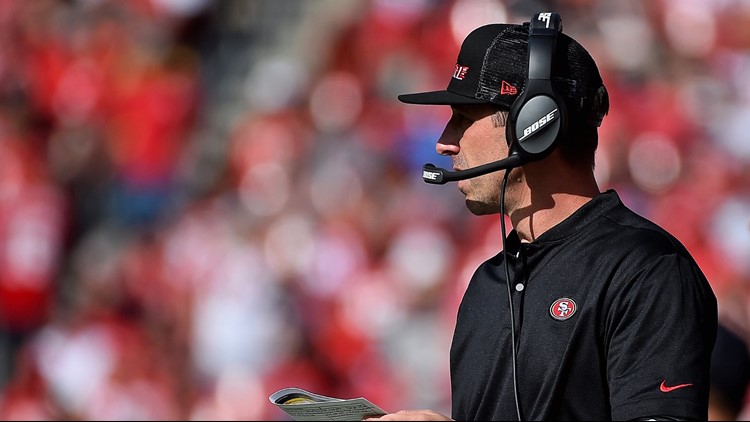 Kyle Shanahan on Broncos coach job: 'Never thought it was going to happen'

ENGLEWOOD — Kyle Shanahan blew them away.

According to sources familiar with the interview, Shanahan, whose father Mike Shanahan was the best coach in Broncos’ history, was off-the-charts impressive. Kyle Shanahan nearly got the job, but Vance Joseph was the leader going into the interview process and he won it at the end.

A couple weeks later Shanahan became head coach of the San Francisco 49ers who this Sunday host Joseph’s Broncos. Was losing out to Joseph for the Broncos’ job on Shanahan’s mind this week?

“No, not at all,’’ he said in a conference call with the Denver media Wednesday. “I enjoyed that whole process a ton. I’ve been asked about it a lot and I have so many people I’m close with in Denver. Just friends and family and my wife (Mandy) -- her being from there and we all have similar friends.

“It was a big deal when it happened because I know a lot of people thought that – especially friends that were pulling for you, they thought I was going to be there, but my wife and I never really thought it was going to happen. We didn’t have our hopes up or anything like that.

“I enjoyed the process. I enjoyed talking to John and Joe. It had been a while since I had seen them. They mainly knew me as a high school kid and even younger, so it was nice to see them. I was somewhat a little bit older and a little bit more mature. I enjoyed it, but I think it worked better for both sides to be where we’re at.’’

Shanahan is 8-20 in his two seasons with the 49ers, including 2-10 this year. Joseph is 11-17, including 6-6 this season. Both coaches have been riddled with season-ending injuries to key players this year.