It's not often a highly-trained, chiseled athlete tries to drop weight for no other reason than to feel better. Broncos linebacker Brandon Marshall is an exception. He went on a plant and grain-based diet to drop from his well-conditioned 238 to 227. 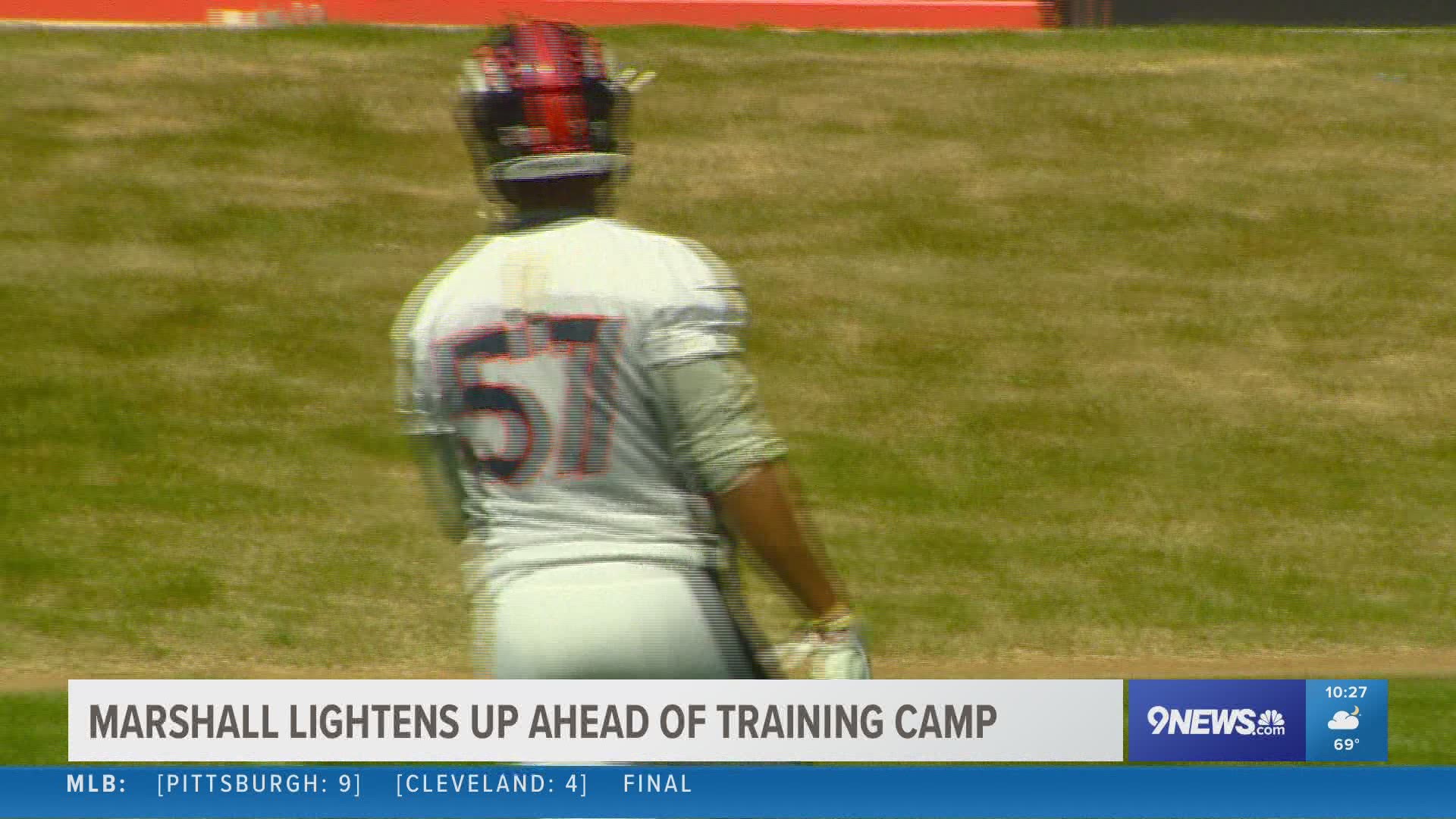 ENGLEWOOD — Just about all of us have tried to lose a pound or 15.

It’s not often a highly-trained, chiseled athlete tries to drop weight for no other reason than to feel better.

Broncos linebacker Brandon Marshall is an exception. He went on a plant and grain-based diet to drop from his well-conditioned 238 to 227.

“It’s an alkaline diet, no meat in it, no dairy,’’ Marshall said. “It’s a lot of plants, a lot of vegetables. Lot of fruit. Some grains, but certain grains. It’s kind of tough, man. To be honest with you, it’s kind of tough.’’

It was former Broncos linebacker Andra Davis who inspired Marshall by saying the lighter you stay, the longer you play. Marshall picked the Dr. Sebi diet. Not only no meat, but no chicken or fish either.

“When I first started the diet, the weight started falling off me,’’ Marshall said. “My first two days I was a little sluggish. Then I kind of got my energy back a little bit. I didn’t really feel really good until day 21. They say it takes 21 days to create a habit, right? The first day of minicamp that’s when I really felt good. … I was off and running. My mind was clear, feeling good.’’

During the Broncos’ summer break, Marshall started adding seafood to his meals. After falling below his targeted weight to 225, he’s back to 227, 228, which is where he will stay.

Still, middle linebackers always had this image of Butkus and Nitschke and Lambert chewing steaks for breakfast. Can a middle linebacker pack the same punch eating veggies and playing at 227?

Marshall was already the Broncos’ three-down inside linebacker, which means he’s their best at covering tight ends and running backs. As he enters his 7th season, Marshall believes less weight will mean more playing years.

“I talked to the other Brandon Marshall as well,’’ Marshall said about the former Broncos receiver who is now in his 13th NFL season. “I talked to him and I said, ‘What’s the most important thing for longevity in the NFL and to be successful?’ The No. 1 thing he said was diet. Diet and then sleep was No. 2. And I’m like, wow, because you would think it was training.

“So, I changed my diet, changed how I’m living and everybody I know that played 12-plus years had great diets. DeMarcus Ware, Paris Lenon and those guys. So, I kind of wanted to transition in being a pro in that aspect of what I eat. Not just watching film and practice, but what I eat as well to be a pro.’’