Broncos head coach dropped 30-plus pounds after he didn’t like what he saw of himself last year. 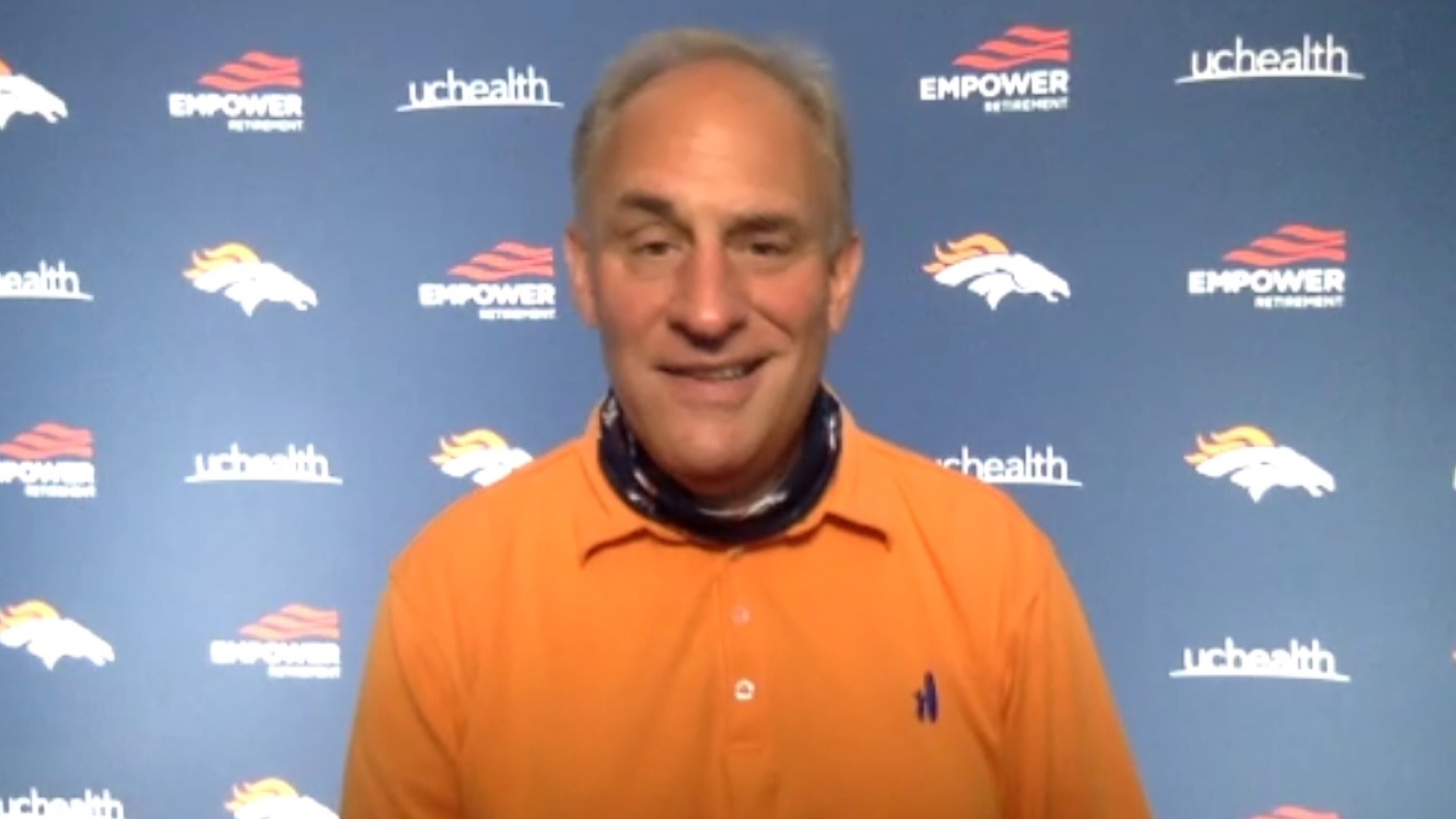 ENGLEWOOD, Colo. — When a person drops a significant amount of weight, one area where it’s most noticeable is the face.

Zoom video conference calls are all about the face, and all about media interviews with Broncos officials and players in 2020.

"I did lose some weight," said Fangio, who after 40 years as an assistant football coach finally got his first head coaching gig last year with the Broncos.

"One of the consequences of being the head coach is I saw myself on the screens and in pictures a whole lot more than usual. I thought I just looked terrible. I decided early in the offseason I was going to lose some weight.

"It actually started before the pandemic. I did lose a good bit of weight for me — probably more than 30 pounds, which sounds good, but it also tells you how fat I got. It was kind of nice. I don’t want to say easy, but when you live alone like I do and you control the food in the house and you’re not going out to eat, it kind of happened. I’m glad it did. I feel good."

Von Miller, the Broncos’ star pass rusher whose sacks sagged to 4 below his average last year, took a different approach to his body. He worked hard to put on muscle mass.

"He has sent me some videos and pictures," Fangio said. "From everything I hear and know, I do think he’s had a hell of an offseason. We all know he had COVID there for a little bit. I don’t think he was affected much by it. It really didn’t slow him down much.

"I’m anxious to see him. He’s put on some weight. I know he’s worked extremely hard. I do sense that he’s got a hunger to his game and to his attitude that I don’t think he’s had the last few years in the league."

Fangio also expressed guarded optimism about left tackle Garett Bolles. Elijah Wilkinson, Bolles’ competition at left tackle, is starting training camp on the physically unable to perform (PUP) list because of ankle/foot surgery, although the expectation is he’ll be ready by the time the pads come on August 17.

RELATED: Broncos' camp Question No. 5: Can Garett Bolles cut down on penalties at left tackle?

"I do think Garett — I saw him the other day — has had a very good offseason," Fangio said. "I think he feels he’s in his best spot both physically, mentally and emotionally than he’s ever been in during his career. I think he feels good coming back with the same offensive line coach (Mike Munchak) for the first time I think in his career. He’s had me as the head coach now for two years.

"I think the arrow is up as far as it goes for Garett. That’s easy to say here as we sit late-July. We’ll see how it unfolds."

Fangio said outside linebacker Bradley Chubb still needs some recovery time from his season-ending ACL surgery last October, but it could have been worse had the third-year, first-round draft pick not been so dedicated to his offseason rehabilitation program.

"The key for him too is he’s doing well mentally," Fangio said. "He never let the grind and the ups and downs of rehab get to him. He fought through it.

"I don’t think we can say he’s 100 percent right now. We’ll watch him. We anticipate him being out there and being practicing and not being on PUP early on. We’ll monitor him. He’s not 100 percent, but he’s pretty damn close and I think he’s had a hell of a rehab."