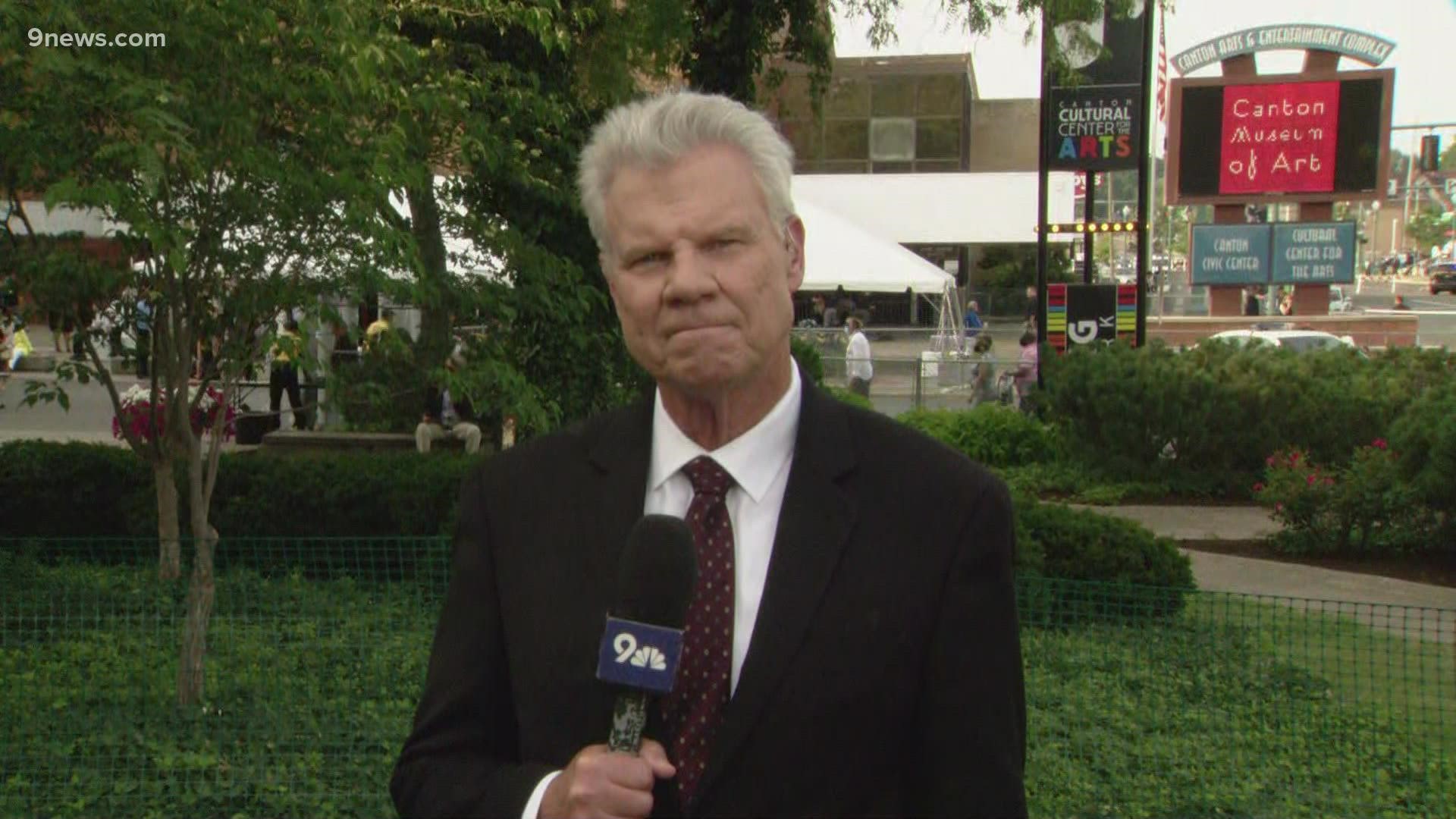 Peyton Manning walked in with his game face.

John Lynch walked in awestruck by it all.

"Pretty special weekend," Lynch told 9NEWS as he was preparing to slide through the metal detectors set up just outside the Canton Community Center, where the for the Pro Football Hall of Fame Gold Jacket ceremony would be held Friday night. "Everything it’s cracked up to be and more. Heading to the Gold Jacket, putting on the Gold Jacket for the first time. I tell ya if its anything like everything else has been.

"The (Ray) Nitschke Luncheon today, only the Hall of Famers, had me in tears. What a special weekend and pretty special fraternity we’re entering."

Atwater, Manning and Lynch, who all were prominent players for the Denver Broncos, are among the large class of 2020 and 2021 Hall of Famers.

"It’s been neat," Manning said as he walked through a hallway at the convention center. "The luncheon was great. Fun seeing players you played with, played against, looked up to. That’s been the best part of it, I’ve seen a lots of people and it’s been special."

The Gold Jacket is the first half of formal induction.

The bronze bust will come later -- Saturday for Atwater, who was elected last year, and Sunday for Manning and Lynch, who are part of the class of 2021.