That's up from 20 or so veteran players who attended Phase I. Competition brought on by rookies, Ja'Wuan James saga likely reasons for increased participation. 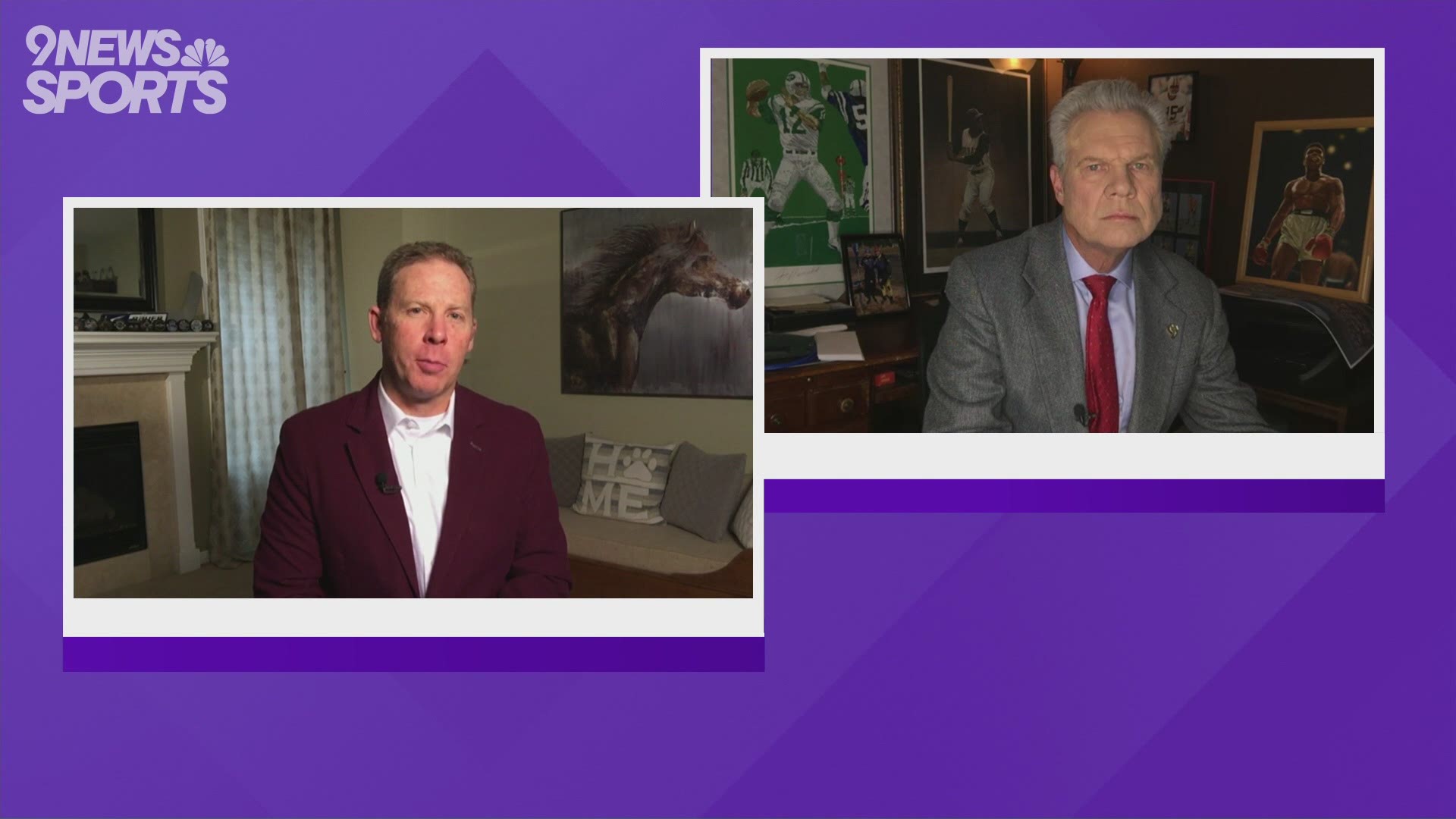 DENVER — The boycott has developed some serious cracks.

At least 71 Broncos – some put the estimate at more than 75 – showed up for the first day of the NFL’s Phase II offseason program. That’s well up from 20 or so players who attended the four-week Phase I conditioning program. The Broncos have 90 players on their offseason roster.

Broncos rookies accounted for a 21-player increase. But that still meant an additional 30 to 35 veterans who didn’t attend Phase I showed up for the first day of Phase II. The NFL player union has been urging its players not to attend their team-supervised offseason program at the team facility, but it’s apparent more and more players are breaking ranks.

The offseason veteran player attendance increase can likely be explained by two factors: One, the Ja’Wuan James/DaeSean Hamilton sagas, and two, the added competition from the presence of rookies.

James, a right tackle, and the receiver Hamilton both suffered season-ending injuries while working out away from the Broncos’ facility in the last two weeks and the NFL has stated the team has “no contractual obligation to provide salary continuation during the year in which the injury” occurred. As for the rookies, most veteran players cannot afford to lose the advantage they have over the kids.

“It’s a competition,’’ starting inside linebacker Josey Jewell, who has to fend off Justin Strnad, who missed his rookie season last year because of wrist surgery, and rookie Baron Browning, told 9NEWS on Sunday. “With them being there I’m sure it will intrigue some guys and make them want to come in and do their work.

“And yeah, it’s unfortunate about Ja’Wuan and DaeSean. You never want that to happen, especially away from the facility. It’s a tough time. Everyone is in limbo still with their decision. It will be interesting who shows up and who doesn’t.’’

Among the offensive players who joined quarterbacks Drew Lock, Brett Rypien and freshly signed Case Cookus for Phase II drills Monday were the full complement of receivers, including Courtland Sutton, Tim Patrick, Jerry Jeudy, KJ Hamler, Tyrie Cleveland, Diontae Spencer and rookie Seth Williams. Newly-acquired quarterback Teddy Bridgewater was not present. He is attending to personal matters and is expected to join the team next week for the start of the Phase III OTAs and minicamp periods.

Among the defensive players who attended the Phase II opener were Von Miller, Dre’Mont Jones, Josey Jewell, Alexander Johnson (who rode in on his bicycle), Malik Reed, Mike Purcell (who is rehabbing his Lisfranc injury), DeShawn Williams and McTelvin Agim, among others.

Sam Martin, the team’s punter, was there Monday, but kicker Brandon McManus was not. McManus, the team’s lead player union rep, and his top union assistant Justin Simmons were among the absent. However, Reed is an alternate player rep and he attended the Phase II workout Monday.

The now completed Phase I involved weightlifting, running and stretching. There were no on-field football drills or coaching instruction, although team meetings were conducted virtually.

Phase II lasts five days. It began Monday and will conclude Friday. It allowed for on-field football drills, although there was no 11-on-11 practice. Vic Fangio and his coaches were on the field for instruction. Meetings were again conducted virtually.

Phase III, which consists of 10 organized team activity practices (OTAs) and three mandatory minicamp sessions, will begin next Monday and run through June 18.