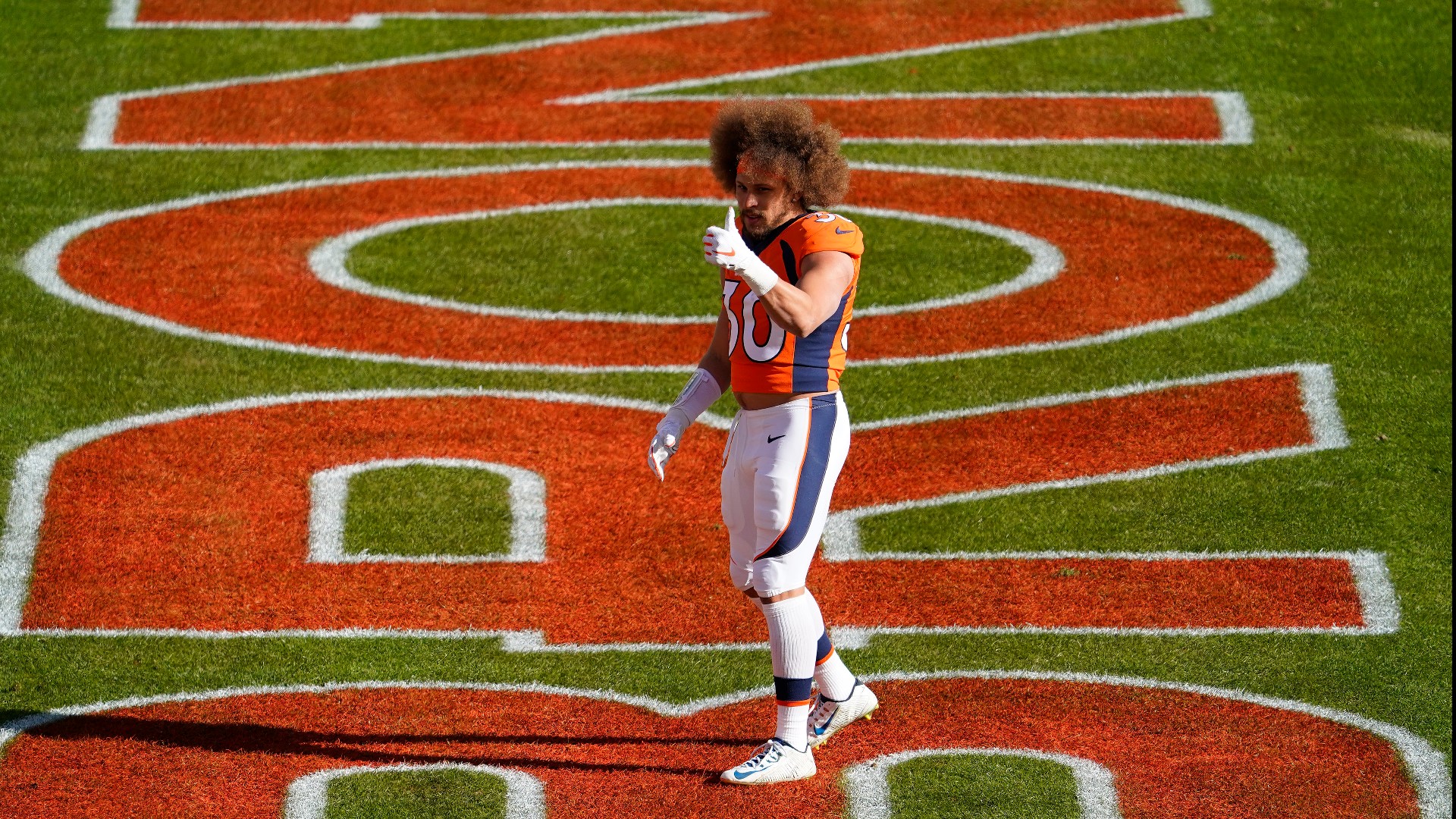 Even after missing all of last season with an ankle injury, even when he's 10 days away from his 32nd birthday, even with one year and $18 million in cash and $22.225 million in cap remaining on his contract, even after Miller refused a restructured contract that included a pay cut, new Broncos general manager George Paton couldn't let Miller go.

Paton decided Tuesday morning to exercise the option that fully guarantees $7 million of Miller's $18 million for 2021, a source told 9NEWS, which was the first to report of the decision.

Actually, Paton and Miller spoke Monday night. Miller assured Paton he is all in on the Broncos.

In the end, Paton's decision came down to this: He believes Miller is still a very good player. While $18 million cash and a $22.225 million cap hit may have seemed steep a couple days ago, it didn't after eight pass rushers -- none of whom are as accomplished as Miller -- agreed to contracts that ranged from $13 million per year to Shaq Barrett's $18 million per. The average contract of those eight pass rushers was $15.06 million per year.

Miller remains in the final year of his six-year contract that, at the time of his 2016 signing, set a new defensive player record with an $19.083 million annual average.

Once it became clear Miller would not accept a restructure that included a pay cut, Broncos general manager George Paton was essentially left with two choices – pick up the $7 million guarantee option with the likelihood of paying the outside linebacker the full $18 million in 2021; or decline the option which would release Miller to free agency.

After 10 years of mostly Hall of Fame-caliber play that culminated with his Super Bowl 50 MVP performance to finish the 2015 season, the Von era in Denver continues for at least one more year. The consensus is Miller’s dominant performance against Cam Newton’s Panthers, that brought a third Lombardi Trophy to Denver, gives him the edge over Champ Bailey and Randy Gradishar as the best defensive player in Broncos’ history.

His Broncos career began when he became their No. 2 overall pick from the 2011 NFL Draft in what was new general manager John Elway’s first notable acquisition.

Miller responded with 11.5 sacks in his first year that earned him the NFL’s Rookie Defensive Player of the Year Award. He followed that up with a career-most 18.5 sacks and six forced fumbles in 2012.

But then came Miller’s first, but not his last, brush with off-field drama. He was initially suspended four games for violating the league’s substance abuse policy after a positive marijuana test. The penalty was later upped to six games because of aggravated circumstances related to how he tried to skirt the test.

Miller returned bulked up for the rest of the 2013 season but managed just 5.0 sacks before he suffered a torn ACL in the second-to-last game of regular season and missed the team’s postseason trip to Super Bowl 48.

He then became an inspiring story of redemption. Miller returned to post 14.0 sacks in 2014 then 11.0 in 2015, plus another five more combined in the AFC Championship Game against Tom Brady and the Patriots, and Super Bowl against Cam Newton and the Panthers. Miller’s two strip sacks of Newton led to two Denver touchdowns, the difference in a 24-10 win. Thus, the Super Bowl MVP trophy.

After signing his monstrous contract, Miller played well, even if the team didn’t, over the next three seasons, registering 13.5, 10.0 and 14.5 sacks. He then slumped to eight sacks in 2019 before missing the entire 2020 season after he suffered a torn tendon in a practice leading up to the season-opener.

More recently, Miller was under criminal investigation by the Parker Police Department, although the local District Attorney’s office later announced no charges would be filed.

Miller has the Broncos' team record with 106.0 sacks, a total tied for 25th all-time. What sets Miller apart from the game’s other premier edge rushers is Miller could also cover backs and tight ends and was strong against the run.