League says that because James suffered injury while working out off campus, he's not entitled to "guaranteed" $10.58 million payout in 2021. 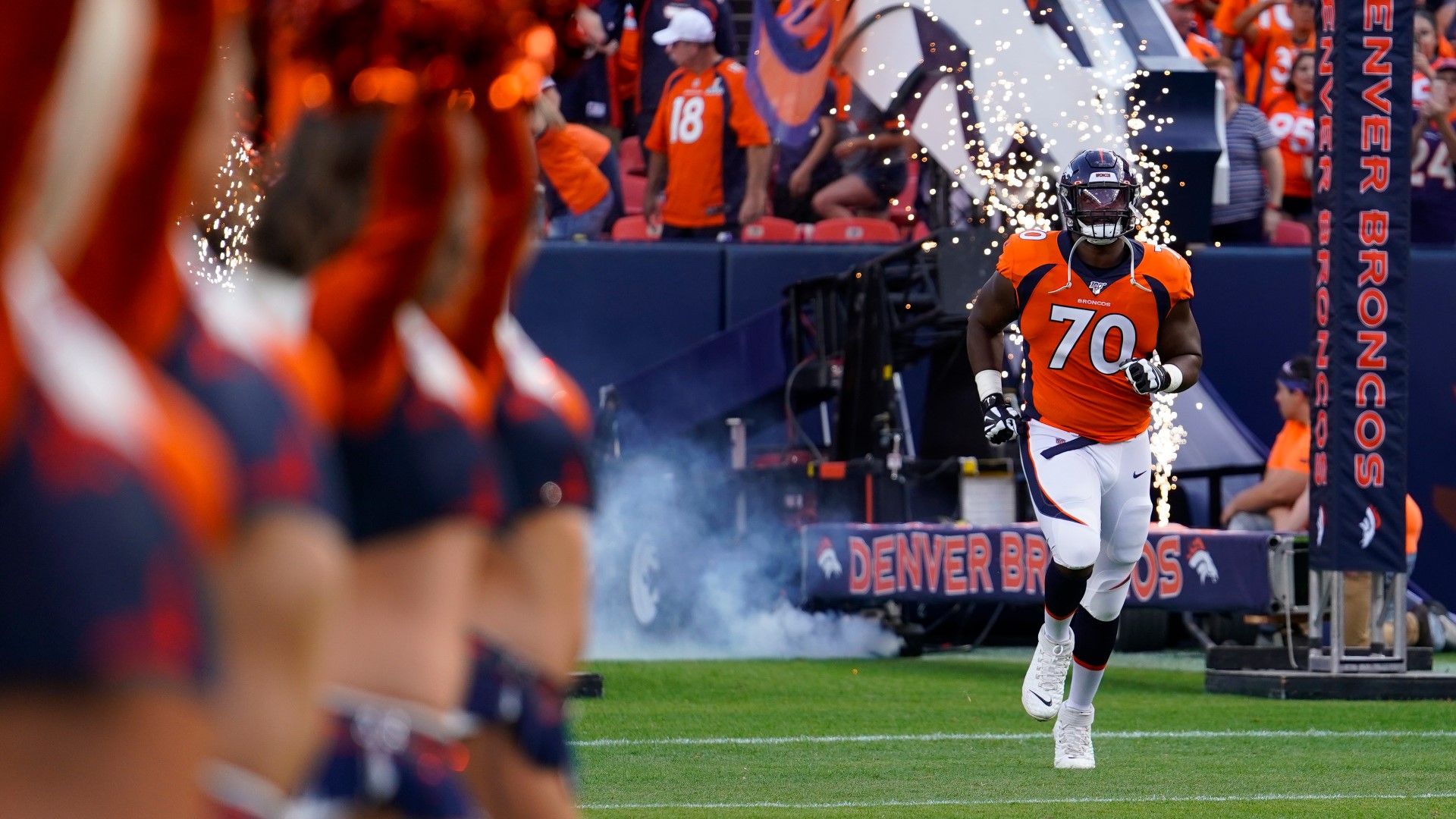 ENGLEWOOD, Colo. — In a bluntly-stated memo, the NFL has held up Broncos’ right tackle Ja’Wuan James as the poster child for what could go wrong to players who boycott their team’s offseason workout program.

James suffered a torn Achilles injury Tuesday while working out away from the team-supervised conditioning program conducted at the Broncos’ UCHealth Training headquarters.

The league memo distributed to all 32 teams Wednesday and obtained by 9NEWS made it clear James was not entitled to the $10 million-plus salary he was “guaranteed” to draw in 2021.

The memo stated that injuries sustained while working out somewhere other than an NFL facility “are not covered,” and “clubs have no contractual obligation to provide salary continuation during the year in which the injury” occurred.

The league memo referred to James by name and mentioned his $10 million salary, although it did not include the extra $579,412 he was to draw from the league expanding its regular season from 16 games to 17.

According to sources, James had visited the Broncos’ weight and conditioning facility multiple times this spring until the NFL players union urged its constituents to not attend the team’s offseason workout program. The Broncos are currently in Phase I of their offseason program, which is limited to conditioning and weight-lifting but no football-related drills, plus virtual team and positional meetings. About 20 players have showed up for the Phase I workouts, anyway, but that means roughly 45 veteran players have not.

The Broncos’ rookie minicamp will be held next weekend, May 14-16. A one-week phase II that includes on-field football drills with coaches – but not 11 on 11 -- will run from May 17-21. Then come three weeks of OTA (organized team activity) practices in which there can be non-contact, 11-on-11 drills and a three-day mandatory minicamp from May 24 to June 18.

Don’t bury the lead, NFL. Here’s the money line: A player who suffers injury while working out “on his own” means “clubs have no contractual obligation to provide salary continuation during the year in which the injury was sustained.” For James, wording can’t be harsher. #9sports pic.twitter.com/iZw0AYiQjl

Although player union members have urged rookies not to show for their rookie minicamp, several of the Broncos’ recent draft picks have told 9NEWS they will attend, stating they have too much to learn and a roster spot to make.

"I’m under the impression we’ll have it," Fangio said. "I spoke to Brandon (McManus, the Broncos’ player union representative) and Justin (Simmons, assistant rep) before Phase I started. About a week before. They told me what they and the players were looking for. And what they were looking for transpired. To have the first four weeks be virtual. And then a one-week Phase II where we could have a wrap up period on the field. And then the OTA sessions and the minicamp at the end. So I’m under the impression that’s what everybody wanted on the players’ side of it. So I’m anticipating it to be pretty normal but as we all know it is voluntary."

If the Broncos don’t pay James his $10.58 million salary – and the league memo puts pressure on the organization to not pay it – then the no-longer projected starting right tackle clearly would have suffered a terrible break. Then again, for glass half-full types, James received $17 million in salary and signing bonus in 2019 and only played 63 snaps all season. That’s roughly one game’s worth. (Indeed, Tampa Bay ran exactly 63 plays in whipping the Kansas City Chiefs in Super Bowl LV).

So dollar-per-snap, James is still one of the league’s highest-paid players of the past three seasons.