Pat Bowlen Trust fires back at Bowlen Wallace: She presently 'is not capable or qualified'

ENGLEWOOD – The Pat Bowlen Trust has fired back at Beth Bowlen Wallace, who hired a public affairs firm to announce she “is throwing her hat in the ring” to become controlling owner of the Denver Broncos.

The Trust seemed outraged that Bowlen Wallace is treating this like a run for public office. The Trust informed Bowlen Wallace she is presently “not capable or qualified” to take her father’s place because she has failed to meet the criteria that has been explained to each of Pat Bowlen’s seven children.

Trustee Joe Ellis, who also serves as the Broncos’ chief executive officer and president, told 9NEWS, “we will continue to follow Pat’s blueprint – and nobody else’s – while keeping our focus as an organization on having a successful season.’’

Beth Bowlen had worked with the Broncos for a little more than three years with the title as director of special projects starting in 2012. The team has never stated the reasons why she stopped working for the club or whether she was fired, but The Trust did state, “she was fully informed as to why her employment with the team ended in 2015.’’

Bowlen Wallace is not the only one of Pat Bowlen’s children to express a desire to become controlling owner. The Trust meets regularly with interested children but indicated Bowlen Wallace has declined its invitations to meet over the last two years.

“Pat was determined to ensure the Broncos would remain a premier franchise in the National Football League in the event of his absence,’’ the Trust said in a statement. “He chose to sustain the team’s success in that eventuality by appointing three non-family trustees to determine whether any of his children had become qualified at some point to step into his shoes.

“Pat did not designate Beth as a trustee or appoint her to a leadership position, nor did he instruct the trustees to specifically mentor her. He made it clear that his children were not automatically entitled to a role with the team and that they would have to earn that opportunity through their accomplishments, qualifications and character.

“As trustees honoring the clear wishes of Pat, we have thoroughly evaluated whether Beth is capable of succeeding her father as controlling owner. We have determined that she is not capable or qualified at this time.

“We have communicated our decision to Beth and her lawyers on multiple occasions. She is also fully informed as to why her employment with the team ended in 2015.

“Although Beth has declined our invitations to discuss her qualifications for the last two years, we will continue to proactively engage and meet with any of the Bowlen children who express a desire to earn the right to succeed their father.''

However, there are members of the Bowlen family who issued statements of support for Bowlen-Wallace. Pat Bowlen's two brothers, John and Bill, and older sister Amie Bowlen Klemmer, stated Bowlen-Wallace is qualified to run the team.

"As Pat's brother, I fully support my niece's bid to become the controlling owner of the Denver Broncos,'' Bill Bowlen. "She is fully capableand qualified to run and manage the Broncos as she has met all the requirements established to lead the team.''

While this split between family members and split between some members of the family and the Trust makes for unusual water-cooler fodder, the fact is only the three-person Trust -- comprised of Broncos president and chief executive officer Joe Ellis, Broncos general counsel Rich Slivka and attorney Mary Kelly -- has legal authority to anoint the next person in charge.

“As trustees, we will continue to honor Pat’s long-standing plan to determine the Broncos’ future ownership and any potential appointment of his children to leadership positions within the organization,'' the Trust statement continued. "Our decisions will always be guided by what will ensure the long-term success and stability of the Broncos while also doing what’s best for our community, our fans and the NFL.

“Consistent with Pat’s long-standing succession plan, our decisions are not to be dictated by the short-term or personal interests of any individual. We will vigorously defend Pat’s plan in responding to these and any statements that are contrary to Pat’s words and intentions.”

Clearly, the Trust wants to set the record straight regarding Bowlen Wallace’s campaign. The timing of Bowlen Wallace’s press release is also coming into question as her father Pat Bowlen turned 74 in February and while he is still dealing with Alzheimer’s Disease, he is still recognized as the Broncos’ owner.

In recent months, it appeared another one of Pat Bowlen’s children, Brittany Bowlen, was getting groomed to become the team’s future controlling owner. She got her degree from Notre Dame, worked two years in the NFL office, one year with the Broncos, recently completed her MBA at Duke and was recently hired by a worldwide business management consulting firm, McKinsey & Company.

Bowlen Wallace, perhaps sensing she is a longshot to take control of the team, decided to go public with her attempt to pull off an upset.

“I love the Denver Broncos,’’ she said in her press release. “This team has been so special to my family, to the City of Denver and to the state of Colorado. My father’s legacy is very important to me and my family. It is my desire to lead this team with the same passion my father did and help the Broncos become Super Bowl champions again. I have the ambition, experience and drive, and my mentor in running a winning NFL franchise is the best in the business – my father.”

It appears it will take more than simply Bowlen Wallace’s desire to sit in her father’s chair at team headquarters for the Trust to choose Pat Bowlen’s successor.

Until then, NFL commissioner Roger Goodell seems pleased with how the Trust has been operating the Broncos’ franchise.

"(Pat)’s done an extraordinary job of setting that up,’’ Goodell said on January 31. “Those decisions… I think are all questions that the trustees have to decide. They are in compliance with our rules. They have been very thoughtful. They have done a terrific job of leading that franchise over the last several years as Pat has focused on his health issues, and I think Pat put that in place because of the care and the focus and the importance of the Broncos to him and making sure that it continued to be in the right hands and with the right kind of leadership.’’

Contacted by 9News, the league had no comment to Bowlen-Wallace going public with her desire to run the team.

PHOTOS | Pat Bowlen Through The Years 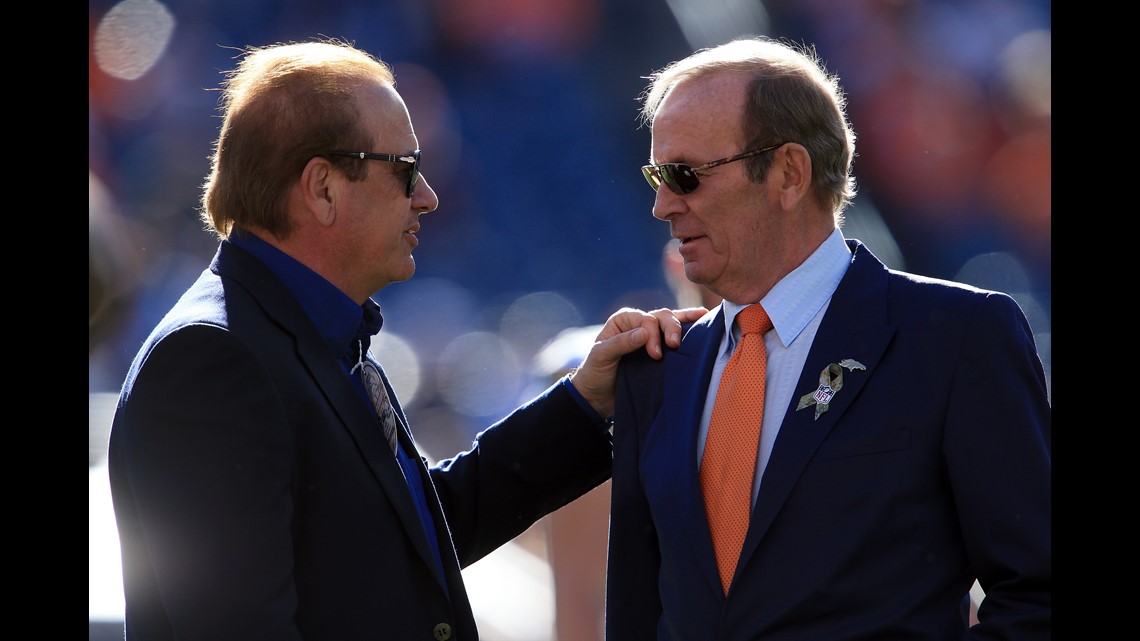