George Paton was the Vikings' assistant GM for 14 years, but he had to become the Broncos GM before holding his first press conference in Minnesota. 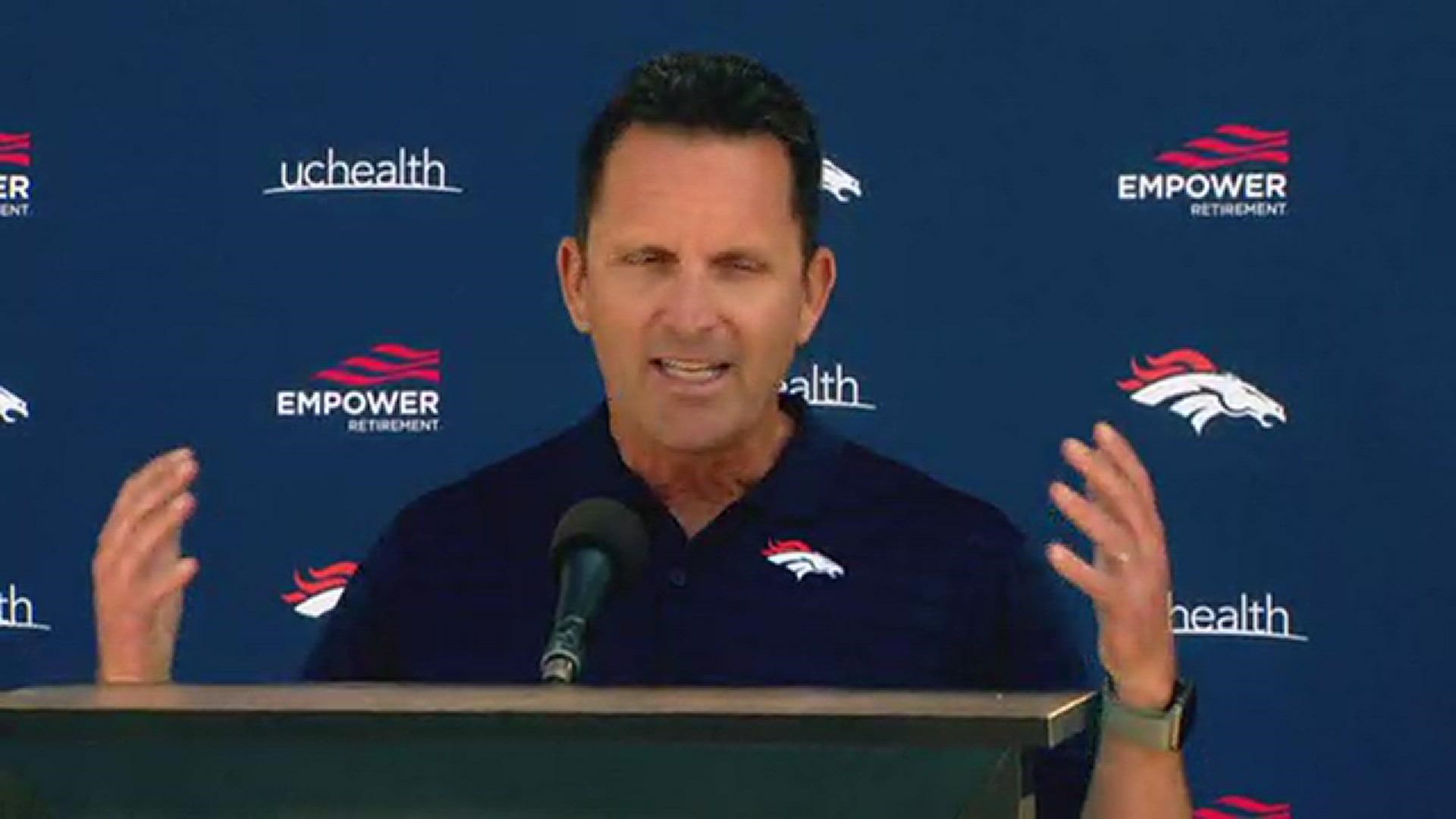 EAGAN, Minn. — George Paton began by saying that after 14 years as the Vikings’ assistant general manager, this was his first press conference in front of the Minnesota media.

“Rick kind of had a muzzle on me,’’ Paton, who was addressing both the Denver and Minnesota media Thursday prior to the second joint practice between teams at the TCO Performance Center, said in reference to his longtime boss and best friend, Vikings' General Manager Rick Spielman.

First things first, once the pleasantries were set aside: What about the quarterback position where Drew Lock and Teddy Bridgewater are competing for the right to start the season opener Sep. 12 against the New York Giants?

“You can see, some days it’s Drew; some days it’s Teddy,’’ Paton said. “These guys are working hard, they embrace the competition, which I really like and I know Vic does as well. I think we’re on the right track with both these quarterbacks.’’

RELATED: Teddy finishes with TD to take the day in the Broncos' QB competition

Paton said the process to evaluating the play of Lock and Bridgewater enters Phase II after each practice. The coaches and personnel staff involved – himself, Head Coach Vic Fangio, Offensive Coordinator Pat Shurmur and Quarterbacks Coach Mike Shula, in particular – will re-watch the practice on film.

“We do a deep dive with the tape,’’ Paton said. “Then I’ll meet with our scouts. And then I’ll meet with the coaches and we talk about every practice, every throw. All the other positions as well, but definitely the quarterbacks.’’

He reiterated it will be Fangio’s call as to who will win the job. Lock can make every throw but decision-making and accuracy were issues last year and while he’s improved in these areas in training camp, he still makes more mistakes than Bridgewater. Bridgewater can’t make every throw, but he’s accurate and makes quick decisions.

Paton was asked if he feels pressure now that he’s sitting in the big football front-office chair to find a franchise quarterback.