He's interested, he says, because he cares about the Broncos. 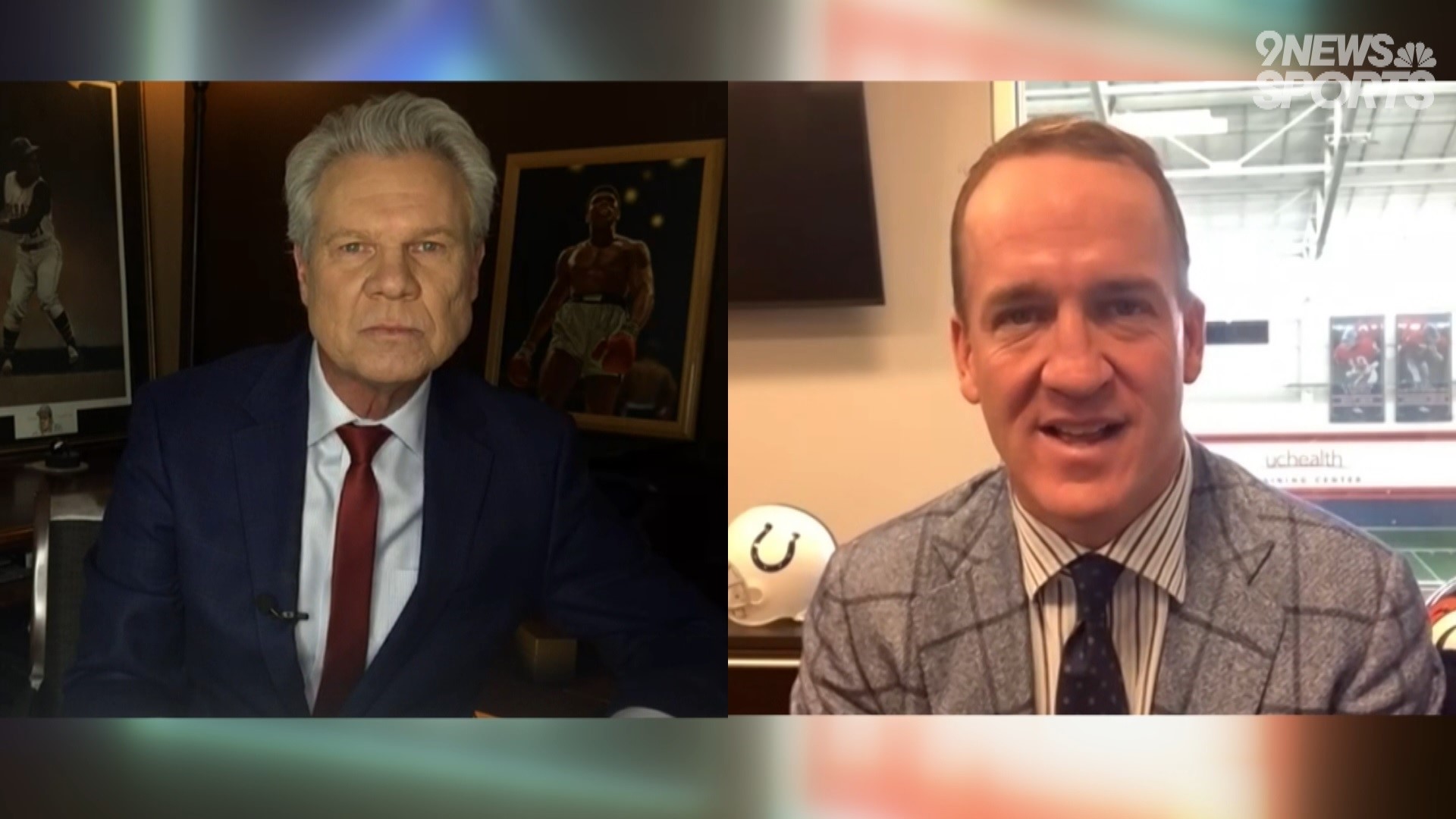 About all anyone knows about the future of the Broncos’ ownership situation is no one knows.

Given this time of uncertainty at the organization’s top -- given there will be a new person at the top whether from within or outside within, say, a year or two – would Peyton Manning ever consider a role with the team?

>The video above is from February. Peyton Manning on retirement: 'Still on too many commercials; probably on TV way too much'

“Certainly living in Denver, I’m very much a Broncos ambassador, fan, season-ticket holder,’’ Manning said Wednesday during a Pro Football Hall of Fame Zoom news conference. One of the NFL’s all-time best quarterbacks, Manning will be formally inducted into football immortality on August 8 in Canton, Ohio. “Been to every game the past 5 years since I retired that fans were allowed to go to, so I’m certainly interested in what’s going to happen as anybody because I care about it. Just like I care about the Indianapolis Colts, the University of Tennessee, you name it.

“As I’ve told you before I’ve kind of gone on a year-to-year basis in this second chapter. I’m going to try to do this, this year. I don’t really go past that very much because you try different things and maybe you like it, maybe you don’t. I never knew I’d be a game show host (The College Bowl) I can promise you that.”

“Look, being part of the game is important to me. I’ve found different ways to be involved with it. Doing these things for ESPN, the Peyton’s Places, the history of the game, that’s been a blast. Getting to watch film with Joe Namath and Raymond Berry, I mean, that’s a dream come true for a football junkie like me. But I’ll always be a part of the Colts and Broncos’ organizations in some way.

“But obviously I’m interested in what’s going to happen (regarding Broncos ownership). I haven’t said ‘no’ to anything officially forever. I’ve just said ‘no’ to some things each year. The next year maybe things change. So who knows what will happen in that but it’s going to be a part of my life forever in my opinion.”

Other subjects Manning addressed during his Zoom news conference:

*His ceremonial first pitch at baseball’s All Star Game Tuesday night at Coors Field. He bounced it well in front of the plate.

*His Hall of Fame speech.

They’ve been interminably long – several longer than 30 minutes – but Manning says the HOF and network executives are insisting on keeping them in the 6 to 8 minute range. As Manning is going last, the less bored the audience by the time he speaks, the better.

“They’re saying there’s a blinking light at 6 minutes, maybe a little bell going off at 7 minutes and then at 8 minutes, they say someone’s going to come up and lead the applause to end the speech,’’ Manning said. “The other inductees and I have texted each other about everybody trying to honor that and be respectful of the person behind you. … I’m right there at 7 minutes and 50 seconds as we speak. Unfortunately, there’s just not enough time to thank everybody.”

*On how Denver and the Broncos became a bigger part of his life, especially moving forward, than the Colts and Indianapolis.

“It’s hard to predict things too far in advance. I certainly wanted to play for the Indianapolis Colts because they’re the team that drafted me. I think every player should have that goal. It doesn’t happen very much, anymore. I was fascinated by John Elway being only a Bronco. Marino being only a Dolphin. Aikman, Cowboys. My dad drafted by New Orleans, the majority of his career lived in New Orleans. So that was my plan all along.

“And then things changed. Things happened. … I can still remember I was in a hospital bed in California (following his latest neck surgery) watching the Colts play the Texans on Opening Day (of 2011). Kerry Collins is the starting quarterback for the Colts. I just remember me and (wife) Ashley in there and how emotional I was watching that and couldn’t be out there with my teammates and then had to miss that entire season.”

The Colts were so bad without Manning carrying them, they wound up with the No. 1 overall draft pick – as once-every-generation quarterback prospect Andrew Luck came out of college. Luck was the Colts’ choice; Manning was released to free agency.

“Denver just welcomed me with open arms,’’ Manning said. “They were the only team that understood what I was going through emotionally, physically. And I think a lot of that was Elway. Elway flirted with going to other teams, rumors and whatnot. He knew how that could have affected him. He certainly knew injuries.

“They were the only team that said, ‘Hey, Peyton, give us your Indianapolis Colts’ playbook, we’ll form this hybrid offense with plays that we like here in Denver that we think will help you. … Not every other team was doing that. So I will always be indebted to Denver with Fox, Elway, McCoy, Gase for helping me in that transition. Just had a wonderful four years playing there.

“Moving’s a pain. That was a major ordeal to move a long time ago. I still have a great relationship with Indianapolis and still very involved in their community just like I am in Knoxville and New Orleans, but you can only live in one place and Denver has just been a great place to live. Really couldn’t have made a better decision to go out there and play back in 2012.”

RELATED: Broncos 'all in' on Safety depth for 2021