Cody Latimer's attorney said the altercation, which began during a poker game, involved allegations of sexual assault on a 4-year-old. 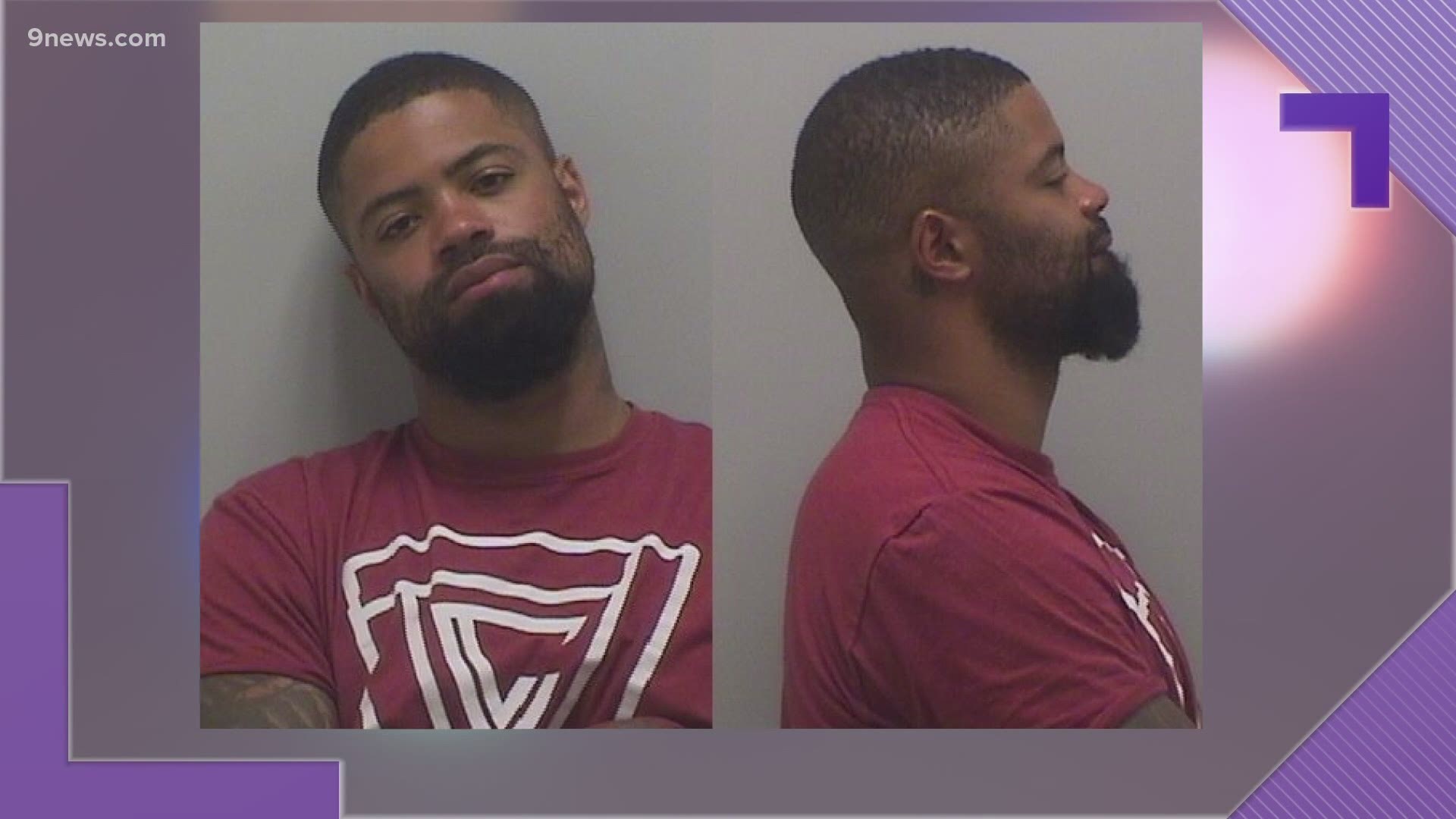 DOUGLAS COUNTY, Colo. — Former Broncos receiver Cody Latimer had his first virtual court appearance Monday afternoon after he was arrested over the weekend on suspicion of assault and illegal discharge of a gun.

Latimer appeared on a video call before Judge Patricia Herron with his Denver-based attorney Harvey Steinberg. He was released Saturday from Douglas County Jail after a $25,000 bond was posted.

According to the Douglas County Sheriff's Office (DCSO), a deputy responded to an apartment on Zenith Meridian Drive in unincorporated Douglas County just after midnight Saturday.

According to the arrest report, one man, later determined to be the victim, was detained and escorted for medical attention for a contusion on top of his head and a cut on his face.

The victim told deputies that Latimer, who he said was his best friend, called to set up a poker game at his apartment, the report says. About seven or eight people arrived at his apartment at about 8 p.m., according to the report. Latimer was there, as well as the victim's girlfriend. The report says alcohol was being consumed during the poker game, including by the victim and Latimer.

During the game, Latimer became involved in an argument with another person, the report says. The report did not mention what the argument was about, however, Latimer's attorney in court on Monday said the argument involved an allegation of a sexual assault on a 4-year-old.

The victim told police he separated the two and kicked everyone out of his apartment. About 30 minutes later, Latimer showed up at his apartment, the report says.

According to the victim, Latimer was agitated, angry and blamed him for his confrontation with the other person. The victim said Latimer then pulled out a black handgun from the pocket of his hoodie and said he saved two bullets for the victim and the victim's girlfriend, according to the police report.

Latimer then said he would never hurt the victim or his girlfriend, according to the report, and emptied the magazine and cleared the chamber of his gun. But then Latimer became angry again and at one point fired two shots in close proximity to the victim, the police report says.

Latimer was later arrested at 3:15 a.m. and charged with:

A protection order against Latimer was put in place and a hearing for filing charges has been scheduled for 8:30 a.m., July 24.

Steinberg, Latimer's attorney, in court Monday asked the judge that deputies not speak to Latimer about the sexual assault allegations, which are not against him, unless Latimer's attorney is present. The judge agreed.

Latimer, 27, was a second-round draft pick for the Broncos in 2014. He never developed as a receiver, although he did become a special teams standout.

After four seasons, Latimer became a free agent and played the past two years with the New York Giants. He recently signed with Washington.