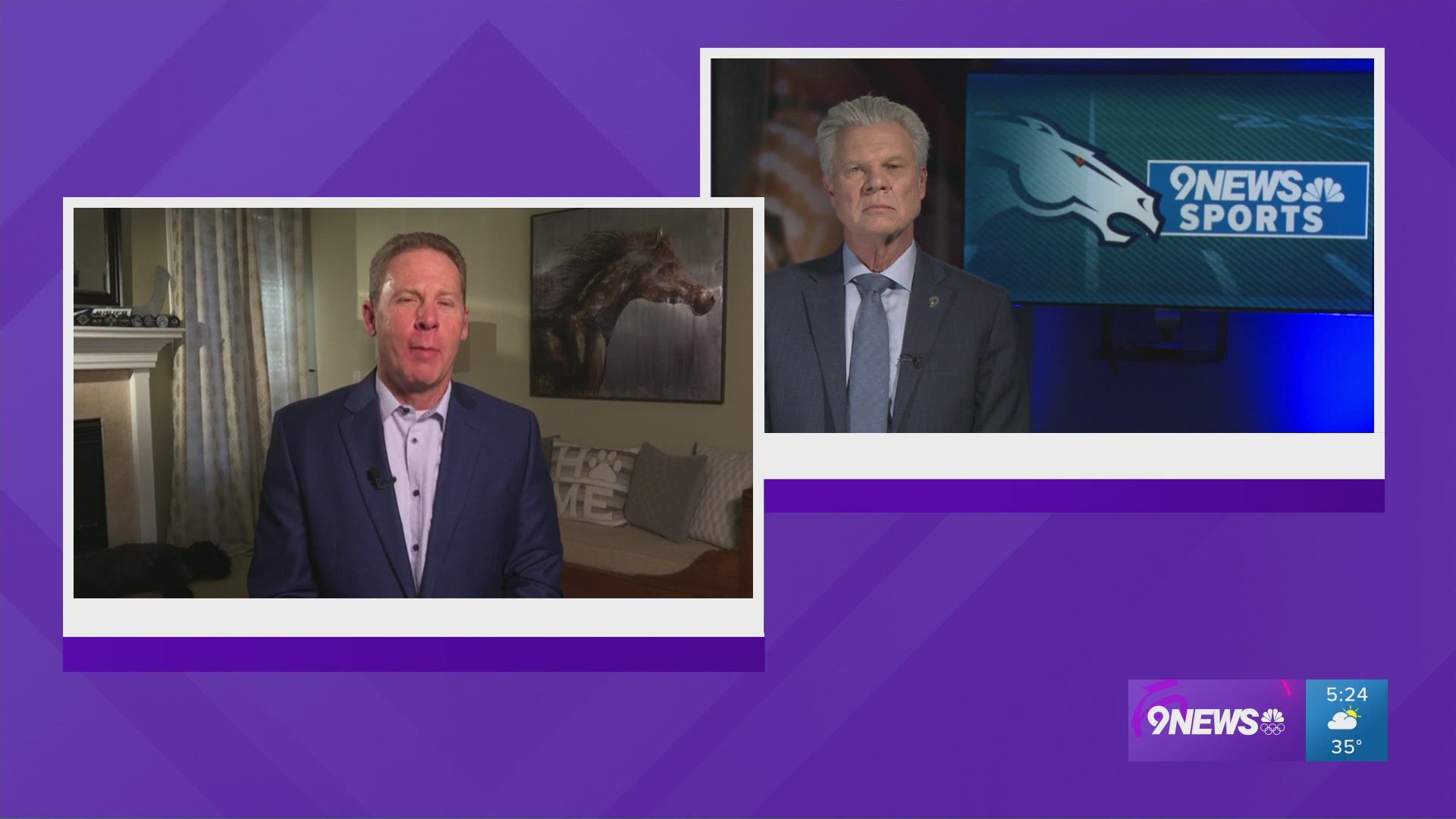 DENVER — Shelby Harris looks back and appreciates the struggle.

He now has a three-year, $27 million contract that will pay him $10 million in 2021. Now that he has it, he seems grateful that he wasn’t born into money.

Far from it. After going through two colleges, he wasn’t a first-round draft pick who started his NFL career with millions and millions.

But the $9 million signing bonus he just received exceeds what he made through his first seven NFL seasons combined. That can be life-changing.

“Nothing really changes for me,’’ Harris said in an exclusive interview with 9NEWS on Friday. “It’s not like I’m 21, 22. I have all these kids so, we might hit a beach this weekend. Other than that, business as usual at the Harris household.”

For those who got paid and underperformed, the problem wasn’t necessarily that they became content. To the contrary, what often happens is stars with newfound riches put too much pressure on themselves to meet the loftier expectations that come with big money.

Harris was asked how he will avoid such trappings.

“Hey, man, I grew up with nothing,’’ he said. “Even when I got in the league and got a little bit of money that didn’t change me. So nothing is going to change for me because I know how hard I worked to get here. I have the right people around me who are going to keep me grounded.

Harris’ sack totals dropped from 6.0 in 2019 to 2.5 in 2020 (two sacks came in Game 3 against Tom Brady and the eventual Super Bowl-champion Tampa Bay Bucs). That was in part because he missed four games with COVID and then took a couple games to regain his physical sharpness. But he points out a 3-4 defensive end should not be judged on sacks alone.

“Even though I had 6.0 sacks two years ago, I felt like my pass rush last year was way better and more efficient,’’ Harris said. “And I think the league saw that. I was winning more, and winning more efficiently. Even though the sack numbers weren’t there, the pressures and hits were up. I went up there and really showed I can be a legit pass rusher in this league.”

Indeed, Harris had a career-most 11 quarterback hits – four on Brady alone – in his 11 games last season.

Even without Von Miller, who missed the entire 2020 season with a torn ankle tendon, the Denver D ranked ninth in the NFL with 42 sacks. But the turnovers didn’t follow at a corresponding rate as the Broncos ranked 29th in takeaways with 16 – four coming in a season finale 32-21 loss to the Raiders that dropped Denver to 5-11.

To help improve the Broncos’ overall defense that ranked 25th in scoring and 21st in yards allowed, the Broncos decided to bring Miller back, going so far as to guarantee $7 million of his $18 million salary.

“My thing is, we only got one year of Von and (Bradley) Chubb,’’ Harris said, referring to the 2018 season when the edge-rushing duo combined for 26.5 sacks only to swap season-ending injuries in the two seasons since. “I have such high hopes for this defense. I believe we can be top three, top two. I think we should be the top defense out there. We have a helluva lot of playmakers go out there and on any given Sunday make plays. I feel like we have All Pro players. It’s just up to us go out there and put that work in.”

The problem is that no defense may face better quarterbacks within its division than the Broncos. The AFC West features Kansas City’s Patrick Mahomes II, who despite getting walloped by the Bucs in Super Bowl 55, remains the consensus choice as the league’s best quarterback; the Chargers’ Justin Herbert, who just won NFL Offensive Rookie of the Year; and the Raiders’ Derek Carr, who has ranked in the top 10 each of the past two seasons in passing with 100-plus passer ratings.

“We have a bunch of great quarterbacks in the AFC West,’’ Harris said. “But like you saw in the Super Bowl, the No. 1 way you get to a great QB is by pass rush. Pressure. I feel like we just fortified that, so I think every QB out there should be worried.’’

Although players haven’t come together as a team this off-season, Harris has been around the building enough to feel a different vibe following the first wave of free agency work by new general manager George Paton. There is still much work to do for a team that was not only 5-11 last season, but 23-41 in the past four. The quest to upgrade the quarterback position continues, and the Broncos have picks No. 9, 40 and 71 in the first three “starter” rounds of the draft.

So what are the Broncos’ expectations for 2021?

“First we got to get back to the playoffs,’’ Harris said. “The whole time I’ve been here, we’ve definitely underperformed and … new regime, new change, that’s over. It’s all about accountability and getting back to where we know we can be.”