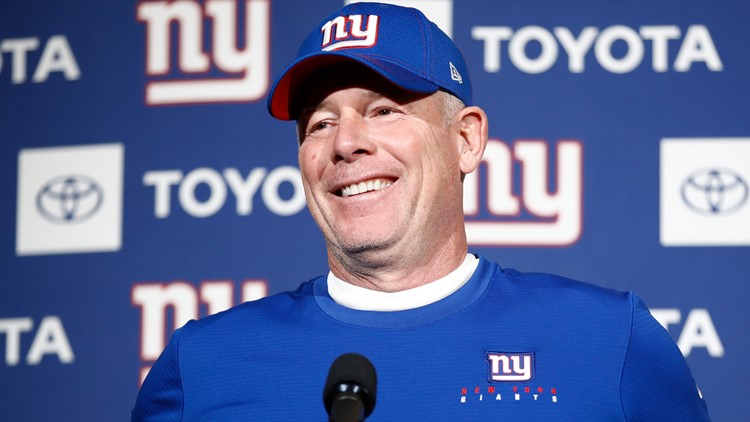 Pat Shurmur is in the building.

The Broncos’ new offensive coordinator stepped inside his new work home Monday when he met with the boss who hired him, head coach Vic Fangio, and various staff members at UCHealth Training Center, a coaching source told 9NEWS.

Shurmur, 54, is the nephew of former Green Bay Packers defensive coordinator Fritz Shurmur, who was victimized by the John Elway “Helicopter” in Super Bowl XXXII.

Pat Shurmur played center at Michigan State, then embarked on a long coaching career that includes 11 seasons as an NFL head coach and offensive coordinator. He has called more than 12,000 plays during that time, including the Minnesota Miracle that put Case Keenum and the 2017 Vikings into the NFC Championship Game.

It’s this kind of experience that brought coaching comfort to Fangio, who made room for Shurmur by firing offensive coordinator Rich Scangarello after just one season.

Two of Shurmur’s former coaches said he is smart and a man’s man who seeks input from his staff during game-planning and play-calling. He can scheme a passing game, but he is foremost a proponent of the running game. He is adept at halftime adjustments.

Andy Reid was a major influence on Shurmur’s coaching career during their 10 seasons together from 1999-2008 in Philadelphia.

Reid is now head coach of the Kansas City Chiefs who have defeated the Broncos nine consecutive games dating back to 2015.

Besides his impressive experience, Shurmur has extensive time developing young quarterbacks, most notably Sam Bradford, Nick Foles and Daniel Jones -- important as the Broncos appear to be  going forward with second-year quarterback Drew Lock in 2020. Shurmur also got the most out of Keenum.

How Shurmur’s offenses have ranked during his time as NFL head coach or offensive coordinator: