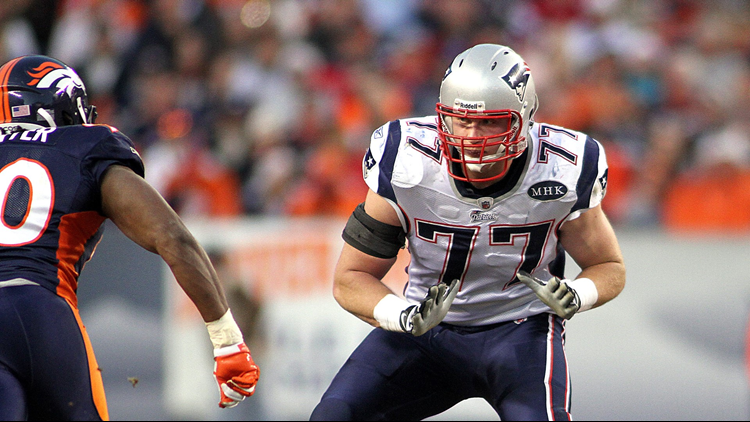 Nate Solder prepares to block against the Denver Broncos on December 18, 2011 in Denver, Colorado. Photo by Marc Piscotty/Getty Images.

MIAMI — “Unbelievable, right?’’ he told 9News before walking into the NFL Honors show. “I feel like I’m representing Buena Vista and the values they instilled in me to be here tonight. It’s really special for us.

“When I came in the league, I always said I wanted to use my platform to help people. And I don’t think at first I knew exactly what that meant. But it’s such a blessing to be a part of this group. The Walter Payton Man of the Year is very special. A lot of great guys here.”

Solder played left tackle the past two years for the New York Giants and head coach Pat Shurmur and offensive coordinator Mike Shula. A standout during a previous stint with the New England Patriots, Solder struggled to meet expectations of a contract that paid him $35 million over his first two seasons with the Giants.

Shurmur was fired last month but quickly caught on with the Broncos as their new offensive coordinator. Shula came with him to be the Broncos’ new quarterbacks coach.

“That’s excellent,’’ Solder said. “You’ve got a great staff. Growing up, I was a Broncos fan and I just wish the best for all those guys.’’

So what kind of play caller are the Broncos getting in Shurmur?

“I know (rookie quarterback) Daniel Jones thought very highly of him and he was the one working with him all day long so that says a lot,’’ Solder said.

RELATED: New Broncos OC Pat Shurmur: 'I believe in everything we all know about the Broncos'