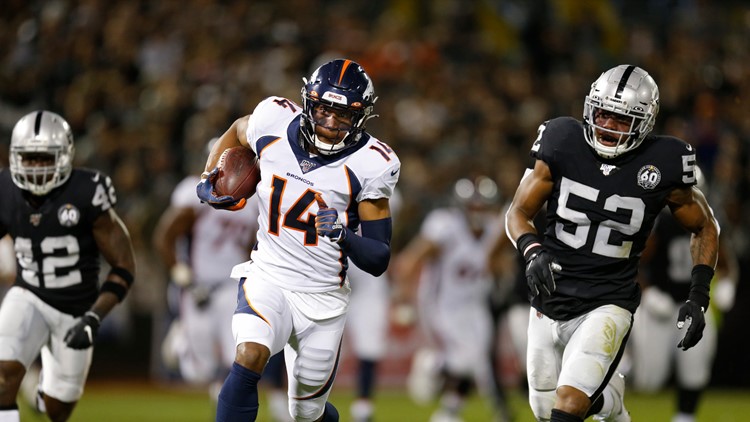 OAKLAND, Calif. — It wasn’t just the production but location.

In the Broncos highly disappointing, 24-16 loss to the Oakland Raiders in their season opener Monday night, second-year receiver Courtland Sutton may have turned in Denver’s most encouraging performance.

Start with his career-best 7 catches for 120 yards. No sense overlooking the obvious. More telling, perhaps, in Sutton’s growth as a receiver is where he did his damage.

Five of his seven catches and 112 of his 120 yards came on catches between the hash marks. This from a guy who was known as a boundary, 50-50, high-point receiver as a rookie last year.

"Like I said in the beginning of training camp, I want to be something more than just a deep-ball guy," Sutton said after the Raiders’ game. "I’m pretty sure you guys could see I didn’t go deep too many times today. It was all the intermediate stuff working down the field."

The Broncos’ other top receiver, Emmanuel Sanders, also had a fine game, especially in the second half when he had four catches for 80 yards and a touchdown. Such a performance, though, is almost expected of Sanders. He caught a 53-yard heave from Joe Flacco down the middle and 1-yard touchdown on a back-shoulder fade near the right corner of the end zone.

Route running was Sutton’s issue last year, but he’s obviously improved in that area in year two. Sutton used his 6-foot-4, 216-pound frame to help separate on the medium-range post pattern against the Raiders.

"Coach Rich (Scangarello) does a good job putting us all in position to make plays and that’s a play that was working tonight," Sutton said. 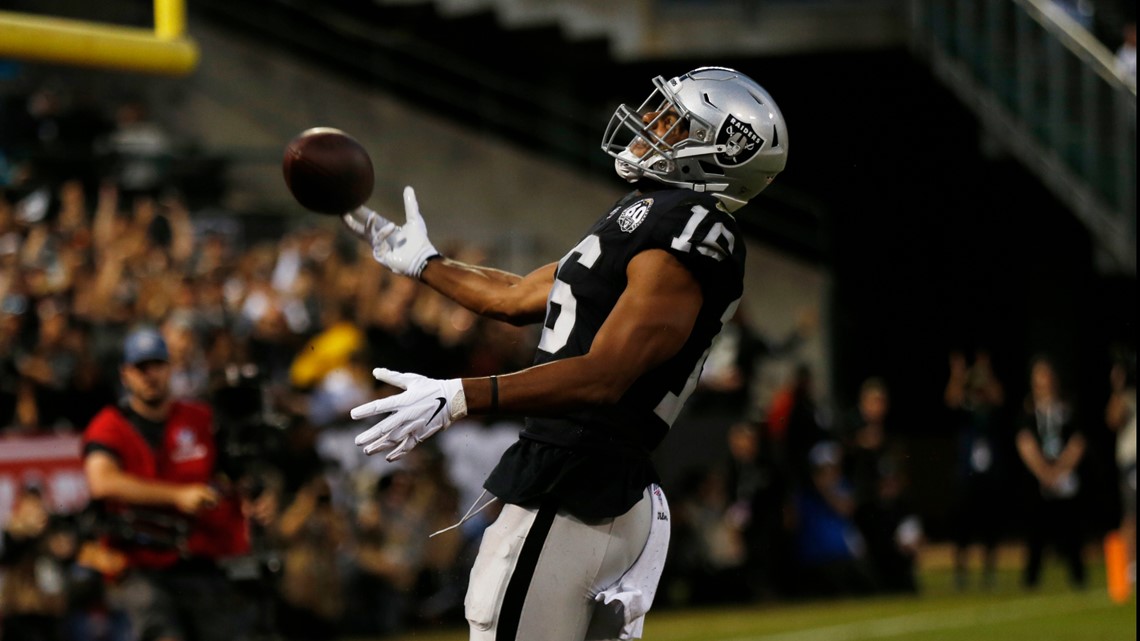