The day the music died at Broncos training camp practices

Music doesn't play during Broncos training camp practices. Vic Fangio says it's tough to coach up a player when you have to yell over the music speakers. 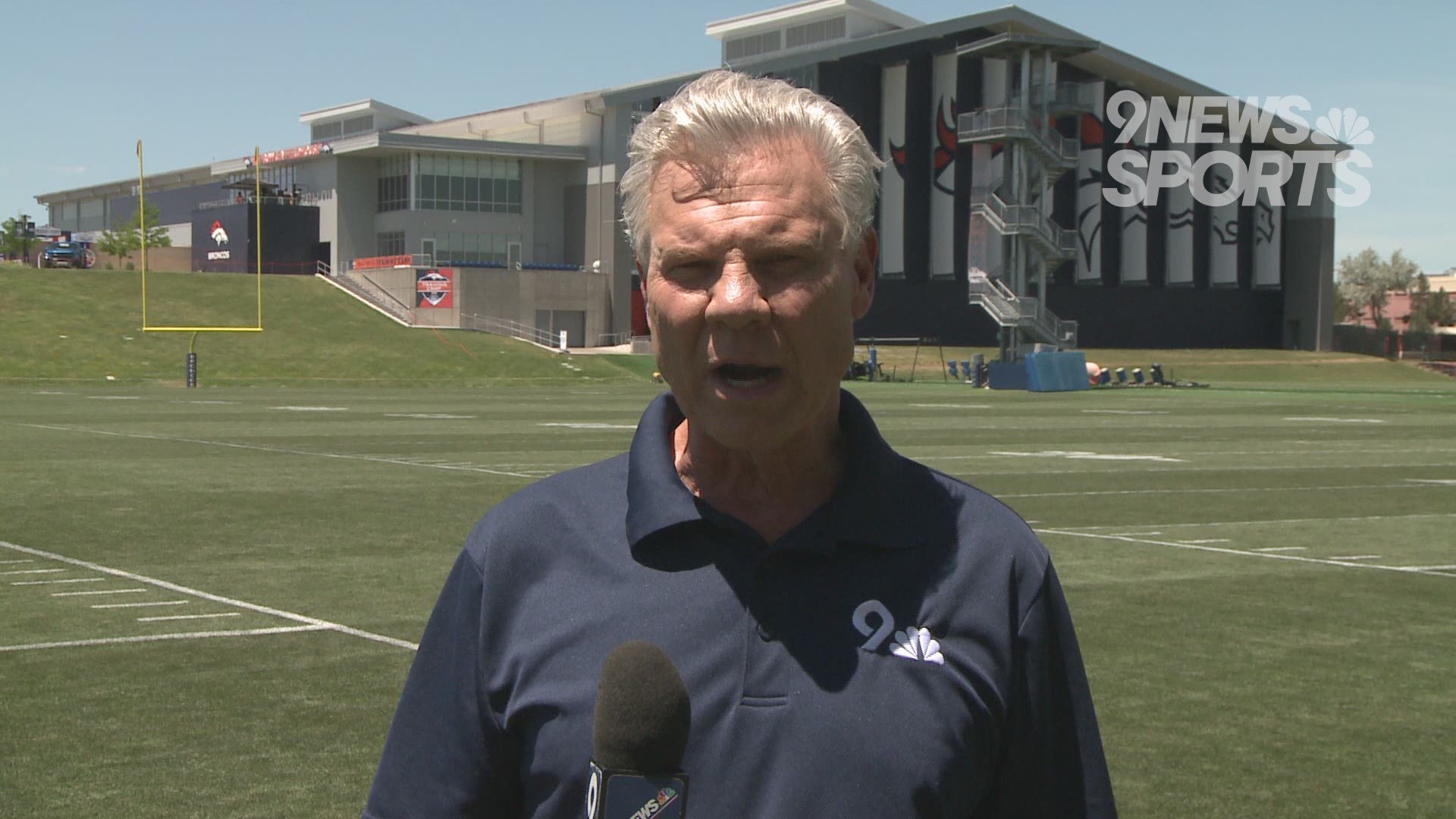 ENGLEWOOD, Colo. — There is a new sound to Broncos training camp this year.

Vic Fangio doesn’t even have music playing during the pre-practice stretch. There's some music as the players come out and warm up on their own and the crowd gathers in the berm. But come 9:15 a.m. when it's time to stretch, you can hear strength and conditioning coach Loren Landow yell "left leg, right leg" from a mile away.

Imagine if Fox had the same policy. We would have been robbed of the famous Peyton Manning country dance during the playing of "Rocky Top."

So what gives coach Fangio? Are you that old school?

"Anybody’s who has been a position coach, or assistant coach, they don’t like the music," Fangio said. "It makes it hard to talk to your guys. I don’t see the benefit of having music out there. I was an assistant coach and I don’t want to drum out the noise to talk to my players."

Fangio made one more point.

Hey, I wouldn’t mind hearing some Green Day or John Prine to ease the repetitiveness of a football practice. But they weren’t playing my songs anyway.

"When it goes to the point where we need to simulate crowd noise in practice, which we will do, it will be noise," Fangio said. "It won’t be music. It will be noise. That’s what it is in the game. Noise by definition sounds annoying. Music sounds nice so if we have to deal with noise let’s deal with noise."

Music is a matter of taste. There were some tunes played during past camp practices that some Broncos fans may have found annoying.

Bad music is better than no music at all? Fangio doesn’t agree.

"I don’t like it," he said. "I don’t like to have to yell to communicate to a player that’s standing as close as me and you are. That makes no sense."

RELATED | Rough camp practice for Hogan does not mean Lock is ready for No. 2 QB