Vinny Castilla has big day in Futures/Celebrity All Star twinbill 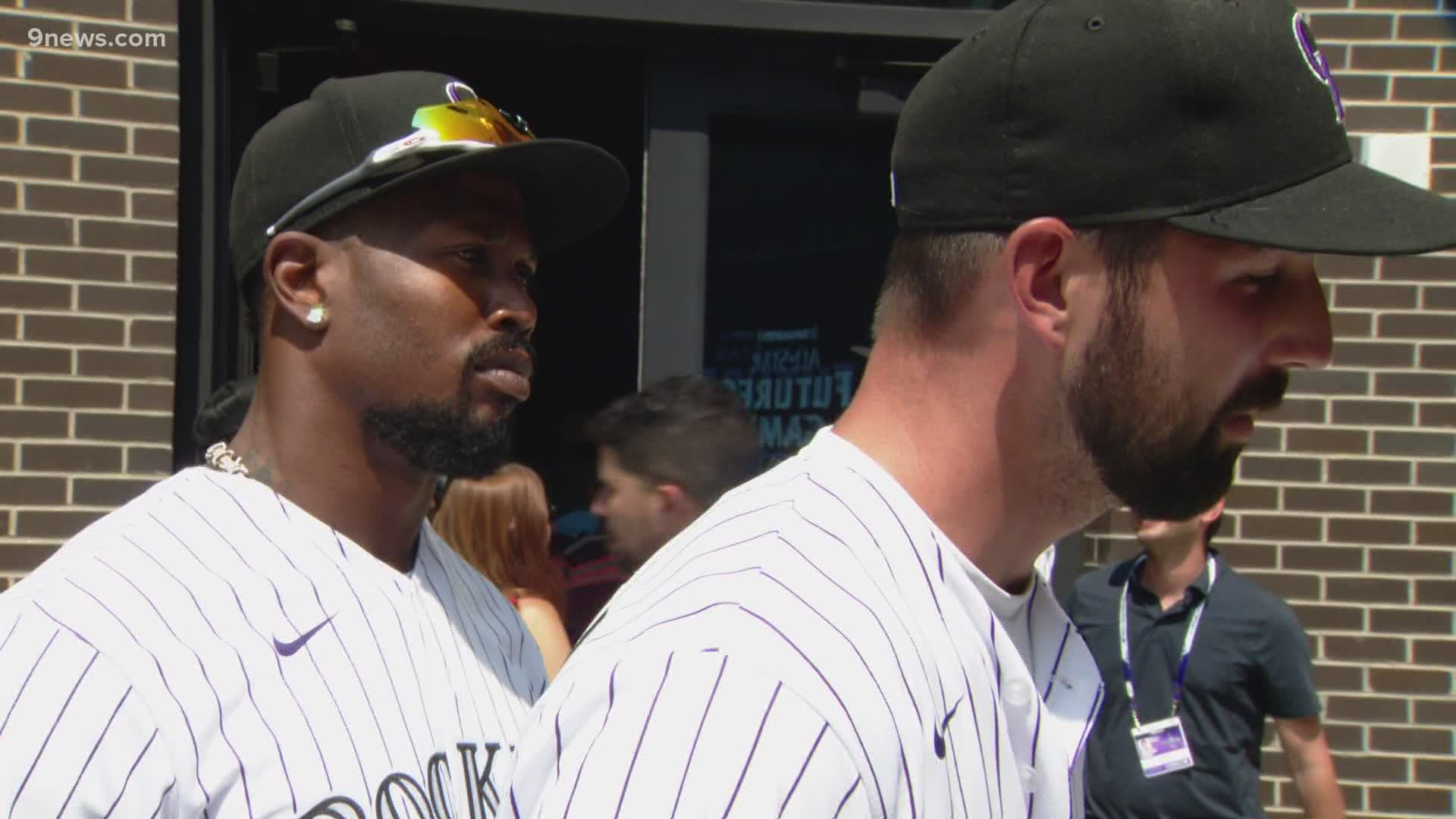 DENVER — Baseball, and its softball offshoot, is still very good to Vinny Castilla.

The former Rockies third baseman managed the National League team to a decisive, 8-3, win over the American League in the All Star Futures Game on Sunday afternoon at Coors Field. Then in the All Star Celebrity Softball Game nightcap, Castilla blasted a three-run home deep over the makeshift fence in left to send Team Todd Helton to an easy, 20-10 win over Team Jenny Finch.

Castilla hit 320 homers in his 16-year, big-league career, 239 of which came in his 9 seasons with the Rockies. So he was way overqualified to play in a softball game with a bunch of celebrities, most of whom played as if they hadn’t swung a bat or put on a glove since early childhood.

As a manager, Castilla is relatively underqualified although he’s getting there. He managed the Mexican National Team to two wins in the World Baseball Classic in 2009 and led the Hermosillo Naranjeros to a 38-27 record and the playoffs in the Mexican Pacific League in 2019.

"I like managing," Castilla said from the Rockies’ and National League dugout prior to the Futures Game in which his team built an 8-0 lead entering the 7th and final inning.

Would he like to manage in the big leagues, some day?

Castilla was asked which of the minor-league prospects stood out.

"Oh everyone, man," he said. "All these guys are lights out. I’m looking forward to seeing them."

Placekicker Brandon McManus joined Von Miller as Broncos’ representatives in the Celebrity Softball Game. They were on the victorious Team Helton side.

"My marketing people have been working on it for a couple months now once Denver got the opportunity," McManus told 9NEWS prior to the exhibition. "I grew up watching this game. I knew I wasn’t going to be the first choice for everybody but two weeks ago they let me know I’d be in the game. Get to have some fun playing with Von out here as well."

In his first at-bat, McManus lifted a pop up that was too hot for the pitcher to handle and it fell to load the bases. He had previously demonstrated home run power in a charity HR Derby at Coors Field.

McManus and Miller are the only holdovers from the Broncos' Super Bowl 50 team that capped the 2015 season. The team hasn't been the playoffs in the 5 years since, but McManus is optimistic the Broncos can end their postseason drought in 2021.

"We have a great defense and we’ve added some additions as well," he said. "We get all our weapons back on offense for the first time in 18 months. Obviously, the goal is to put up more points than the other team and I know we’ve been lackluster the past five years in doing that.

"Our goal this year is going out and scoring as many points as possible -- and not rely on our defense to win games, making sure other teams have to come back. And that way we can rely on our outside linebackers and our corners to make plays."