9NEWS also looks at the third-best, and third-worst draft picks in Broncos history 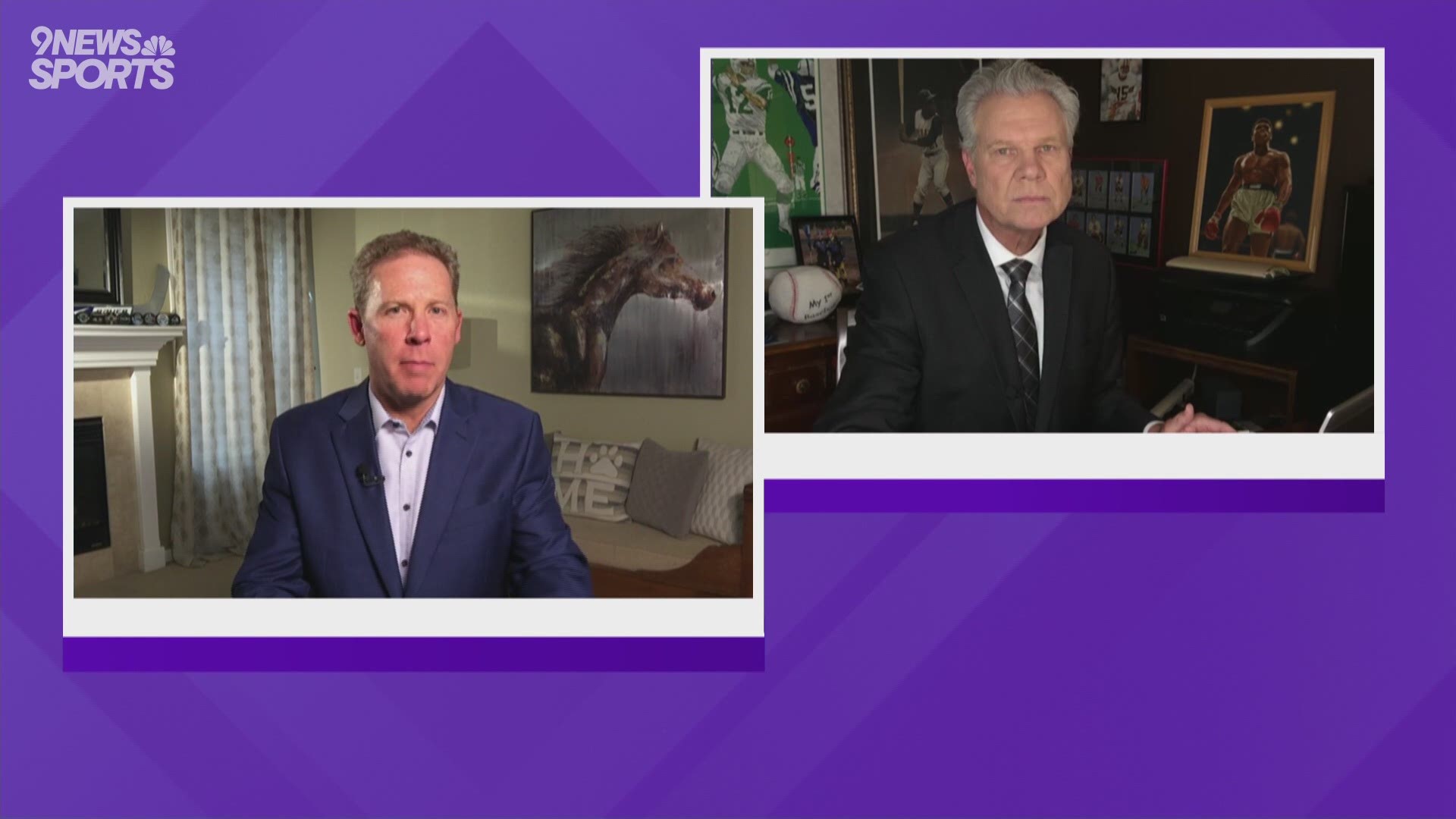 That means all the offseason workout bonus players have been accounted for. Miller is getting $500,000 to participate in the team’s offseason program. It’s part of his $19.03 million overall compensation package he has scheduled to make in 2021, the final year of his six-year, $115.53 million contract that held as a record among NFL defensive players for two years (2016-17).

The NFL players union is discouraging players from showing up to their respective team’s offseason programs, although it is telling players with workout bonuses to show up and collect their money. Broncos player rep Brandon McManus sent a statement two weeks ago saying Denver’s players would not be showing up to the offseason program, in part because of COVID-19 concerns. However, about 20 players on the 62-man roster have been attending, give or take.

Broncos head coach Vic Fangio gave his workout bonus players a one-week grace period. Lock and Risner, along with about 20 other players, showed up for the first week of workouts, anyway, last week. Miller and Glasgow showed up for the start of the second week Monday.

Miller is coming off ankle tendon surgery that forced him to miss the entire 2020 season. He was a Pro Bowler in eight of his nine NFL seasons before the injury and is the Broncos’ record holder with 106.0 career regular-season sacks.

Phase I of the NFL offseason conditioning program consists of weight training, sprints and virtual meetings. It lasts four week through May 14. There can be no coaches or football-related drills during this period.

Phase II is one week (May 17-21) of football drills with coaches.

Phase III is a four-week team practice program of 10 offseason team activities (OTAs) and three mandatory minicamp practices. It runs from May 24 to June 18. After the Broncos finished 5-11 last season, it’s safe to assume team management and the coaching staff would like close to 100 percent in-person participation for the Phase II and III portions.

The Broncos hired China Jude for their newly created position of vice president of diversity, equity and inclusion. Jude has more than 23 years of college administrative and coaching experience, most recently at the University of Wyoming.

In the three days leading up to the draft on Thursday, 9News is looking at the three-worst, and three-best draft picks in Broncos history.

We started Monday with No. 3 on each list. The third worst draft pick? Jarvis Moss. The defensive end from Florida had a sensational national championship game in terrorizing Ohio State quarterback Troy Smith and was the Broncos’ No. 17 overall selection in 2007.

The third best draft pick? Karl Mecklenburg, who was the 310th selection in the 12th round of the 1983 draft – 309 spots after the Baltimore Colts made John Elway the No. 1 overall pick. The draft now tops out at 7 rounds and about 255 picks. Mecklenburg was the second-best Bronco players during the first-half of the Elway era -- the Dan Reeves era when the Broncos went to three Super Bowls, and got whipped in all three. Still, they got there.

“I was the opposite of Ted Gregory,’’ Mecklenburg said for the book “50 Greatest Players in Denver Broncos History,” in reference to the Broncos’ 1988 first round pick who was a good two inches shorter than his listed height of 6-foot-1. “I was taller than they thought I was going to be. They had me at 6-1 -- I hadn’t been 6-1 since eighth grade.’’

We’ll look at the second-worst, and second-best draft picks in Broncos history on Tuesday.