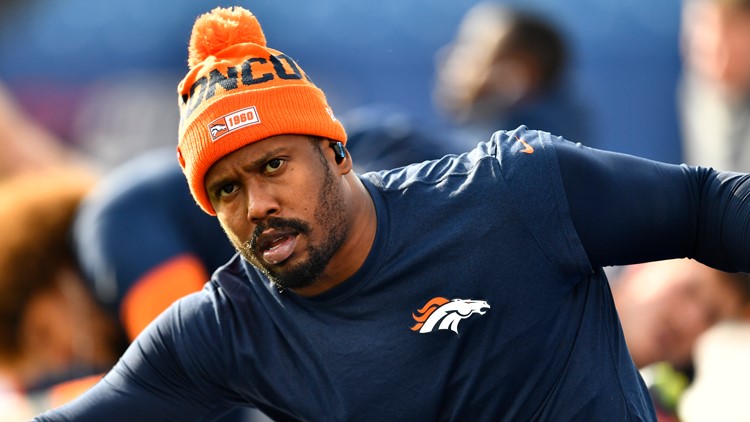 DENVER — After playing in 95 consecutive games (counting four in the postseason in 2014-15), Broncos pass rushing outside linebacker Von Miller didn’t dress Sunday because of knee soreness.

Jeremiah Attaochu, a former Charger, started in his place.

Miller tweaked his knee with about 4 minutes remaining in last week’s 20-3 loss at Buffalo. The injury is not considered structurally serious, although it is sore and he was limping pretty good early in the week.

He practiced Friday, but sources said the knee didn’t feel quite right. Still there was hope he could play. He worked out pregame with Broncos strength and conditioning coach Loren Landow, after which it was decided it would be best if Miller didn’t play.

Had the Broncos been 8-3 and not 3-8, Miller probably would have found a way to get on the field. But even minor injuries have a way of compromising other parts of the body and leading to more serious injuries.

The best long-term decision made by Miller and the team was to take a game off.

Until Sunday, Miller had played in every game since the start of the 2014 season. He suffered a season-ending torn ACL in game 15 of the 2013 season and missed not only the Broncos’ regular-season finale but their postseason run to Super Bowl 48 in New York.