But should a 5-11 team trade away a talented, young, inexpensive QB with a full season of starting experience when it has so many other needs? 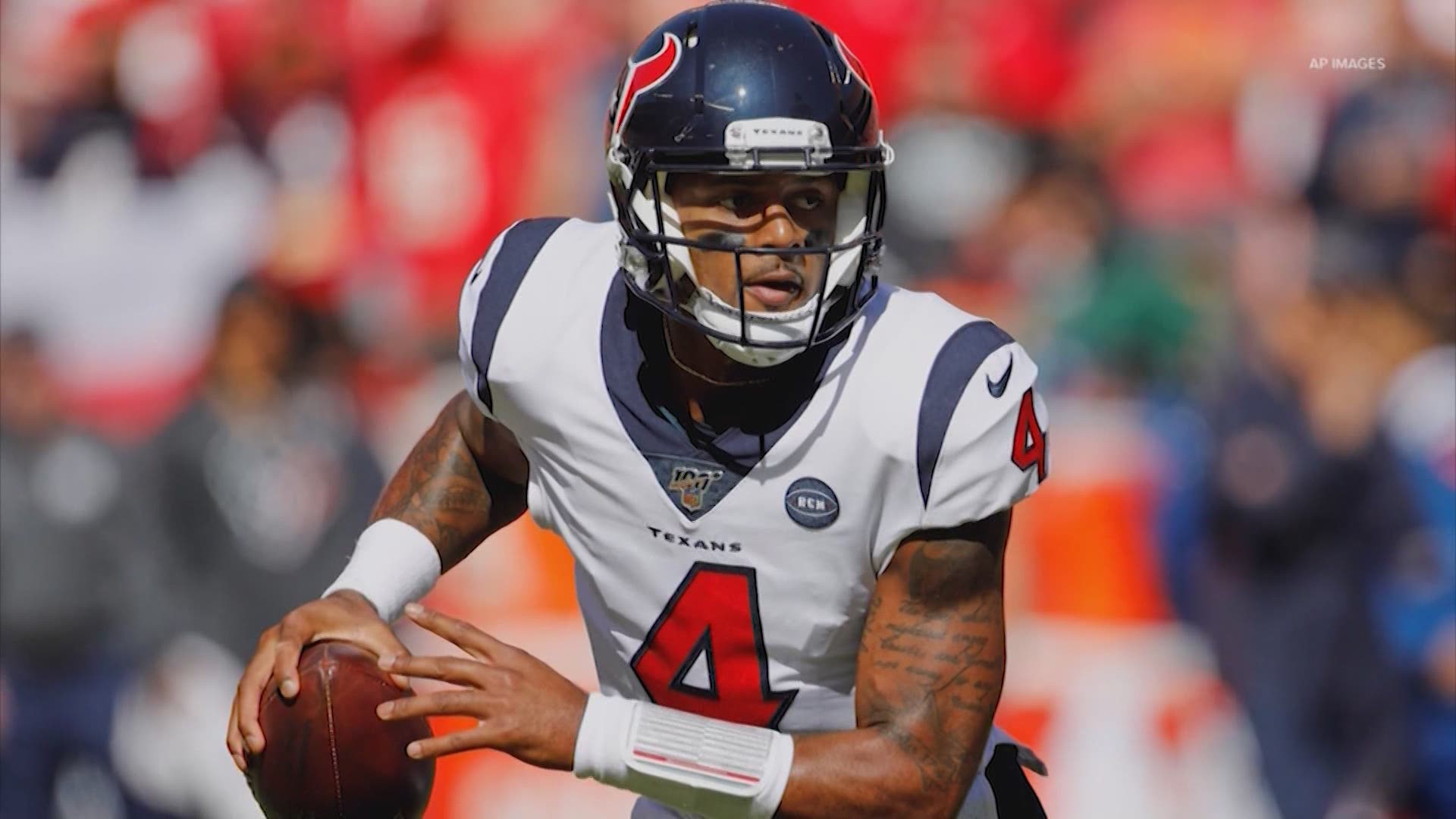 ENGLEWOOD, Colo. — As new Denver Broncos general manager George Paton decides how far to go in his quest to upgrade his quarterback position, he may come to realize he has the top blue-chip active player in which to deal.

The Broncos’ current starting quarterback is still a young, talented mobile passer who now has a full season of development. Yes, his growth was not without pain. See the Broncos 5-11 record and Lock’s 32nd ranking among quarterbacks in the 32-team league. But there were also impressive performances against the playoff-bound Texans last year and the Panthers and Raiders late in this past season.

Hardly anyone knows whether Lock will eventually grow into an elite, consistent winning quarterback. But just about everyone believes he could.

Lock’s upside makes him arguably the top exchange commodity in what may potentially become a robust veteran QB trade market this offseason. With Houston’s Deshaun Watson and Detroit’s Matthew Stafford available, would Paton be willing to include Lock in any of his potential trade proposals?

Before going too far, it’s difficult to believe Watson – who has clearly taken control of his employer arrangement – would choose the Broncos. This is a team that both doesn’t have enough talent, and would have to give up too much to get him. Reading the Watson drama from afar, he would likely say no thanks even if Houston and Denver could work out a deal.

But consider the viewpoint of the Lions, who have already announced they will trade Stafford, their starting QB of the past 12 seasons. If you’re only other QBs are career backup Chase Daniel and David Blough, do you want to work a trade with the Indianapolis Colts, who don’t have a QB to swap after Philip Rivers just retired and veteran backup Jacoby Brissett is about to hit free agency, or the Broncos, who probably have the best young QB in Lock among all the teams who may be in the Stafford market?

The 49ers? It’s hard to believe Stafford would be a good fit for the Kyle Shanahan offense. He moves well within the pocket, but doesn’t roll outside well. Ask 49ers’ returning QB coach Rich Scangarello, who tried to make his West Coast offense work two years ago with Joe Flacco in Denver.

The Carolina Panthers? Lock smoked Teddy Bridgewater in a Broncos’ road win just six weeks ago, throwing for 280 yards and 4 touchdowns without an interception while completing 21 of 27.

The Patriots? John Elway did well to take Lock in the second round of the 2019 draft and leave Jarrett Stidham for Bill Belichick in the fourth round.

The Texans? Sure, Lions new GM Brad Holmes would take Watson in return for Stafford. There just doesn’t seem to be any indication Watson would agree to call Detroit home.

The Cowboys would only be in the Stafford market if they can’t re-sign Dak Prescott. And if Prescott joins backup Andy Dalton in free agency, the Cowboys don’t have a proven QB to include in a trade package.

Jared Goff of the Rams is better than Lock but again, would Stafford fit Sean McVay’s offense? It would make sense for the Rams to go after Watson, not Stafford.

Most of the trade speculation involving Stafford has the Lions asking for a first-round draft pick. But they are not expected to get a first-round pick better than the No. 7 overall selection they already have. At No. 7, the Lions figure to get the third or fourth-best QB in the draft. Would Zach Wilson, Justin Fields or North Dakota State’s Trey Lance be ready to start Game 1 of the 2021 season? No way. Only Trevor Lawrence in this year’s draft class is worthy of an opening-day start.

Of all the teams the Lions can dance with, it’s easy to assume Denver would be among their most preferred partners.

He’s also led the Lions to just four winning records in his 12-year career with back-to-back, 9-7 marks in 2016-17 being his last. And there’s been zero playoff wins in his three attempts. While Stafford’s $20 million and $23 million payouts the next two years makes him affordable as upper echelons QBs go – but still a 20 times greater payout than Lock -- his agent Tom Condon will no doubt seek a financial correction. Condon and Jimmy Sexton are the two lead representatives of the Creative Arts Agency that also represents Lock.

Should Paton do a deal that involves Lock and Stafford and high-round draft picks? On the surface, there is more risk than reward. The Broncos were 5-11 last year and so was Stafford. How much better will the Broncos be with Stafford, and not Lock, not only in 2021, but in 2022 and 2023 when a rebuilding project may be a realistic target for consistent playoff contention?

As for the first-round draft pick, the aging, expensive and injury-plagued Denver defense needs to be rebuilt which means giving up the No. 9 overall draft pick would be damaging to the team’s overall health. There is no way the Broncos would give up Lock and the No. 9 overall pick. Paton does not make that deal. Especially when the Lions lost considerable leverage by announcing to the league Stafford isn’t returning.

If a second-round pick this year and second-round pick in 2022 – as estimable national reporter Peter King has suggested – is not enough for a quarterback who has never won a playoff game, then move on to the next QB. Lock and, say, Mitch Trubisky would be a tantalizing combo as the Broncos try to move from 5-11 to 8-8, and then from 8-8 to 10-6.

Then again for 2021 and nothing but, odds are the Broncos would be better with Stafford than Lock. Head coach Vic Fangio will be 63 when the season begins. Also by the season opener, his top assistants – Ed Donatell, 64; Mike Munchak, 61; Pat Shurmur, 56; and Bill Kollar, 68 – may not have the patience for another up and down season from Lock. Those coaches know there is not tomorrow in the NFL. It’s always about today.

Paton, though, appears to be a man of discipline. He has been extremely thorough in going through the Broncos’ roster with his coaches this week, first the offensive players and then the defensive players. He has a six-year contract and given the fixer upper he moved into – the Broncos have averaged less than 6 wins a year the past four seasons – a quick fix may eventually lead to greater repair.

The worst-case scenario in a trade involving Lock and Stafford would be Lock emerging into a top 12 quarterback by 2023 at about the time Stafford begins to break down, as can happen to quarterbacks who are about to turn 33 and have been battered the past 12 seasons. Even if such a scenario is not likely – it requires a leap of faith to believe Lock will eventually become a top 12 QB – Paton doesn’t seem like a guy who worked 24 years as a personnel assistant to take on such risk with his first big move as GM.

RELATED: One and only Aqib Talib speaks No Fly Zone greatness, reason for Broncos playoff slump