Yes, the Denver Broncos will play the 2018 season in a stadium that actually has a name. 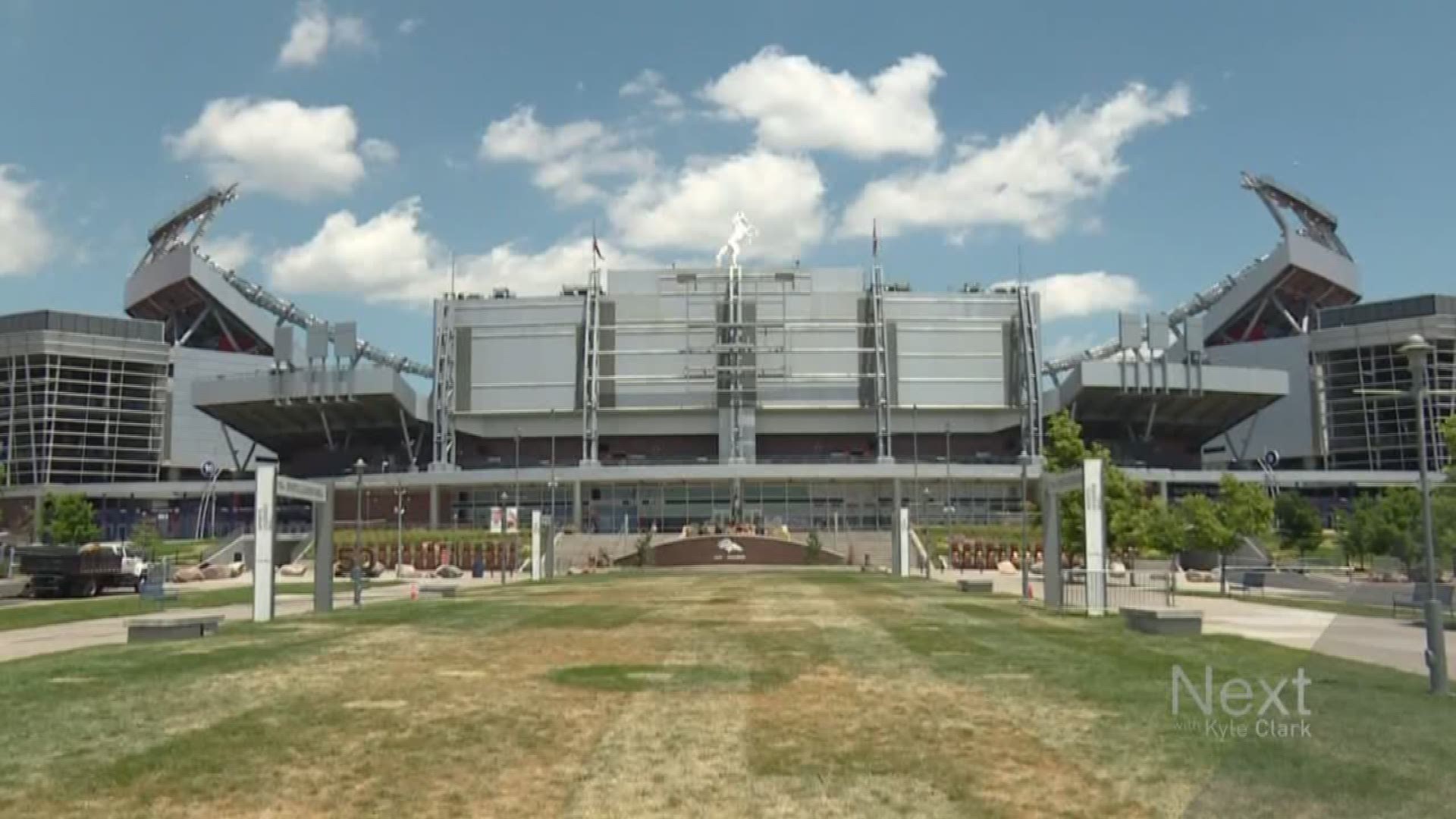 DENVER - The Denver Broncos will play the 2018 season in a stadium that actually has a name.

PHOTOS: The Sports Authority sign at Mile High is coming down

1 / 23
The sign is coming down! Crews are dismantling the Sports Authority signage outside Mile High.

The team on Wednesday morning presented the temporary name to the Metropolitan Football Stadium District board. The board manages the stadium on behalf of taxpayers in Adams, Arapahoe, Boulder, Broomfield, Denver, Douglas and Jefferson counties.

"We don't want to start the football season with the old Sports Authority name associated with the Broncos and with the stadium," Stadium General Manager Jay Roberts said during Wednesday's meeting. "We're having very productive conversations with various different groups out there. We're very optimistic that we're going to have a new partner, but we aren't that's certain that that's going to happen before this football season."

The board members unanimously approved the temporary name, with an expectation that the Broncos will come to them later this year with a permanent name.

"I would be surprised if we don't have something in front of us during this season," said Ray Baker, the Metropolitan Stadium District Board president.

During the discussion prior to the vote, none of the board members made a reference to "Mile High Stadium," the desired name of many native Broncos fans who used to watch the team at the original Mile High Stadium before the new one opened in 2001.

"We probably have another million people in the city or the metro area; it's probably softened a bit," Baker said about the outcry for the name "Mile High Stadium." "But, I still believe there's a long-term need for the Mile High name and the Broncos appreciate that."

The Broncos will install a new "Broncos Stadium at Mile High" sign on the south side of the stadium. The space for a stadium name on the other three sides will be filled with the Broncos logo.

"We won't be putting up a ton of 'Broncos Stadium,' it's going to be fairly minimal," said Roberts.

The money from naming rights goes to repairs and renovations at the stadium.

The Broncos bought the naming rights in 2016 after Sports Authority went into bankruptcy.

At the time, the contract had a remaining price tag of $19.9 million.

That deal still has three years left on it, with a little more than $12 million still owed.

The stadium district board allowed the Broncos to pay in quarterly installments instead of once a year like Sports Authority was required.

Last year, the Broncos estimated it would cost $500 million over the 30 years to keep the stadium repaired and relevant.

Stadium district board member Joy Burns was the only one with a pointed question about when the Broncos do find a corporate sponsor.

"How are you going to explain that we're changing the name again," asked Burns.

"This is temporary. One of the reasons why it's taken a while is that we're looking for the right partner that we think will be here for a long time with us, and so once we change it, we'll be in good shape," said Roberts.

The Broncos will play their first regular season home game at Broncos Stadium at Mile High, when they host the Seattle Seahawks on Sept. 9.