The safety was tagged last year for $11.441 million. Team and Simmons aren't far apart and now have until July 15 to work out a long-term deal. 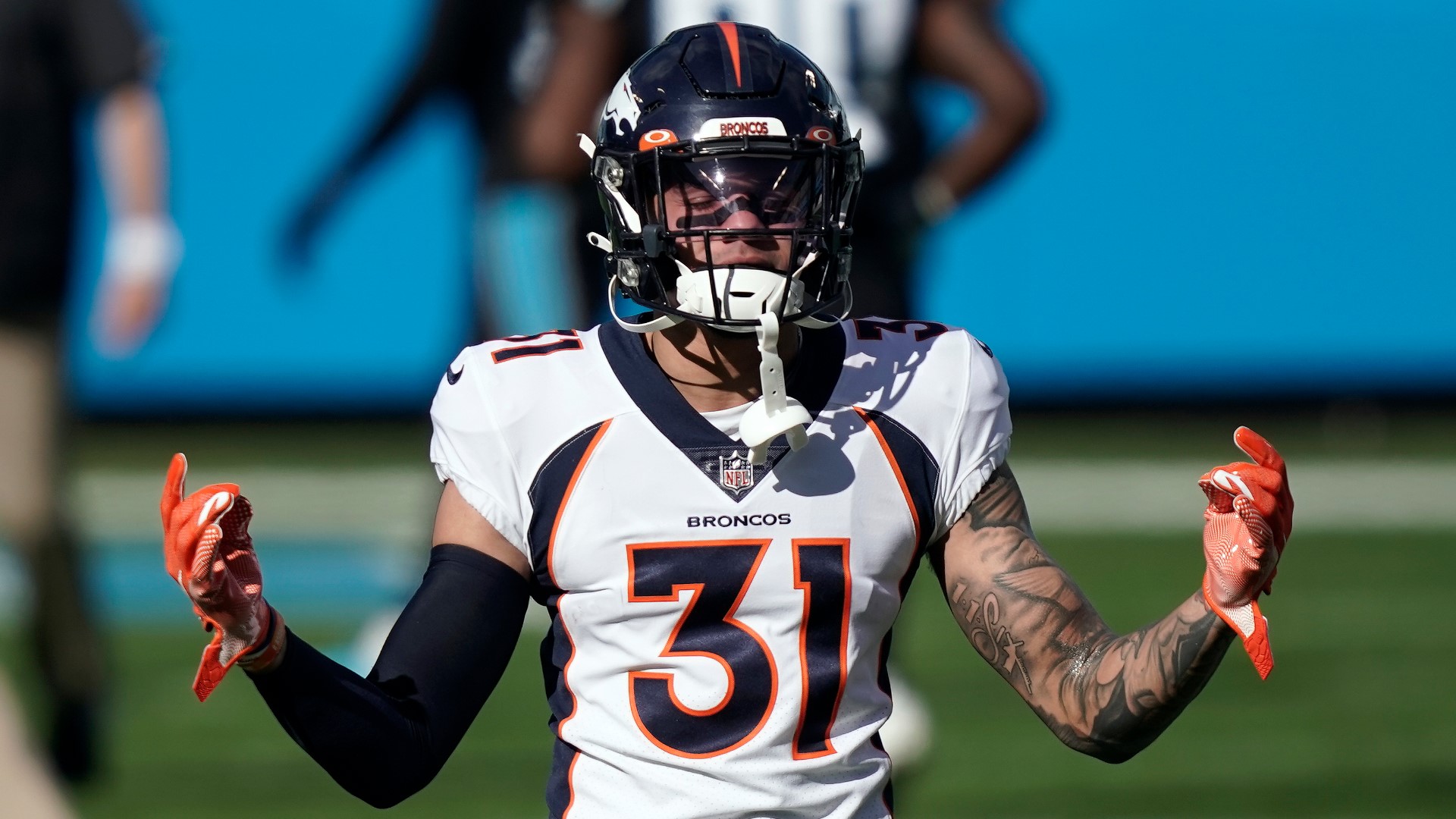 ENGLEWOOD, Colo. — The Denver Broncos took the expected next step in securing Justin Simmons’ return for the 2021 season by placing another franchise tag on the safety Friday.

The tag comes with a guaranteed $13.729 million salary. The Broncos and Simmons’ representatives are not far apart on reaching a multi-year contract agreement, but the tag was placed for two reasons. One, for Simmons’ side, it drastically reduces the chances of getting a third franchise tag later in his career. And secondly, it gives the Broncos and Simmons until July 15 to finalize negotiations on a multi-year extension.

> Above video: Simmons embraces his role as Broncos leader.

Simmons was tagged last season and earned a salary of $11.441 million. A second tag comes at a 20% increase, which is the $13.729 million salary. A third tag would increase his previous salary by 44%, or $19.77 million – a prohibitive price tag considering the NFL’s current highest-paid safety, Arizona’s Budda Baker, is averaging $14.75 million a year.

RELATED: Fangio confident Lock can improve but 'until he proves to be next great quarterback, we're going to bring in competition'

Simmons’ agent asked for the position’s highest-paid average salary a year ago, according to sources, and it wouldn’t be a surprise if he did so again. The Broncos would prefer to have Simmons’ contract worked out by March 17 so they can save cost and cap certainty by the start of free agency.

Simmons gambled on himself last season by playing on the one-year tag and he responded by coming up with a career- high five interceptions that earned him his first Pro Bowl nod.

"We are completely focused on making sure Justin remains a big part of the Denver Broncos for many years to come.”