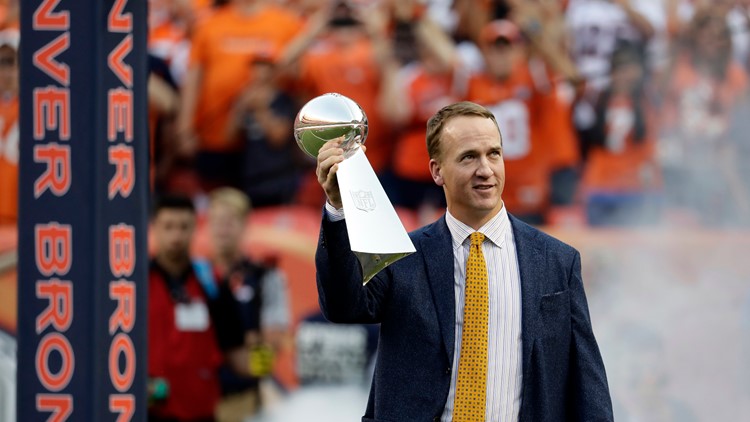 Pat Bowlen and a Tale of Two very different Quarterbacks

One quarterback was among the best of all time, a No. 1 overall draft pick, two-time Super Bowl champion and a certain first-ballot Hall of Famer.

The other quarterback was undrafted, spent two years on the practice squad and never made it on the active roster.

But they were both Broncos and for that Pat Bowlen loved them both. And the feeling was mutual. Both quarterbacks delivered heartfelt tributes Saturday to the Broncos’ owner who died late Thursday night following a lengthy battle with Alzheimer’s.

First, there was Pat Hegarty. Despite a stellar career at UTEP, Hegarty was undrafted when he signed with the Broncos in 1989. He spent two seasons with Denver on what was then known as the development squad (now called the practice squad).

And yet, Bowlen once paid Hegarty special attention when the quarterback needed it most. Hegarty sent along this note through his agent Paul Sheehy:

"In 1990, after my brother died, I was an undrafted free agent for the Broncos, a third stringer, a nobody. At a party for Elway’s golf tourney, stars and celebs were everywhere. Mr. Bowlen left all the celebs and sat me down at a table far from the others. He talked to me about loss and death and life. He told me to come to him if I ever needed anything. That’s what class is. RIP, Pat Bowlen."

Secondly, there was Peyton Manning. Before he joined the Broncos in 2012, he had a Hall of Fame-caliber 11-year stint with the Indianapolis Colts. After missing an entire season with a neck injury that threatened to end his playing days, Manning became reborn with the Broncos where he enjoyed spectacular four-year run that culminated with a Super Bowl 50 victory.

"My deepest sympathies go out to the entire Bowlen family. I met Mr. Bowlen for the first time when I played for the Indianapolis Colts and I was over in Hawaii at the Pro Bowl when he was also there at his Hawaiian home. I saw him several times throughout the years and had short, brief conversations with him that I really enjoyed.

"Coming to play here for Denver, even though his health was declining, I did enjoy a couple of conversations with Mr. Bowlen. In my first year in 2012, I was here a lot in the offseason. As soon as I signed with the Broncos, I was basically living at the facility -- studying film, rehabbing and working out. I was usually one of the last to leave the facility during that time. I say, ‘I thought I was the last to leave,’ but Mr. Bowlen was still there. He’d usually be in the training room on the elliptical, and I would go in there and have conversations with him. He was asking me if we found a place to live yet, and I remember once I told him we found a place to live, he told me he used to live right near there, and we talked a little about that. Just short, brief conversations, and I enjoyed that time with him.

"It was an honor to play for Mr. Bowlen’s organization, as I’ve said numerous times. I always had great respect for the Denver Broncos during my time playing for the Colts competing against his organization. So much of that credit goes to Pat Bowlen and his desire to be the best and to win. That had a lot to do with me signing with the Denver Broncos  -- that I knew Mr. Bowlen was all about winning and I knew the people that he had hired would carry on that tradition and legacy.

"It was a great decision to come play here -- We still live here today. I’m grateful for Mr. Bowlen and the legacy that he’s established with the Broncos, in the NFL and certainly in this Denver community. He will be missed by many. It was an honor to know Mr. Bowlen and a real pleasure to have played for his team, the Denver Broncos."

That was the beauty of Pat Bowlen: He identified with the stars – and the third stringers, alike.