Paton speaks on history with Bridgewater, all things Broncos 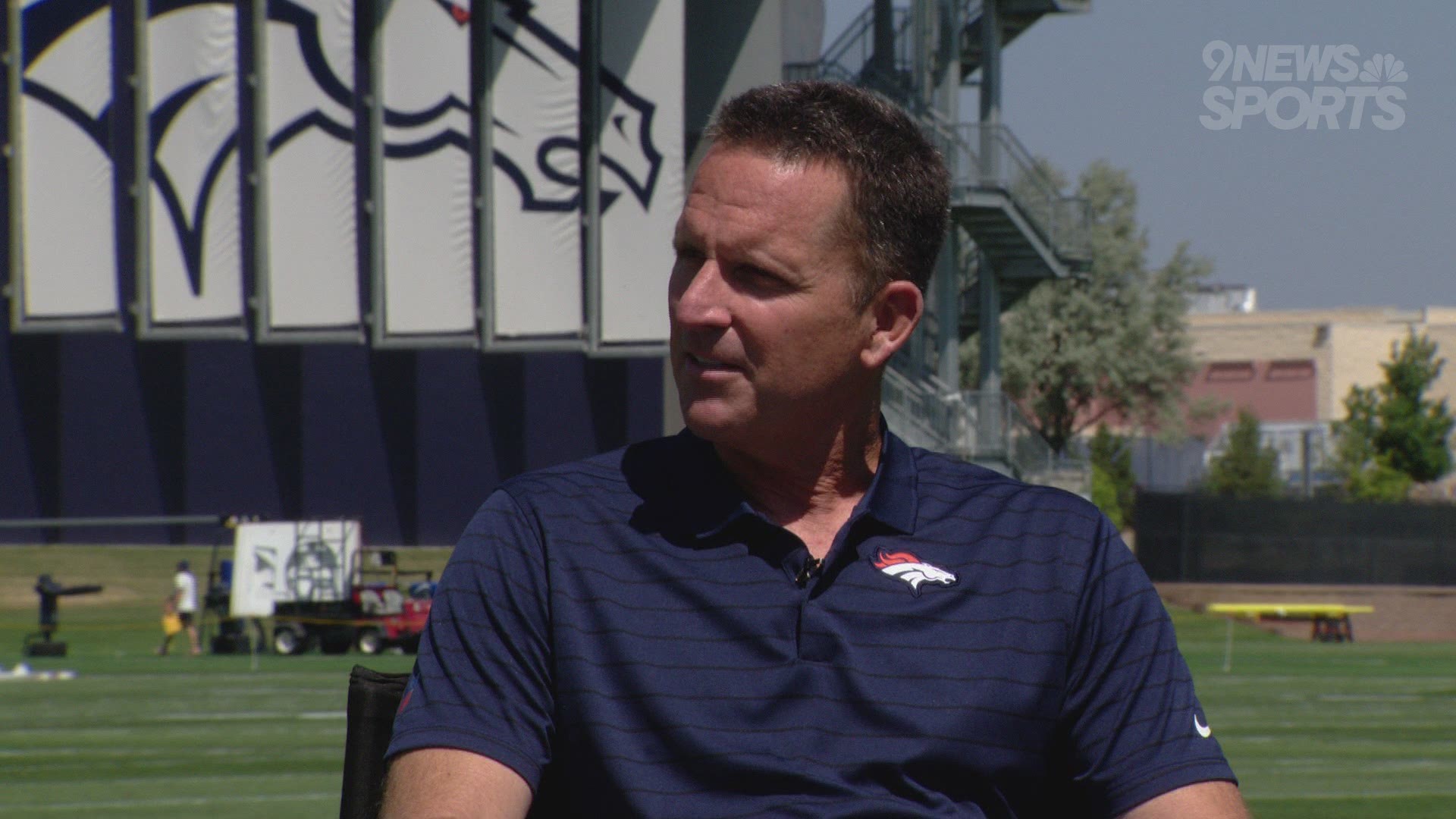 DENVER — George Paton and Teddy Bridgewater go way back, way back to the quarterback’s professional beginning.

Paton, the Broncos’ first-year general manager, flirted with other QBs during the offseason. He made a trade proposal for Matthew Stafford. Had Green Bay made Aaron Rodgers available, Paton was ready to pounce. The Packers never did. Sam Darnold was under brief consideration, but not for the cost in return.

There is something about Teddy that’s easy to trust. Paton was Minnesota’s assistant GM in 2014 when the Vikings traded back into the first round to select Bridgewater out of Louisville with the No. 32 overall selection. Bridgewater brought the most value to the Broncos, Paton felt, although he may have been biased in fairness to the other quarterbacks.

“Teddy’s a winner,’’ Paton said on the 9NEWS pregame show Saturday evening. “He’s won everywhere he’s been. Obviously, Carolina was a tough spot for him. He’s a winner; he’s poised, he has quite the confidence about him. We have a young offense. I just thought Teddy would fit with this young offense, help stabilize it, and take it to the next level.”

Paton and Broncos head coach Vic Fangio decided to have a true quarterback competition between Drew Lock, the returning starter, and Bridgewater, who had 50 career starts with three other teams. Fangio, with input from Paton and offensive coaches George Paton and Mike Shula, picked Bridgewater.

“It was a great competition,’’ Paton said. “I thought it brought out the best in both quarterbacks. I think this is the best Teddy has played in years, and I think it’s the best Drew ever played. We are fortunate to have two really good quarterbacks, and with Teddy as our starter, I’m really excited.”

Other topics Paton addressed during the 9NEWS pregame show to the Broncos’ 17-12 preseason victory against the Los Angeles Rams:

How did Lock handle the decision to go not with him as starting QB, but Bridgewater: “I spoke with Drew right after we told him and he handled it like a pro, like he’s been in the league for 10 years. Drew has a bright future. Really talented as you guys know. He’s becoming a better pro. He’s seeing the field better. We’re excited about Drew.”

Keeping four elite corners, when three are veterans, one is first-round draft pick Pat Surtain II. This year, the Broncos have guaranteed $10 million to Ronald Darby, $9 million of a $9.5 million one-year deal to Kyle Fuller, $13.27 million to Surtain, and $0 of $7.12 million to Bryce Callahan.

Callahan would seem vulnerable, especially as he’s to draw a $382,353 bonus if he’s on the week 1 roster and $7 million-plus is a tad rich for a nickel corner with a long injury history. But Callahan is also outstanding when he is healthy, and Paton indicated he’d rather have one too many than not enough.

One NFL source said the Broncos are not actively shopping any of their top cornerbacks, but they’re willing to listen if cornerback-needy teams are interested. Paton has said teams are calling about their cornerback depth.

If they keep Callahan, the Broncos would be paying a whopping $40.4 million to their top four cornerbacks this year. With safeties Justin Simmons ($17 million) and Kareem Jackson ($5 million) drawing a combined $22 million, the Broncos would easily have the NFL’s highest secondary payroll.

Blame or credit would go to Patrick Mahomes and the QB-loaded AFC West Division.

1 / 21
AP
Alabama cornerback Patrick Surtain II, right, holds a team jersey with NFL Commissioner Roger Goodell after he was chosen by the Denver Broncos with the ninth pick in the NFL football draft, Thursday, April 29, 2021, in Cleveland. (AP Photo/Tony Dejak)

Surtain, who Paton took with the No. 9 overall draft pick and has drawn rave reviews from the team’s veteran players: “He’s a special player. He comes from a special family, a special college program, high school program. The pedigree is there. You guys see it every day, we see it every day. He’s a pro on and off the field. And we’re just so excited to have him as part of the Broncos family.”

How many of the Broncos’ 53 roster spots were unknown entering the preseason game Saturday night against the Rams: “We have a handful of positions that are up for grabs, and really it’s going to come down to special teams. It’s a big emphasis for us, special teams. Obviously, we weren’t good enough last year. We need to be better this year. You’re fourth, fifth linebacker; you’re fifth, sixth receiver; those are going to come down to special teams at the end of the day.”

Special teams had some tough moments again, Saturday. The best play was made by Saivion Smith, a cornerback who made a big tackle on a kickoff return.

Most teams don’t like to carry three quarterbacks on their 53-man roster. Broncos’ No. 3 quarterback Brett Rypien made it through final-cutdown waivers his first two years. Not sure he makes it through a third year as he beat the Jets in a Thursday night start last year and could be considered a No. 2 QB upgrade for several other teams.

Credit: AP
Denver Broncos quarterbacks Drew Lock (3) and Brett Rypien (4) stand with tight end Austin Fort (89) and center Lloyd Cushenberry (79) as they come out of the tunnel for warmups before an NFL preseason football game against the Seattle Seahawks, Saturday, Aug. 21, 2021, in Seattle. (AP Photo/Jason Redmond)

“We’re working through that with all our positions, who were going to keep,’’ Paton said. “Over the next couple days, we’ll visit with the coaches, our scouts and determine: How many receivers? How many tight ends? How many quarterbacks? We have a long way to go through that process. We do like Ryp a lot, so we have some tough calls.”

The buzz about the team. Broncos Country seems to be more excited about the team than in three or four years. The Broncos went 3-0 in the preseason by a combined score of 80-21 with the defense allowing zero touchdowns. Then again, none of the Broncos’ three opponents – Minnesota, Seattle and the L.A. Rams – played their starters.