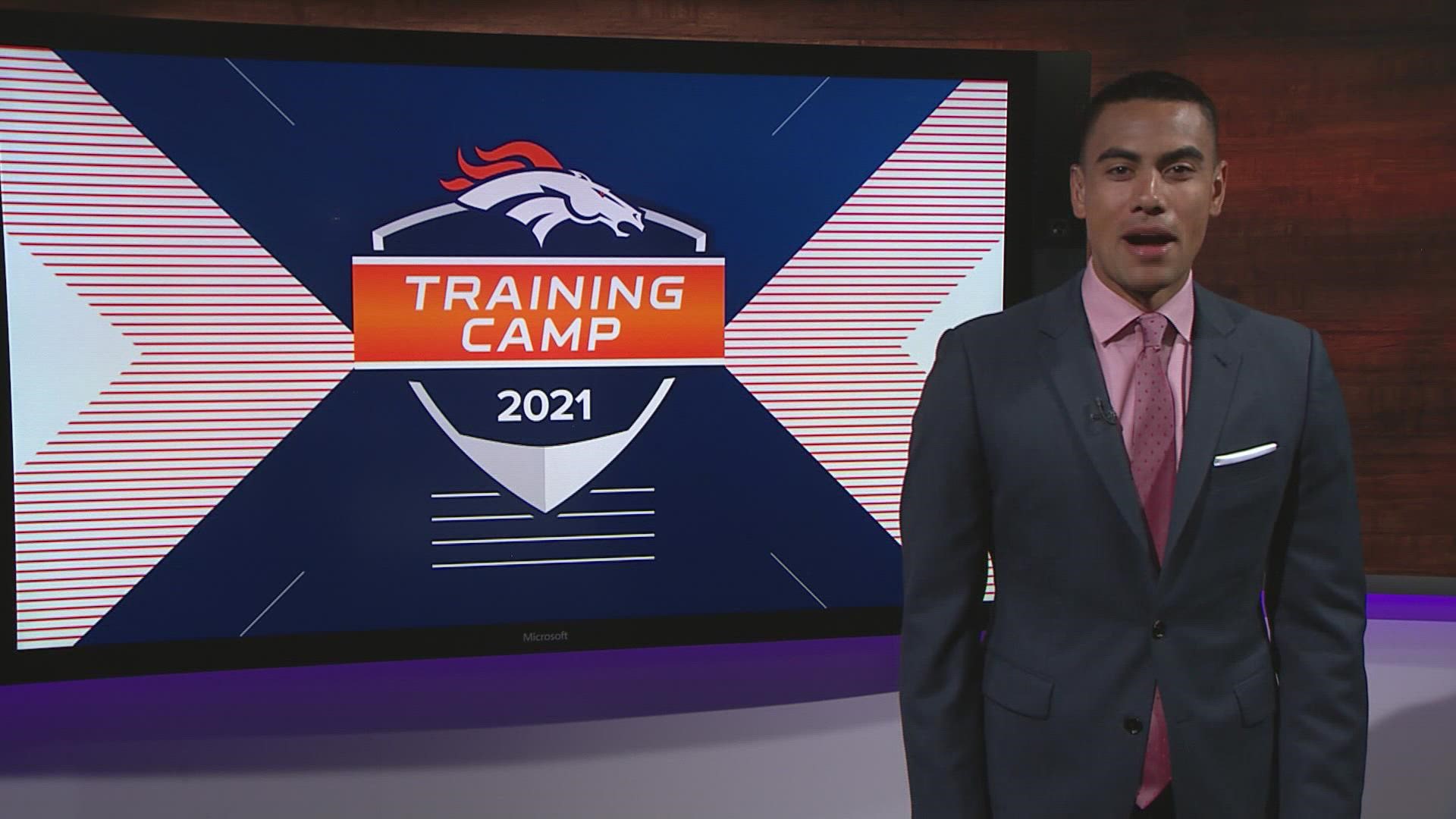 ENGLEWOOD, Colo. — The protracted decision on who will become the Broncos’ starting quarterback hasn’t quite reached the chaotic “Animal House” scene of Kevin Bacon futilely urging the scrambling masses to “Remain Calm!”

But Broncos Country is getting antsy. For the love of passing pigskins, Vic Fangio, who is your quarterback, Drew Lock or Teddy Bridgewater?

To their credit, Lock and Bridgewater are not sharing similar ill-feelings of impatience.

“I think when you’ve lived it since the last game of the year last offseason till now it’s just, life at this point,’’ said Lock, the starter through last season and final five games of 2019. “You don’t really recognize it. I just try to go about my business, focus on what I did good today, what I did bad today, and let it be. It’s been a while that this has been going on. It’s kind of, life.’’

Bridgewater is a veteran quarterback who was acquired in a trade in late-April to compete with Lock for the starting job. And what a competition it has been. Fangio has repeatedly referred to his QB battle as having “no separation,” and that it’s “even-steven.”

Does he have all the information he needs to make a decision?

“Honestly, I don’t think about a decision being made,’’ Bridgewater said. “Like I said after the game (last Saturday at Minnesota), if I’m worrying so much about the decision being made then I’m doing a disservice to the team and the 10 other guys that are out there with me. That’s not fair to those guys. Everyone is competing for a spot on the team. Competing to provide for their families. Why would I make the moment about me and take away from those 10 other guys that are out there?”

There have been practices like Wednesday when it’s been difficult to determine which quarterback was better. Lock only completed 4 of 11 passes (he had two drops) while Bridgewater was 6 of 9. But Bridgewater also had an interception and took a couple sacks while Lock was turnover and sack free. Who would you choose?

Overall, 9NEWS has the competition deadlocked at 8 to 8 (7-7 with two ties) heading into Seattle.

Thing is, it might not be about the game against the Seahawks. Fangio has said the practices are part of the total decision. For Lock, that has meant getting better at practice. He is not a paint-by-numbers quarterback. And practice is often a scripted exercise.

“It was a learning process,’’ Lock said. “Games, it sounds funny but in a sense games are easier because you get to run around and make a play if something falls apart. Practice is learning if it does fall apart, where do I need to get the ball? What do I need to do with it, how do I find completions throughout practice to keep us rolling?

“It was a learning process, especially my rookie year. I got to watch Joe (Flacco) a little bit and he was really good at it. I feel I came a distance in the whole learning-how-to-practice in the NFL.”

RELATED: Bronco notes: Lock wins the day but Seattle could be key to QB battle

RELATED: Bowlen daughters open up about having two parents with Alzheimer's