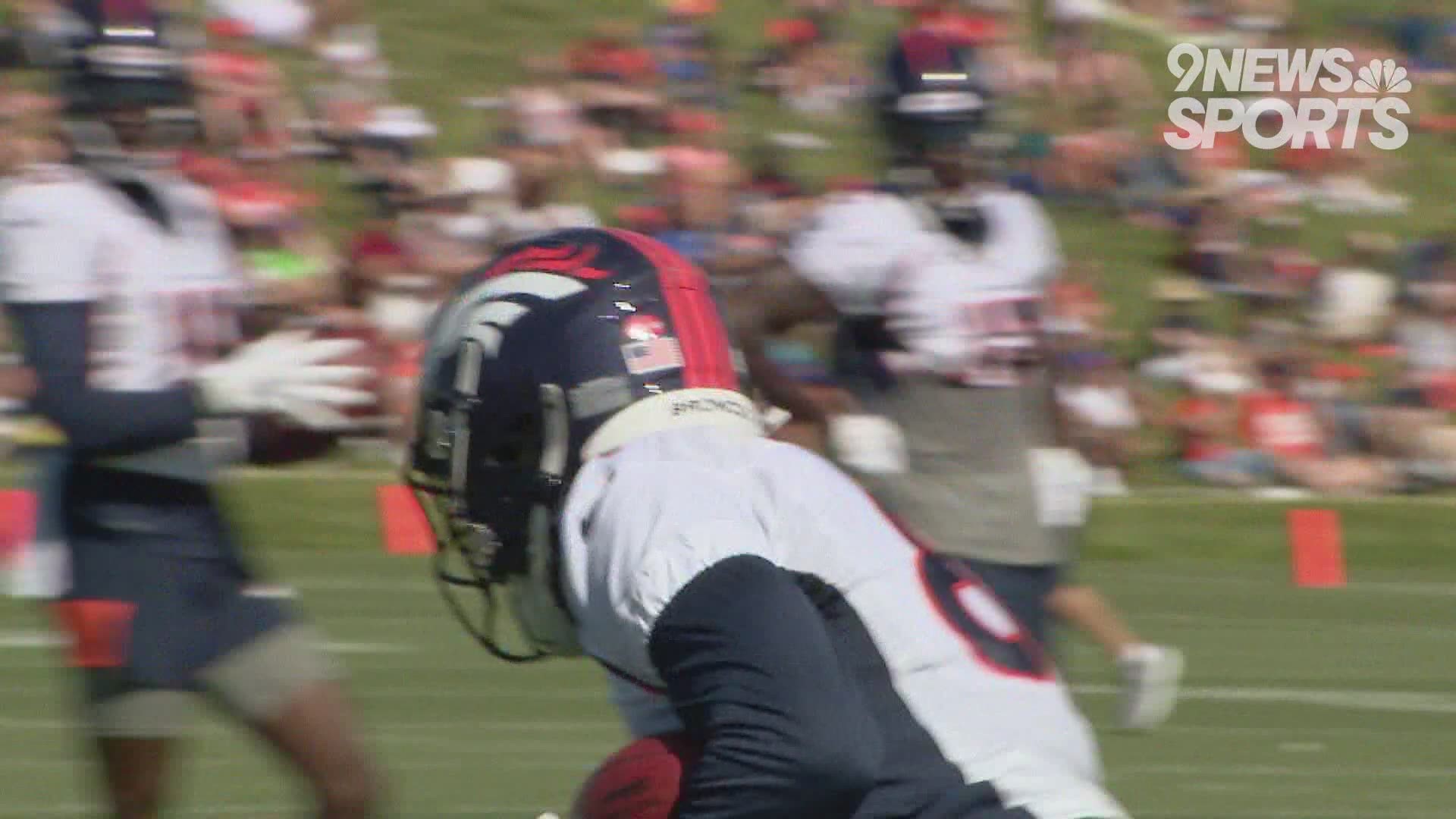 ENGLEWOOD, Colo. — It was about this time last year that Tim Patrick was getting notice as a potential, late-blooming sleeper to make the Broncos’ 53-man roster.

This year, Patrick is a “sleeper having the most yards,’’ he said, finishing the 9News interviewer’s question. “Got to keep switching it up. I showed last year that I was ready to play, that I could play in this league.

“And now building on this year, my goals have changed. Not just making the team. It’s yards, touchdowns, wins, playoffs, Super Bowls, all that.

“Every year you have to elevate yourself. If you stay the same you see all the rookies out here this year, they’re coming to take your spot.’’

Patrick not only made the 53-man roster last year, he made all 16, 46-man rosters on game day. He was mostly a special teamer until the final four games when he replaced the injured Emmanuel Sanders and had 19 catches for a team-best 242 yards in that period.

This week, Patrick has been lining up with the No. 1 offense as the wide receiver opposite Sanders, although head coach Vic Fangio said Courtland Sutton is still the starter – Sutton is getting some reps off.

“Me and Courtland are definitely big bodies out there so we’re banging a lot,’’ Patrick said. “So it’s good to switch it up every now and then to make sure we stay fresh.’’

Fangio looks at Patrick’s 6-foot-4, 222-pound frame and the type of speed that explains why he wasn’t drafted out of Utah two years ago and says good hands are a must.

A year ago, Patrick was coming off a season in which he was cut by Baltimore and San Francisco and spent a couple months on the Broncos’ practice squad.

RELATED: In return to field, Sanders overcomes not just Achilles injury, but 'tightrope' surgery to other ankle

This year, Patrick is coming off a full NFL season as an active player, the final quarter of which gave him confidence he can compile weekly pass-catching stats as a regular-playing receiver.

“I always had the confidence,’’ he said. “But having it and actually doing it out there on the field made me that much more confident.’’