The program is not only designed to protect law enforcement, but also improve relations by having the players and 125 first responders meet and talk regularly going forward. 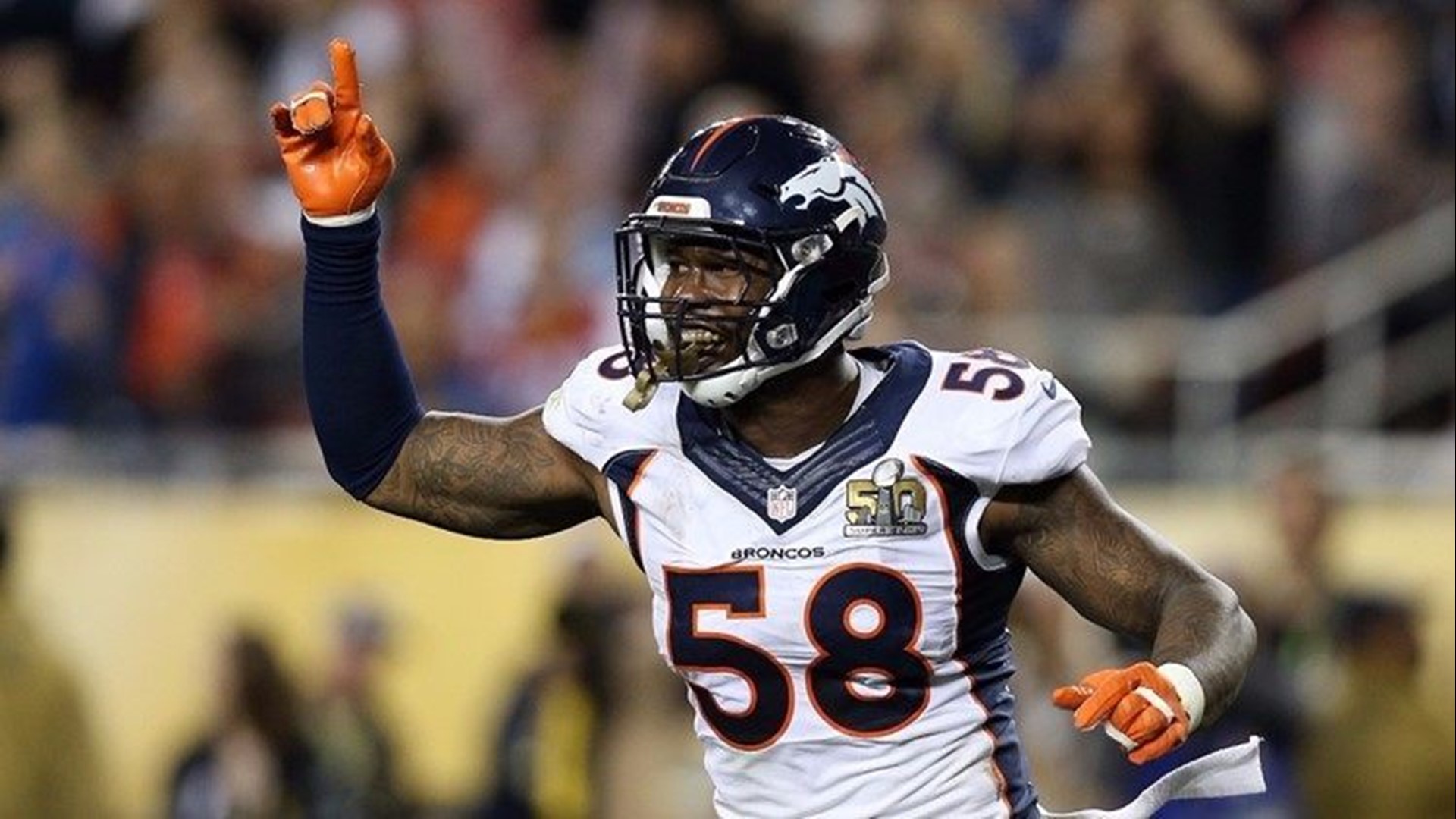 Denver Broncos linebacker Von Miller and his teammates donated $200,000 to a local nonprofit aimed at saving first responder lives and improving the community-law enforcement relationship, according to a release from the organization.

Miller gave the money to SHIELD616, a nonprofit based in Colorado Springs. The money is for 125 "advanced protective kits" made for police and firefighters who are responding to active or mass shooting situations.

The kits include a ballistic vest, helmet and a wound trauma kit, all of which is meant to better the first responders' standard issue gear. The point is to protect against assault-style and automatic weapons.

On top of the kits, the Broncos said they will maintain "a connection with the selected first responders and their families" through various outlets, including roundtable discussions, volunteer opportunities and other ways.

The 125 first responders are to be selected from both urban and rural departments.

The Broncos will give out the protective kits on Dec. 20 after practice at the UCHealth Training Center.

According to the release, Miller championed the cause and presented his ideas to his teammates and team staffers, many of whom decided to make donations. Others who donated include John Elway, the team's President of Football Operations and General Manager, Joe Ellis, team president and CEO and head coach Vance Joseph.

Each donor to SHIELD616 is getting the name and contact information for a first responder they are protecting so they might keep in conversation, according to the organization.

To learn more about SHIELD616, head to this link.