Sanders: "Anytime you break up, or you leave a place, it's tough. We had a great run in Denver, had a lot of great times. but all good things come to an end." 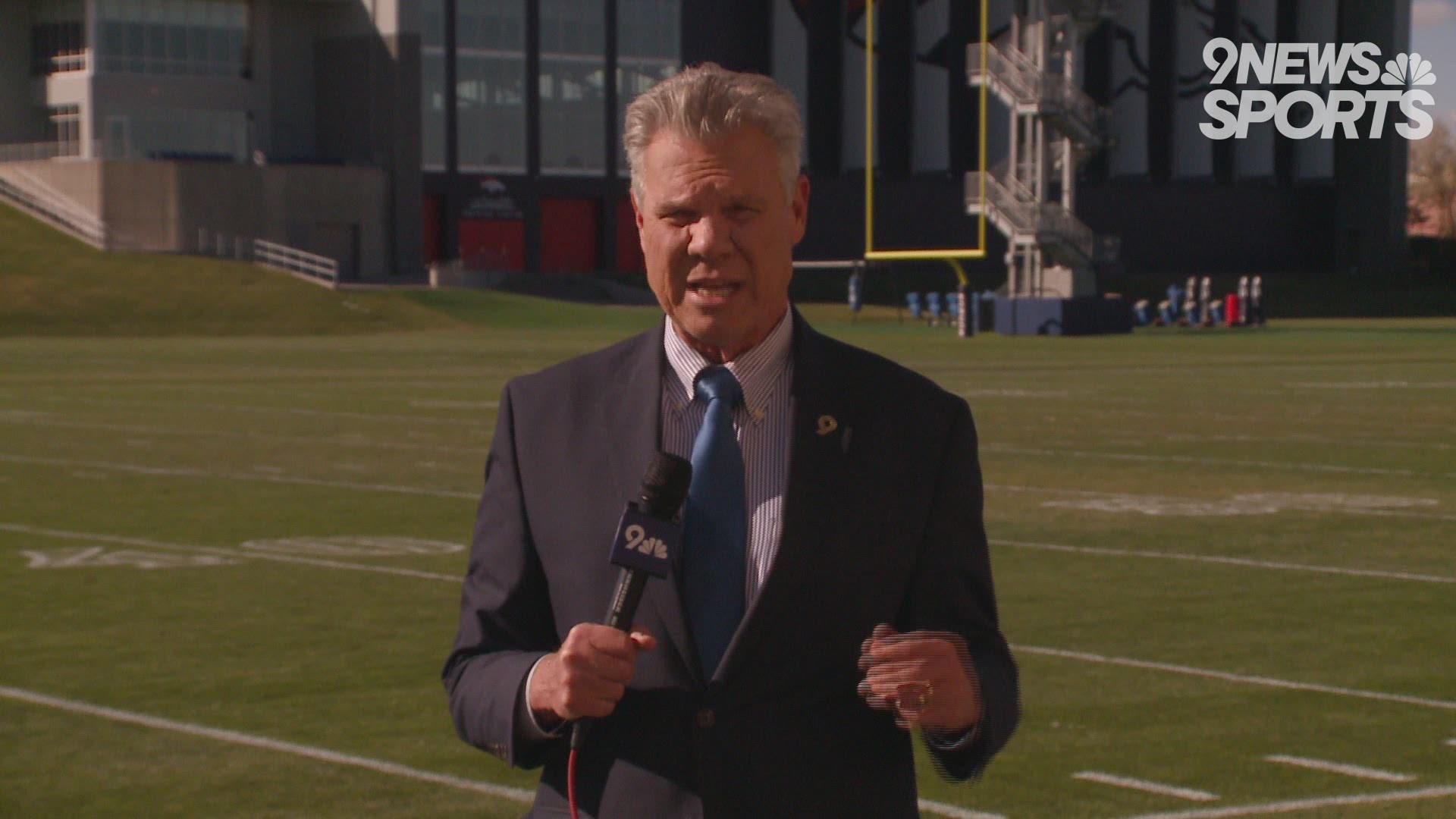 ENGLEWOOD, Colo. — On his first day as a Bronco, Emmanuel Sanders said getting a chance to play with the Broncos and quarterback Peyton Manning "is like wide receiver heaven."

Some 5 1/2 years later, Sanders was unhappy with his diminishing role and asking John Elway for a trade. The Broncos' offense had turned to hell pretty much since Manning retired after the team's Super Bowl 50 season of 2015.

Elway complied, trading Sanders and a fifth-round selection in the 2020 draft to the San Francisco 49ers in exchange for third- and fourth-round picks in 2020. 9News was the first to report of the trade and its terms.

"Obviously, it's hard,'' Sanders said to Denver reporters as he was about to drive away from the Broncos' players' parking lot. "Anytime you break up, or you leave a place it's tough. We definitely had a great run out here in Denver, had a lot of great times. but all good things come to an end.

"I'm looking forward to getting out to San Fran, showcasing my talent, meet the guys. Hopefully add my explosiveness and my capabilities in their system and try to win."

Sanders met with coach Vic Fangio last Monday and GM Elway on Tuesday and let them know he wanted to be traded. Considering Sanders' stated position, Elway got substantial value in return. 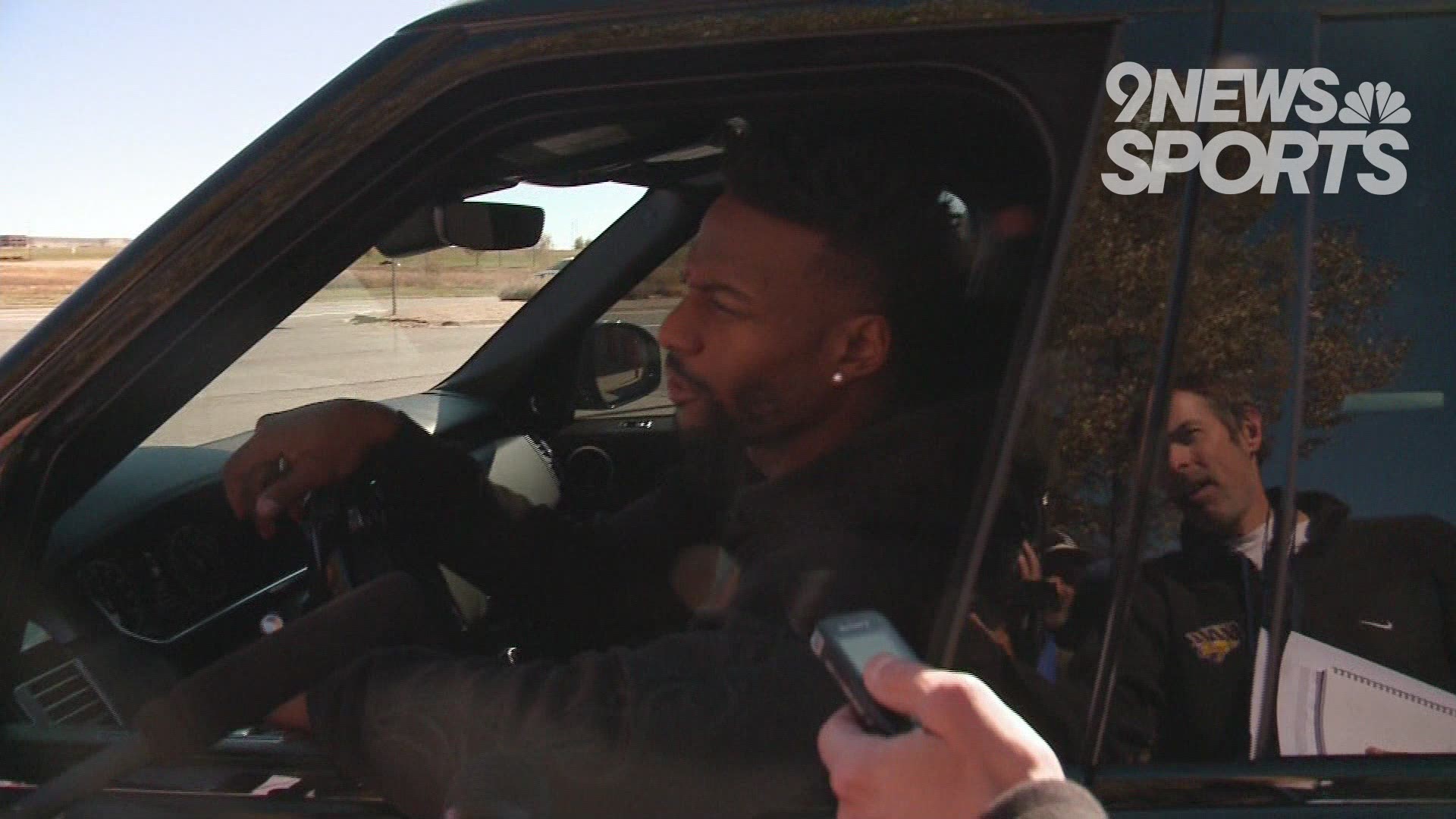 Elway had vaguely referred to the team's 16-0 win against Tennessee on October 13 as a factor. In that game, Sanders didn't play in the second half because of a knee injury, yet was healthy enough to fully practice two days later and haul in five passes for 60 yards in an otherwise embarrassing, 30-6 loss Thursday to the Kansas City Chiefs.

The Broncos had also been in talks with the New England Patriots about Sanders, a source told 9News. But earlier Tuesday, the Pats acquired Falcons' receiver Mohamed Sanu in exchange for a second-round draft pick. Sanu was considered the top receiver in the trade market because at 30 he's two years than Sanders, less expensive (pro-rated $3.8 million to Sanders' $10.25 million) and has one more year left on his contract while Sanders is a free agent.

Sanders, though, is the better receiver and the 49ers got him essentially for a high, third-round pick rather than a low second-round pick.

After four years with the Steelers, Sanders joined the Broncos in 2014 as a free agent with a three-year, $15 million contract. He had a career-best 101 catches for 1,404 yards and 9 touchdowns in his first season, followed by two more seasons of at least 76 catches and 1,032 yards. Wide receiver heaven, indeed.

Sanders got a three-year, $33 million extension that expires after this season. With the Broncos sitting at 2-5 and Sanders at times frustrated with his lack of targets -- he had three games in which he had less than 10 yards receiving -- the team got good value in return for a player who wasn't coming back next year.

With the 49ers, Sanders joins a team that is not only 6-0, but coach Kyle Shanahan runs the same offense that Broncos' offensive coordinator Rich Scangarello worked under the previous two seasons.

RELATED: With Sanders on block, here are GM John Elway's 9 most notable trades