The team showed confidence in both starters as no left tackle was taken and no inside linebacker was drafted until 5th round. 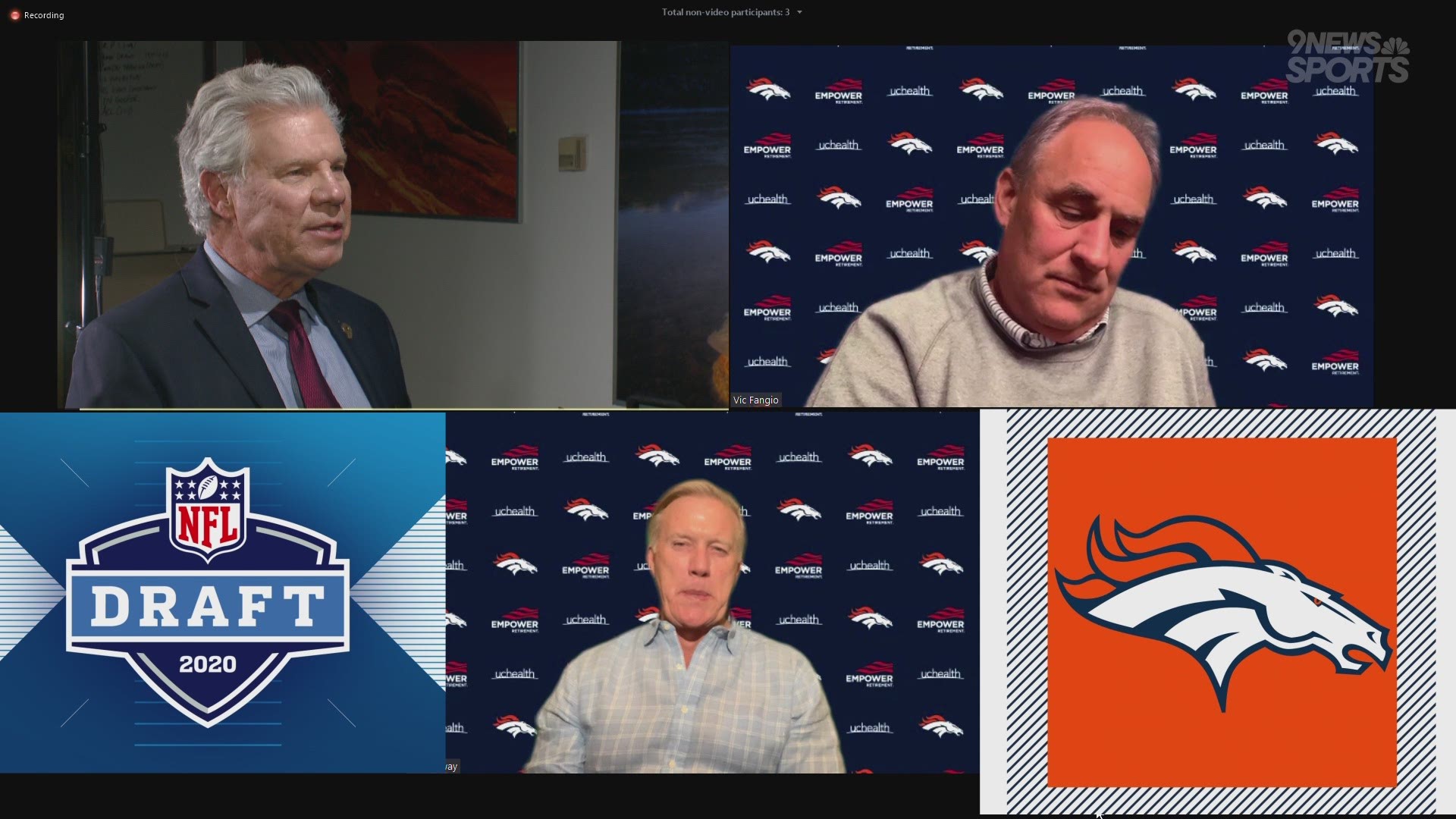 DENVER — To the dismay of a few draft analysts, radio sports talk hosts and mocksters, the Broncos wound up with zero left tackle competition for Garett Bolles over the weekend.

And try as they have to find a first-round replacement for Todd Davis, the Broncos’ veteran inside linebacker lives on for another season.

The NFL Draft, you see, is not just about adding new, young players each year. It’s also about bringing threats of employment, or votes of confidence, to a team’s current players.

The Broncos’ 2020 draft was tough on the receiver likes of DaeSean Hamilton and Tim Patrick. First-round pick Jerry Jeudy and second-rounder KJ Hamler have to play somewhere and it won’t be in Courtland Sutton’s spot.

Through draft-pick absence, the big winners among Denver's holdover players were Bolles and Davis.

The Broncos not only didn’t take a left tackle within the first three “starter” rounds, they also didn’t pick up a developmental tackle in rounds four through seven.

Bolles still has to beat out friend and teammate Elijah Wilkinson. (The Broncos have not expressed interest in 38-year-old, free-agent left tackle Jason Peters). But Bolles is the clear favorite to keep his job.

For all his holding penalties, Bolles has first-round physical talent. Wilkinson is an overachieving, undrafted lineman whose NFL experience to date is at right tackle and right guard. The hope is for Bolles to start at left tackle, Ja'Wuan James to stay healthy and play right tackle and Wilkinson to serve as a swing tackle.

A word of caution. While John Elway showed confidence in Bolles by addressing other team needs in the draft – specifically speed at the pass-catching positions of receiver and tight end – the Broncos’ general manager is not ready to put his arm around his 2017 first-round draft pick and give him an attaboy.

“Bolles is going to come in and compete,’’ Elway said in a Zoom interview with 9News on Saturday night. “Obviously, everyone’s frustrated with Garett. He’s got to stop with his penalties but he did some good things later in the year. He got better. I think (offensive line coach) Mike Munchak did a heckuva job and (assistant offensive line coach) Chris Kuper they did a heckuva job with him.

“He still has the ability. He’s got to learn – he’s got to stop the penalties. Those are unacceptable anymore. He’s going into his fourth year. They have to stop. But Garett is going to come in and compete. And Vic will tell you that, too. He’ll come in and compete with Eli at left tackle and for Garett to go on with his career he’s going to have to correct those problems he’s had in the past as far as when it comes down to penalties.”

In other words, Bolles shouldn’t feel overconfident just because his team didn’t draft a left tackle. At the very least, it would be a surprise if the Broncos picked up the fifth year option on Bolles' contract at $11.064 million for the 2021 season. (The fifth year option for 2017 first-round draft picks remains guaranteed only against injury. Starting next year, fifth-year option pickups for 2018 first-round draft choices will be fully guaranteed.)

Credit: AP
Denver Broncos inside linebacker Todd Davis (51) lines up against the Indianapolis Colts during an NFL football game in Indianapolis, Thursday, Dec. 14, 2017. The Broncos defeated the Colts 25-13. (Jeff Haynes/AP Images for Panini)

The Broncos had Bush on their draft card, ready to turn in as their No. 10 pick last year. And then came a trade back with the Steelers. It was Pittsburgh that took Bush at No. 10 while the Broncos received a bounty of young talent in return, beginning with tight end Noah Fant at No. 20 in last year’s draft.

This year, the Broncos tried to trade back into the end of the first round to get Queen but the LSU linebacker had too much speed for Baltimore and former Broncos defensive coordinator Wink Martindale to pass up at No. 28.

“If we had Devin Bush we don’t have Drew Lock or Lloyd Cushenberry,’’ Elway told 9News, referring to the second-round selection the Broncos received from the Steelers to select the quarterback Lock last year and third-round pick that netted the center Cushenberry this year. “Or Noah Fant. So let’s put that into perspective when you talk about Devin Bush and the inside linebacker with Todd Davis.

“Instead of those three players we have Devin Bush. So with that perspective things worked really well for us. Todd Davis is still playing good football for us. He’s got a year left on his contract. We might try to get better inside, we’d like to try to get better at a lot of other places.’’

Free agency and the draft have passed, leaving current players to assess the damage. Bolles and Davis are still standing. 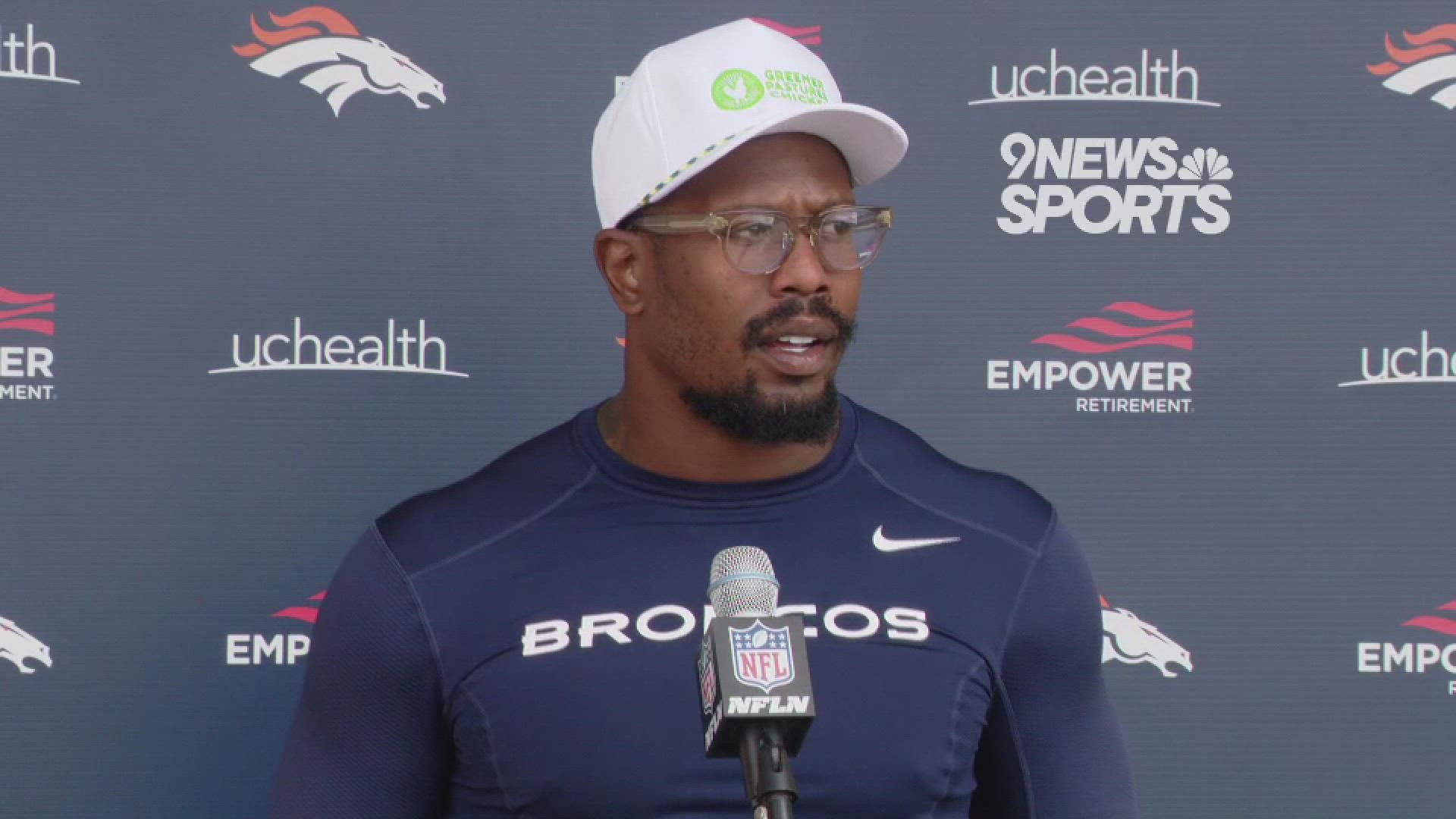