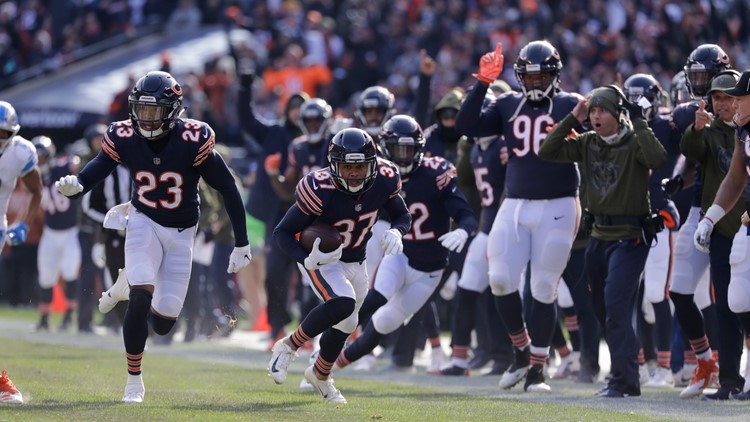 Given the way John Elway operates, free agency opens not on March 13, but one week from today.

Yes, next Monday, March 11, is only when the free-agent negotiating window is to open. The start of free agency doesn’t officially begin until 2 p.m. Wednesday, March 13.

Elway likes to get ahead of the frenzy. Last season, the Broncos’ general manager finished a deal with quarterback Case Keenum for two years and $36 million on the first day of legal tampering, two days before the market opened.

When Keenum didn’t work out, Elway went to Plan B for this season and traded for Baltimore’s Joe Flacco on Valentine’s Eve – a full month before the free-agent and trade season opens.

The point is, Bronco fans should be ready for Elway to make another major move as soon as one week from today. Here are the Broncos positions of need, and free agent players that could be on their shopping list:

The Broncos are so depleted at this position they need to pick up a No. 2 and No. 3 cornerback to play alongside Chris Harris Jr.

This position would come into play only if the Broncos move on from Darian Stewart and they don’t think any of their young backups – Will  Parks, Dymonte Thomas and Jamal Carter – are quite ready to become a full-time starter alongside Justin Simmons.

The Giants’ Landon Collins would be a splash signing. Then there’s Adrian Amos, a four-year starter for Fangio and Donatell with the Chicago Bears. Amos could help set the defense for the other Bronco players.

I heard from a couple people at the combine the Broncos have interest in Tampa Bay’s Adam Humphries. How much interest won’t be known until the free-agent negotiating window opens a week from today when it becomes time to talk money.

Humphries is coming off the best year among all free agent-eligible receivers as he had 76 catches for 816 yards and five touchdowns for the Bucs in 2018. Humphries is also a solid punt returner, which would fill another underrated void on the Broncos’ roster.

Humphries works out of the slot and though Denver already has a very good slot receiver in Emmanuel Sanders, Sanders’ preference is to stay outside.

Other free-agent receivers who would give the Broncos a boost are the Eagles’ Golden Tate and Mike Wallace, the Chargers’ Tyrell Williams, Baltimore’s John Brown (if Broncos are convinced his sickle cell trait won’t be a problem), Washington’s Jamison Crowder, Jacksonville’s Donte Moncrief and Cleveland’s Breshad Perriman.

The Broncos need one for their throwback, zone-block running offense. Jeff Heuerman would fit if the Broncos can re-sign him before he hits free agency. Heuerman has developed into a nice, two-way (blocking and receiving) tight end. If only his tall, strong body wasn’t so susceptible to injury. He’s missed 27 games through his first four seasons – 11 in his last three.

If Heuerman gets a better deal elsewhere, Baltimore’s Nick Boyle is considered one of the league’s best blocking tight ends. The best all-around tight end in this free-agent class may be Pittsburgh’s Jesse James, who played the last four seasons alongside Mike Munchak’s offensive line.

James had 112 catches the past three seasons, an average of 37 per year. What has to really impress the Broncos, though, is he hasn’t missed a game since he started dressing for the second-half of his rookie season in 2015 – a streak of 56 consecutive games.

Durability hasn’t exactly been a strength of the Broncos’ tight end room in recent years.

New England just cut Dwayne Allen, but the Broncos aren’t among the multiple teams reportedly visiting with the veteran.

The Broncos’ certainties are Garett Bolles at left tackle, Ron Leary at left guard and Connor McGovern at either center if Matt Paradis leaves via free agency or right guard.

Paradis will hit the market next week and field offers. The Broncos will monitor his situation and they could make a competitive counter.

The Broncos are also trying to sign guard-right tackle Billy Turner before he hits free agency.

So depending how it plays out, the Broncos will need either two starting offensive linemen, or none. They had interest in Miami right tackle Ja’Wuan James last year.

If they wind up in the market for centers, the Broncos could look at Kansas City’s Mitch Morse, the Steelers’ B.J. Finney or Minnesota’s Bret Jones.

There are so many first- or second-round caliber defensive linemen in the draft, the Broncos could wait until late-April to snag Domata Peko’s replacement at nose tackle.

But the Broncos have always given good looks to defensive tackles with experience. Sheldon Richardson, Colorado State-Pueblo’s Michael Pennel, Christian Covington, Brent Urban, Henry Anderson and Darius Philon are among the possibilities.

With Brandon Marshall about to get his release, the Broncos need an inside linebacker in their 3-4 defense who can run. Todd Davis and Josey Jewell are both terrific players -- just not cover guys.

It makes sense for the Broncos to go young at this position and train him along with Davis and Jewell. LSU’s Devin White is often mentioned as the Broncos’ No. 10 pick in the draft, but he could go a couple spots before.

In free agency, the biggest name is Baltimore’s C.J. Mosley, although he’s not the best cover guy. The Eagles’ Jordan Hicks may be a more well-rounded linebacker. The Broncos will find it difficult to compete with the Indianapolis Colts or New York Jets in free agency as those have more salary cap space than they can spend.