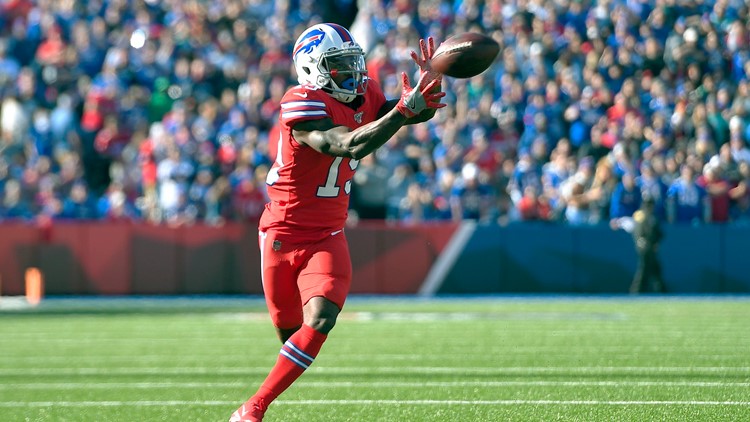 Former Bronco Isaiah McKenzie gets another 1-year deal with Bills

The Bills reached an agreement to re-sign receiver the young wide receiver to a one-year contract on Tuesday.

McKenzie was a free agent after Buffalo relinquished its rights by not issuing him a qualifying offer this offseason.

The speedster was a fifth-round pick by John Elway and the Broncos in 2017, but struggled despite being given ample opportunities to succeed. In his rookie year alone, McKenzie muffed six punts.

After several stints on and off the Broncos roster to start 2018, McKenzie was eventually gone for good when the Bills claimed him off waivers on November 5.

He returns for a second full year in Buffalo with the new deal inked Tuesday.

RELATED: The season Bronco Isaiah McKenzie hopes we all forget

RELATED: McKenzie is out, Taylor is in as Broncos punt return man