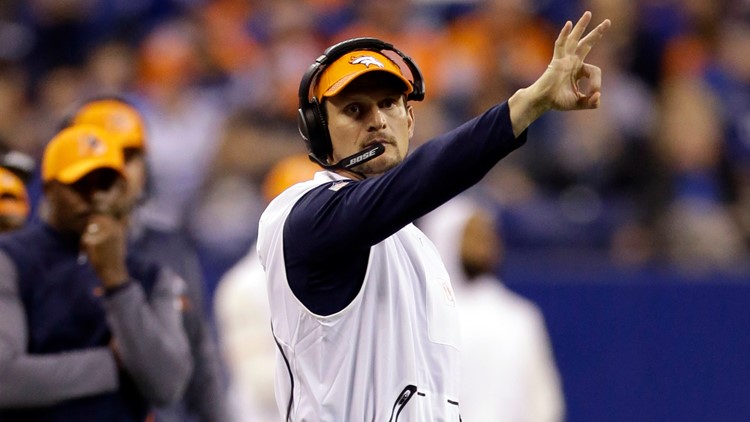 Photo by: AP
Denver Broncos special teams coordinator Brock Olivo signals from the sideline during the first half of an NFL football game against the Indianapolis Colts in Indianapolis, Thursday, Dec. 14, 2017. (AP Photo/AJ Mast)

Former Broncos special teams coordinator Brock Olivo has be quarantined in Italy for nearly six weeks due to the coronavirus, according to the Chicago Tribune.

Olivo, who was with the Bears the last two seasons after coaching in Denver in 2017, described Italy's conditions as "as close to apocalyptic as we have ever seen."

After running out of NFL options, Olivo went to Italy on February 14, accepting a job to coach for the Lazio Ducks, a team that plays in Italy's top American football league.

“I got back here right about the time this thing was starting to take off,” Olivo said according to the Tribune. “I’ve basically been here since the onset. Shortly thereafter, it started exploding up in the northern part of the country and from then on it’s been... unreal."

Olivo, 43, did say he is healthy and so is his family, including his 10-year-old daughter. However the coach acknowledged he knew some in Italy's American football community who died from the virus.

"People are reaching out with concern, and it’s nice because you realize the relationship goes beyond the white (coaching) lines," Olivo said "Now I have reason to be concerned about their well-being.”

Olivo has no plans to leave Italy and hopes to coach with the Ducks whenever playing football in the country is possible again.