Edelman has been dealing with a knee injury. He announced retirement Monday in a video statement, saying "I’m honored and so proud to be retiring a Patriot." 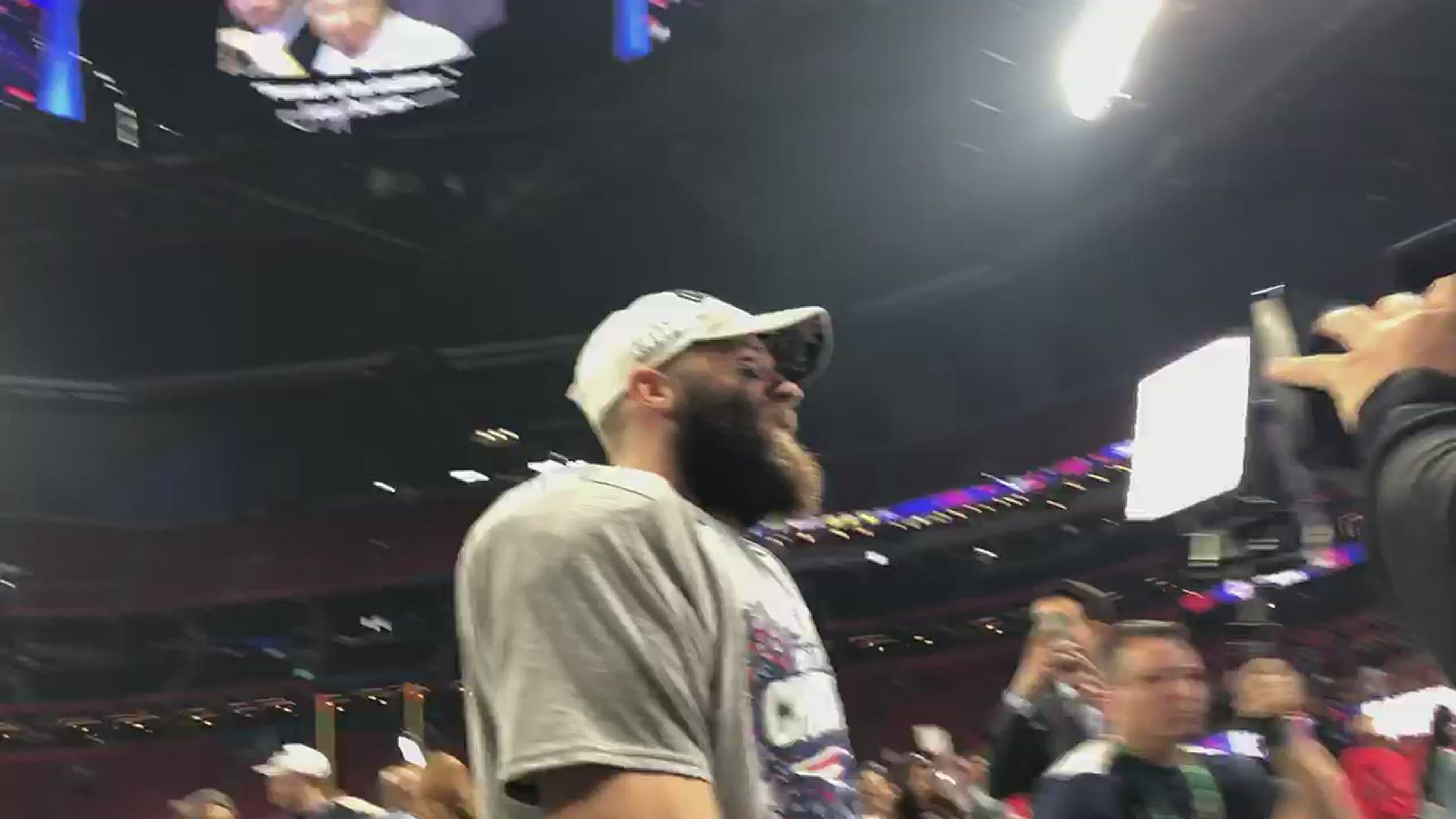 Ian Rapoport of NFL Network said in a Tweet Monday afternoon that according to wire reports, the Patriots terminated Edelman's contact, listing the reason as a "failed physical."

Mike Reiss, an ESPN reporter covering the Patriots, also said in a Tweet Monday that Edelman showed up on Monday's transaction wire "as having his contract terminated by the Patriots."

"Edelman has been mulling retirement and this could just be a precursor to that announcement," Reiss continued.

While Julian Edelman showed up on today's transaction wire as having his contract terminated by the Patriots, Edelman has been mulling retirement and this could just be a precursor to that announcement.

The #Patriots have terminated the contract of WR Julian Edelman, per the wire. He’s listed as a failed physical.

“Nothing in my career has ever come easy and this isn’t going to be easy either. I always said I would go into the wheels come off. They finally have fallen off," Edelman said in the video, backdropped under the lights of Gillette Stadium.

Edelman, 34, has been dealing with a knee injury, and according to Rapoport in February, wanted to continue playing but was unsure how healthy his knee would be at the start of the 2021 season.

Edelman had knee surgery in October for an undisclosed injury and missed 10 games last season.

"Due to an injury last year I’ll be making my official announcement of retirement from football. It was a hard decision, but the right decision for me and my family. I’m honored and so proud to be retiring a Patriot," Edelman continued to say in the video.

Around 7 p.m., the Patriots made a statement.

"By any measure of what constitutes an elite NFL career – wins, championships, production – Julian has it all," Patriots head coach Bill Belichick wrote in a statement. "Few players can match Julian’s achievement, period, but considering his professional trajectory and longevity, the group is even more select."

On the biggest stage and in the biggest moments, you always came through. You never lost that chip on your shoulder and you never let anyone define you as a person or player. I’m proud of you Jules. Love you @edelman11 https://t.co/7i5Qb6msor

Edelman, who was drafted in 2009 in the seventh round, has won three Super Bowls with the Patriots and was named MVP of Super Bowl LIII.

"It's been the best 12 years of my life. It's [been] a hell of a run," he said, "and I can't forget you, Patriot Nation. You guys have welcomed me and my family to a region we didn't know. But now, I'm one of you. I'm going to leave you guys with two words: Foxborough forever."

Here's the post-game from #SuperBowl LIII, when @Edelman11 was named MVP. If this is in fact a nod towards retirement, what an incredible career he had with the #Patriots -- but PLEASE don't retire, then come out of retirement to play with *ahem ANOTHER TEAM pic.twitter.com/Zv0z6Kg5FX