Reduced capacity is just one of several big changes viewers will notice this Super Bowl Sunday. 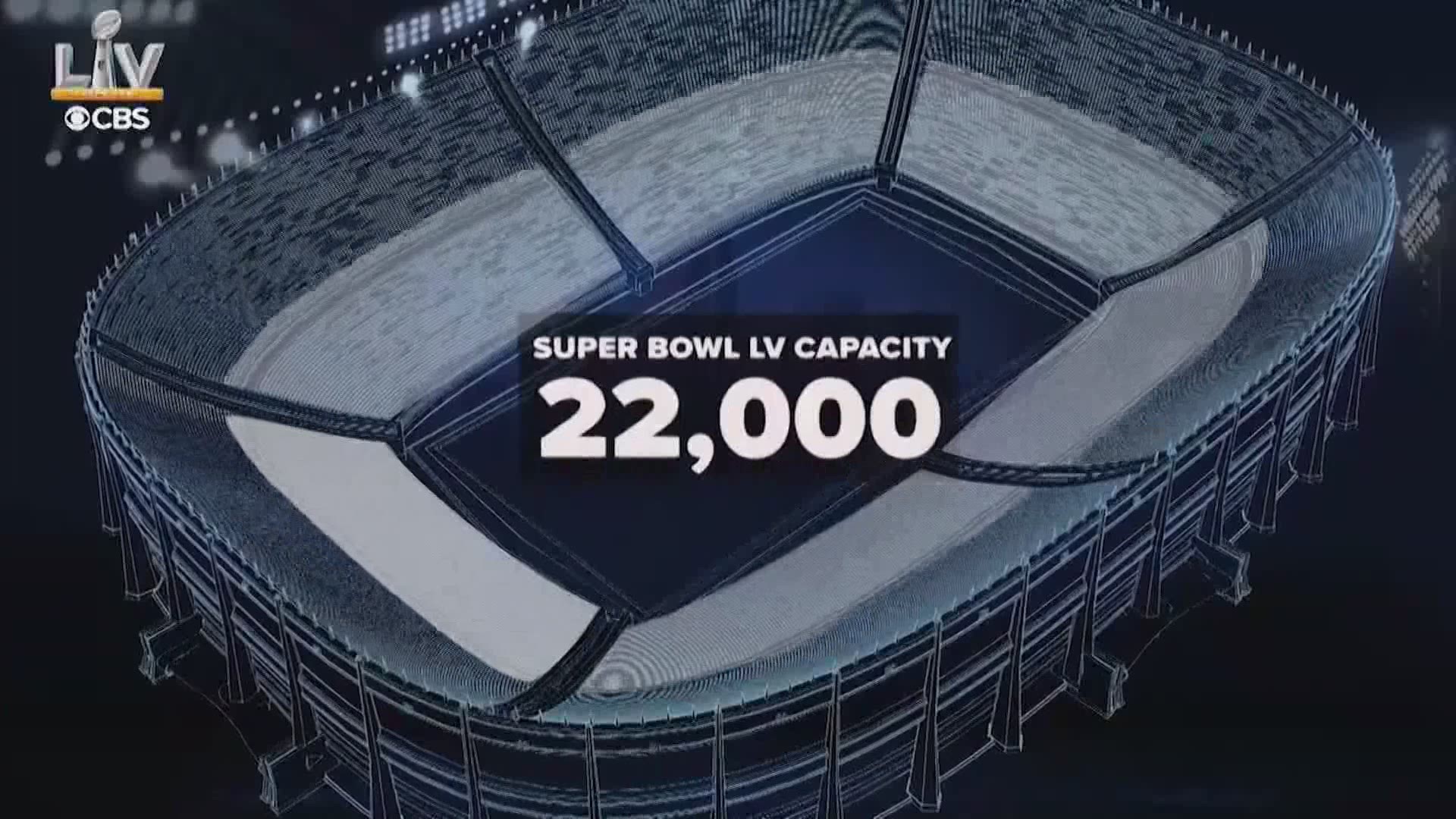 TAMPA, Fla. — Super Bowl LV in Tampa will be unlike anything we've ever seen before. The big game is happening in the middle of a global pandemic, so you won't be seeing any of the crowds we saw in Houston in 2017.

Let's start with the stadium: Normally 65,000 fans can be seated at full capacity at Raymond James. The NFL cut that down to a third at 22,000.

7,500 of those fans will be vaccinated healthcare workers on the frontlines fighting the pandemic. They'll be staggered across the stadium behind non-vaccinated fans. Those fans will have at least three seats between one another on both sides. And no one will sit directly in front or behind them.

Expect to see a lot more fan cutouts to fill in empty areas. The NFL says every fan, guest and worker will receive a KN95 mask, hand wipes, sanitizer and a safety card.

Those masks must stay on while you're in the stadium. The NFL does not want this to become a super spreader event.

The Super Bowl Experience, a 7-day event that started earlier this week, will now be completely outdoors along a 2.7-mile Riverwalk. There will be limited capacity, and players won't host autograph signing sessions. But the Vince Lombardi trophy will be on display for fans to see.

And if you enjoyed JLo and Shakira last year, expect a longer halftime show this time headlined by the Weeknd. The NFL says this year's show will clock in at 24 minutes (it's usually 13 minutes). This year's show will be more of a cinematic experience, as the NFL expects a bigger viewing audience at home because of the pandemic.

And if you need one more reason to watch, history will be made Sunday when Sarah Thomas becomes the first woman to officiate in a Super Bowl.