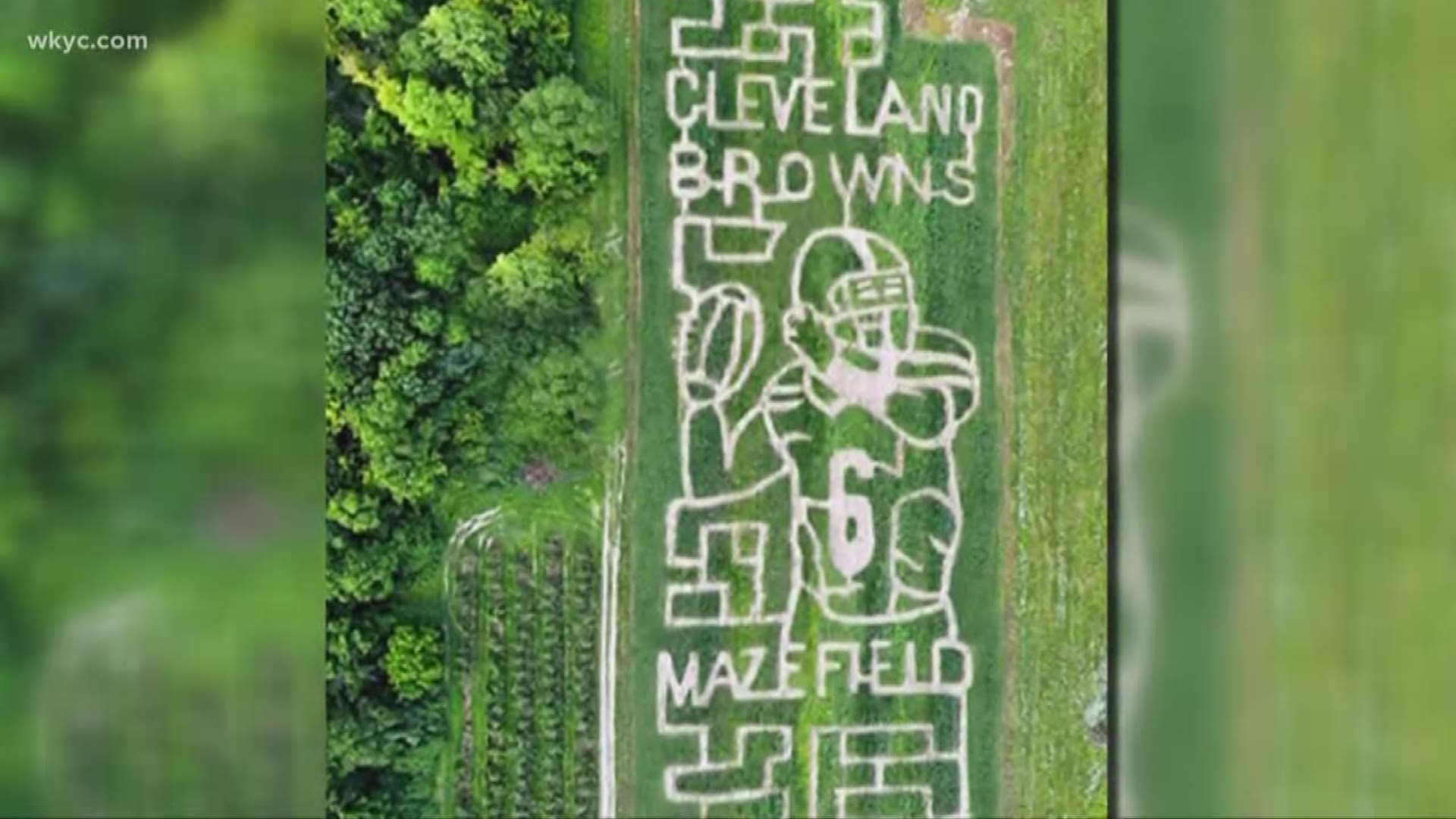 As the Cleveland Browns' 2019 season approaches, Baker-mania is running wild.

And one need not look any further than Mapleside Farms for evidence.

On Tuesday, the popular farm located in Brunswick unveiled its new corn maze: "The Mazefield," which pays homage to Cleveland Browns quarterback Baker Mayfield. Measuring in at seven acres, the corn maze depicts Mayfield wearing his No. 6 Browns jersey and throwing a touchdown pass, as well as the words "Cleveland Browns" and "Mazefield."

"John Dorsey said he wants to awaken the sleeping giant and that’s exactly what Baker, Myles, Odell, and really the entire team is doing.” said. “Cleveland is a football town and it’s amazing to see the excitement and commitment after some of the darkest seasons in Browns history. It was an easy decision when it came time to pick this years theme for our corn maze. The hard part was fitting someone larger than life into a 7 acre corn maze.”

Credit: Ron Schwane
Cleveland Browns quarterback Baker Mayfield throws during the first half of the preseason opener against the Washington football team at FirstEnergy Stadium in Cleveland on Thursday, August 8, 2019.

"The Mazefield" is set to open on Friday, August 23rd as part of The Shindig and will remain open as part of Pumpkin Village through Mapleside’s Fall Festival season and Wine Your Way Thru events. Festivals will run every weekend through October 27th with a new theme slated for each week.

RELATED: The Baker Mayfield Report: Nothing but positives in Cleveland Browns’ win in preseason opener

Selected with the No. 1 pick in the 2018 NFL Draft, Mayfield emerged as one of football's most popular players in football last season. Appearing in 14 games, the former Heisman Trophy winner completed 63.8 percent of his passes for 3,725 yards and an NFL rookie record 27 touchdowns, leading the Browns to their best record (7-8-1) since the 2007 season.